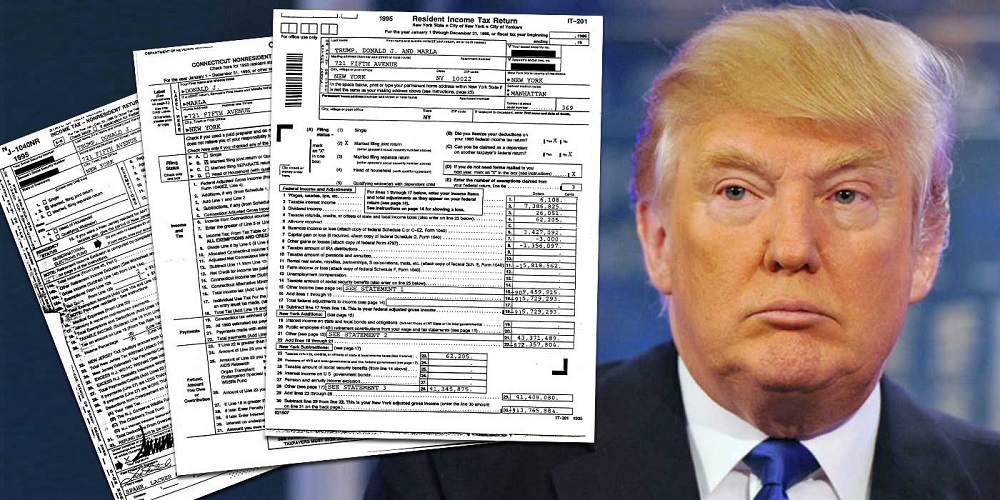 Donald Trump resisted claiming ‘fake news‘ when it came to The New York Times investigation into how he actually made his fortune, but instead, said it was ‘old news.’ Old news or not, the IRS doesn’t take kindly to cheaters and could slap tens of millions of dollars in civil fines on the president.

Trump insists he did nothing wrong on his taxes, but experts say he could be on the hook for tens of millions of dollars in civil fines if state and federal authorities substantiate a New York Times report that found he and his family cheated the IRS for decades.

The statute of limitations for bringing criminal charges has long run out, but civil cases have no such limits, and the financial penalties could be staggering. Civil fraud charges for intentionally underpaying taxes, as the Times alleged the Trump family did, could include a penalty of up to 75 percent of the unpaid federal taxes and double the unpaid state amount, experts said. 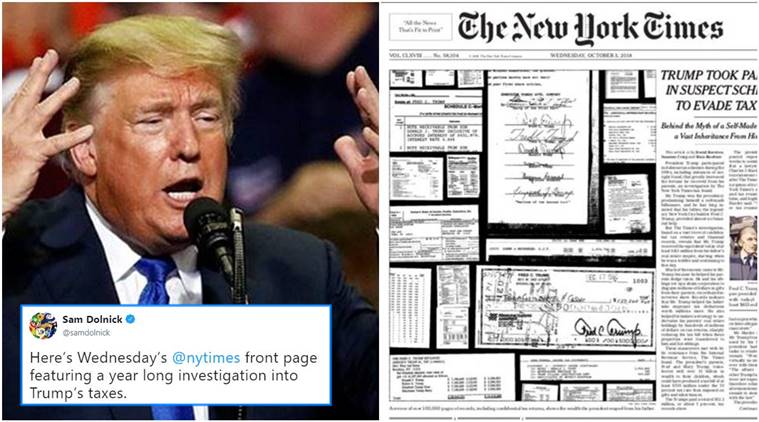 The penalties “could be substantial, and if the allegations are proven in court, they should be levied,” said Norman Eisen, chairman of Citizens for Responsibility and Ethics in Washington and former chief ethics counsel in the Obama administration.

The New York tax department said it is studying the Times’ 15,000-word report and “vigorously pursuing all appropriate avenues of investigation.” New York City also said it would investigate. A spokesman for the Internal Revenue Service declined to comment.

Trump tweeted that the newspaper did “a very old, boring and often told hit piece on me.”

The White House dismissed the report as a “misleading attack against the Trump family by the failing New York Times,” but spokeswoman Sarah Huckabee Sanders said the newspaper got one thing right: Trump’s father not only did deals with his son but heaped praise on him by saying “everything he touched turned to gold.”

A lawyer for Trump, Charles J. Harder, told the Times that there was no “fraud or tax evasion” and that parts of the report were “extremely inaccurate.”

The Times said Trump received at least $413 million from his father over the decades, much of that through dubious tax maneuvers, including outright fraud. The report contradicts Trump’s portrayal of himself as a self-made billionaire who started with just a $1 million loan from his father.

Tax law experts expressed skepticism that the IRS would mount any civil investigation. The main reason, they said, is that the Times account says IRS officials have already conducted extensive audits of the estate left by Trump’s parents.

“That ship has sailed,” said Mark W. Everson, who was IRS commissioner during President George W. Bush’s second term and is now vice chairman of AlliantGroup, a Houston-based corporate tax advisory firm. He added: “I would be concerned were the service to reach back that far in time, given that it could only be doing so because of the person’s current position.”

In addition to maneuvers aimed at avoiding estate taxes, the Times reported that the president’s father, Fred Trump, paid no federal gift taxes on seven buildings that were transferred to Donald Trump and his siblings.

There is typically a three-year statute of limitations on federal gift inquiries, but that doesn’t apply when a gift is made without being reported to the government. And if the donor is dead, the IRS would have the ability to go after the beneficiary of the gift for unpaid taxes, Kaufman said.

In New York, tax officials had already been looking into whether Trump or his charitable foundation misrepresented their tax liability. State law would allow them to seek civil penalties if they can show someone intentionally sought to evade taxes, even decades ago. Those who lose such cases are often required to pay their back taxes along with penalties.

In August, the state subpoenaed former Trump attorney and “fixer” Michael Cohen as part of the probe.

The state investigation follows Democratic state Attorney General Barbara Underwood’s lawsuit alleging Trump illegally tapped his Trump Foundation to settle legal disputes, help his campaign for president and cover personal and business expenses, including the purchase of a 6-foot portrait of himself for $10,000.

Eisen said that if Democrats win the House in November, they will have the investigative muscle and subpoena power to scour Trump’s latter-day tax records and see whether the tax schemes alleged by the Times have continued.

Former IRS Deputy Commissioner Mark E. Matthews cautioned that the IRS would not be obligated to conduct an investigation if Congress turned up new evidence of continuing tax maneuvers, but added: “The agency knows where its bread is buttered. If it gets to the point of a full committee report with new evidence, somebody at the IRS will take a hard look. But there’s no guarantee they’d go beyond a look.”

The federal tax code’s statute of limitations for criminal cases is typically no more than six years, legal experts said. To bring criminal charges, investigators would have to find a continuing tax fraud conspiracy that stretched into recent years, they said.