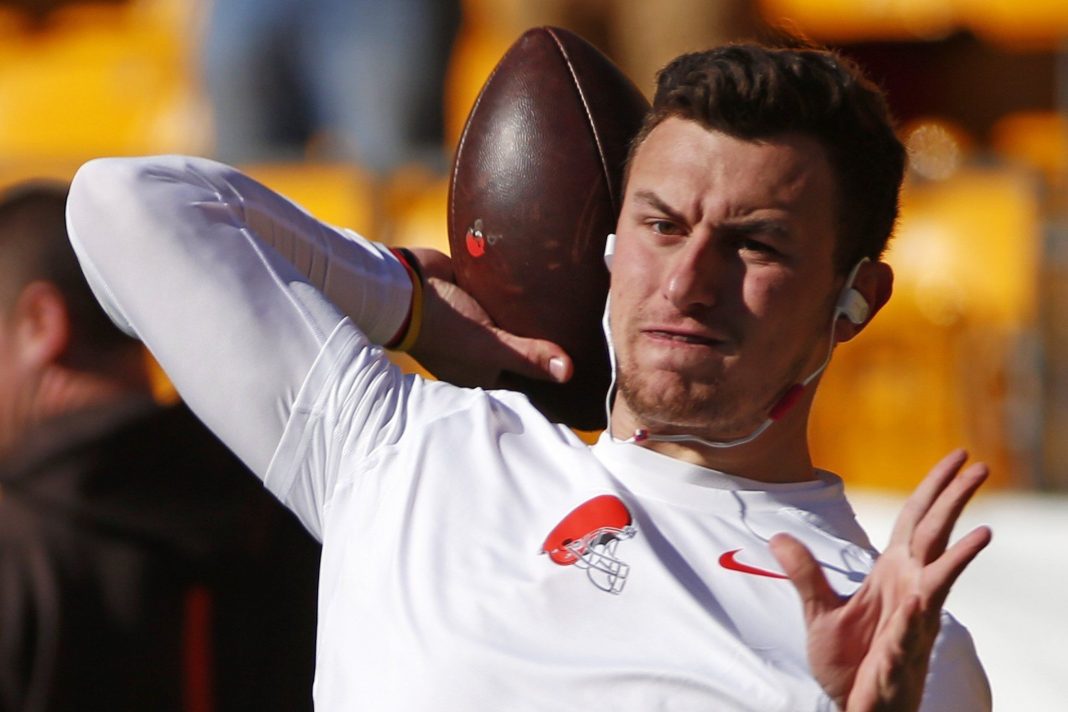 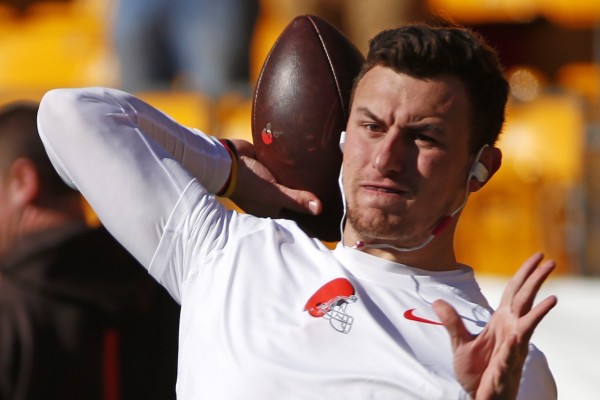 It’s here—the Johnny Manziel era in Cleveland is finally here! Despite his blatant hatred of Johnny Boy, Cleveland Browns head coach Mike Pettine finally gave into pressure from the fans, the media, the players, the front office, the owners, common sense, and just about anyone or anything else. Everyone wanted Johnny.

“The performance against [the Pittsburgh Steelers] validated for us the progress that he has made, the improvement he has shown and that he deserves this opportunity,” said Pettine.  “It’s something that we understand where our season is, at this point, and this is a kid that we have invested a lot in. This will give us an opportunity to see how far he has come and what he’s capable of.”

To translate: “I still hate this little thug, but the front office has my seat warmer cranked all the way up, so I have no choice.”

At the end of the day, no matter what Pettine thinks of Manziel, he will be the franchise quarterback moving forward—exactly what he was brought in to be.

And let’s face it, it’s hard to argue against the move. No matter what you think about Manziel or how much better you may say veteran Josh McCown is, numbers don’t lie. The Browns are 2-8, most likely missing the playoffs for yet another season, and McCown has given nothing to say that a miraculous turnaround is coming soon.

Manziel is sitting on 933 yards, five touchdowns, only two interceptions, and 90 rushing yards this season, and he is coming off a career-high 389 yards in the loss to Pittsburgh. Also, the NFL won’t be suspending him that roadside incident with his girlfriend. So basically, as long as he doesn’t embarrass himself or the franchise, Manziel could be sticking around for a while, and—in an extremely ironic twist—may even be the one to save Pettine’s job.

“I let Pett know that I’m not going to do anything that’s going to be a distraction to this team or be an embarrassment to the organization,” said Manziel. “I’m going to get a chance to go and relax like everybody else in this locker room is. I don’t think they’re going to have to worry about me this week.”

Unrealistic Only In My Wildest Dreams Bold Prediction: Browns upset New England in the AFC Championship.

Manziel got another not so surprising break as he won’t be disciplined for the incident with his girlfriend. If you don’t remember that one, he was driving with his girlfriend back in October and things got out of hand (literally with his girlfriend, Colleen Crowley getting some bruises), but as long as your white in the NFL, you can beat the fuck out of your girlfriend as she obviously doesn’t matter to Roger Goodell. I guess if she were married to him, maybe Goodell and the NFL would do a little more.

Here’s the statement put out:

“Consistent with the procedures of the league’s Personal Conduct Policy, we have examined the available evidence regarding the recent incident involving Johnny Manziel,” the league said in a statement. “Our investigation included a thorough review of information from law enforcement and our own interviews with multiple individuals, including the two involved in the incident. Based on the information gathered, we have concluded that there is an insufficient basis on which to take disciplinary action. In all cases of this nature, our concern under the Personal Conduct Policy goes well beyond the issue of discipline, and we have made comprehensive professional resources available on a confidential basis.”

Manziel had this to say after wiping his mouth from some serious ass kissing or something that he did to get away with this one:

“I appreciate the NFL’s diligence and discretion in reviewing a situation that was both personal and embarrassing,” Manziel said in a statement through his friend and advisor, Brad Beckworth. “Colleen and I cooperated fully with the NFL’s process and completely support their goals of making sure that every family under their umbrella is safer and more secure. I’m grateful that the review was so thorough and fair that there should be no question left in the public mind about what actually happened. I’m looking forward to focusing my energies on our start against the Ravens and bringing in a win for our fans in Cleveland.”

So, as I’m sure Johnny Football will continue knowing that since he’s all white to the NFL, he’ll continue being able to beat the fuck out of any woman he wants, and be grateful that he’s got that lily white skin. If he was black, we all know it would have been a very different situation.