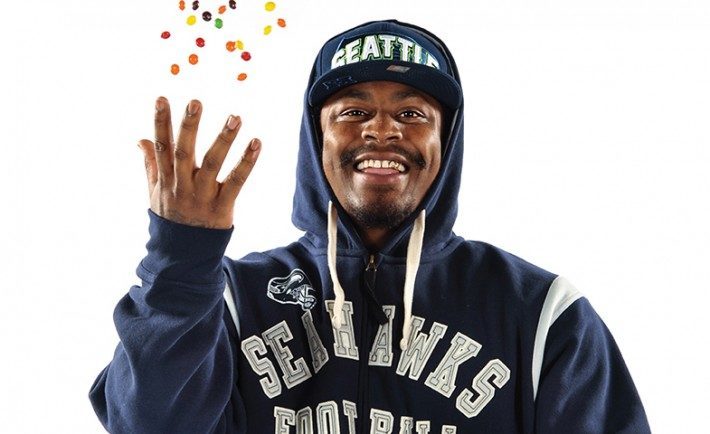 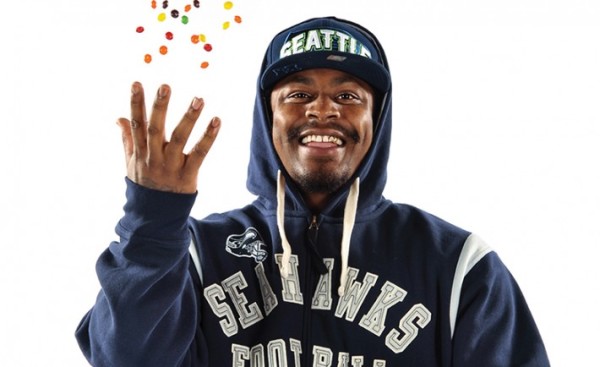 NFL Grown Man of the Week: Marshawn Lynch is not one to toot his own horn. Hell, he barely wants to talk at all it seems. But when it comes to taking care of his fans he opens up.

The Seattle running back gave a McDonald’s worker $500 after the guy complimented Beastmode on his kicks.

NFL Child of the Week: Greg Hardy again. Late for work last week and missed meetings to top the tardiness. Way to go Greg. I could probably just change the name of this loser section to “Hardy of the Week.”

Winner: Ben Roethlisberger. The guy was the backup as he was suffering from a foot injury from last week’s game, yet was called upon when Landry Jones went down with a bad foot himself early in the Browns game. Big Ben went off, making a few brave (see lucky) daily fantasy users very happy.

He led his Steelers to a blowout win versus the Browns 30-9.

Loser: Peyton Manning, who “led” his Broncos to a devastating home loss to the lowly Kansas City Chiefs. Manning threw four interceptions and finished the game with negative fantasy points. The pity shown for Peyton from multiple commentators was, well quite pitiful in and of itself.

Manning is not the player he was even when healthy and now stays hurt enough to make him look like a bottom ten QB. Father Time remains undefeated.

Winner: Tom Brady, whom I will stop referring to as the Golden Boy and will simply call “The One.” Brady led his team to a close win over their Super Bowl nemesis New York. Brady did this without Dion Lewis who is out for the year and the Pats QB also had to make it work without Julian Edelman who went down with a broken foot in this game.

If Tom Brady is able to take this team to another Super Bowl win as vital pieces around him keep dropping off, then his fifth Super Bowl win will be even more special.

Loser: I was one of the last to give Edelman credit last season, but this guy has the goods and has worked his ass off to become Brady’s go-to receiver. I hope he’s able to make it back for a playoff run.

Winner: Antonio Brown went bananas for the second week in a row. He didn’t catch 100 balls like last week but did haul in ten for two scores as he showed that he may well be the best in the NFL in a tight race with Julio Jones.

Loser: Denver’s ugly loss to the Chiefs may begin a late season slide. Peyton has been a hindrance to them, and Gary Kubiak may be forced to go with Brock Osweiler the rest of the way.

Winner: Carson Palmer’s go ahead drive versus Seattle was impressive and may end up being the point on the 2015 timeline when Arizona left Seattle in their wake. This team is dangerous as any in the League as long as Drew Stanton isn’t forced into action.

Loser: Seattle is now 4-5, and it will take another superhuman effort by the entire team to get to a third Super Bowl in a row. This team constantly has to come from behind which takes a toll each week. They managed to use that formula last year, but it can’t work forever.

Winner: Kirk Cousins can be an elite QB in the NFL. I’ve said it for a while now. As long as he controls his INT habit, the guy can rack up yards and touchdowns in the air. He obliterated the Saints in the first half with three TD passes and the Skins never looked back.

Loser: Drew Stanton. He never made it to the field for Arizona on SNF thankfully. He did, however, do some sort of bizarre dance celebration on the sideline that could get him cut from the roster. It was that bad. I give the guy credit for enthusiasm, but he lacked a lot in the style department.

Winner: Detroit finally got a win in Wisconsin for the first time since Abe Lincoln’s assassination. I don’t know what’s wrong with Green Bay or why the commentators made it a point to put Wisconsin in the streak that Detroit was trying to break. Is there another team besides Green Bay in that state? Just say the Lions haven’t beaten the Packers for the love of Lombardi!

Loser: Green Bay is going to cost me my NFC over the AFC bet, allegedly. They are falling fast and losing to Detroit has sure opened a lot of eyes around the League.

Winner: Cam Newton got his Panthers another win as they beat the Titans by 17. Newton also won the war of words about his touchdown celebrations. “Stop me if you don’t like to see it,” Cam stated after complaints from Tennessee. I don’t care for the showboating, but I agree that it’s the defense’s fault for letting him cross the goal line.

Loser: Sean Payton continues to look more and more like Sméagol from Lord of the Rings with each loss. The Saints should fire him before he turns into a full blown monstrosity before week 16.

Winner: Jeremy Langford is filling in nicely for Matt Forte and appears to have the same skill set as he racks up plenty of yards in the air and on the ground. He rolled over the Rams defense for 182 total yards on Sunday.