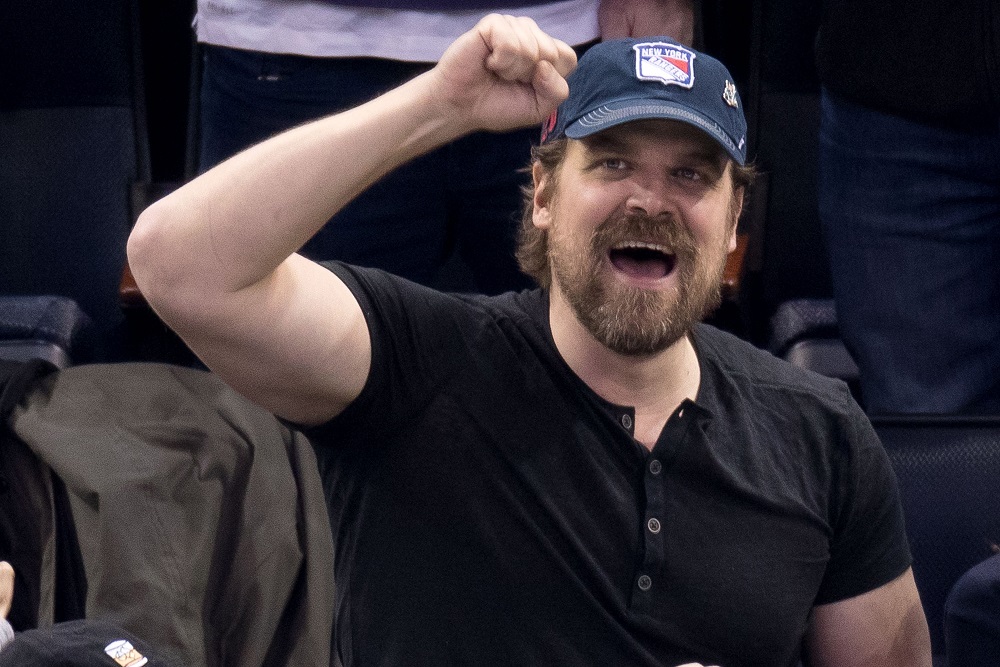 “Stranger Things” has been that rare show that seemed to have come out of nowhere and made a huge splash in popular culture while being stuck back in 1980’s culture. From the moment that opening title hits the screen, you are immediately drawn back to that time period.

Nearly everyone knows about “Stranger Things.” But who can explain what this enigmatic sci-fi-horror series is really about?

The second season of “Stranger Things” — all nine episodes’ worth — was released by Netflix on Friday, with much anticipation that paid off after watching them all. Nearly all the many ingredients that made the series an instant sensation with its debut in July 2016 remain in evidence: icky monsters and an alternate reality, technology gone wild amid government mischief, childhood innocence and teenage passions, the state of adulthood with its pressures and pitfalls, and all of it viewed through the soft-focus rear-view mirror of nostalgia (the series takes place in a small Indiana town in the 1980s). It’s a masterful creation by the somewhat enigmatically dubbed Duffer Brothers.

“Stranger Things” has been rightly saluted for its youthful sensibility. It “gets” kids like few other series do. And it has gotten extraordinary young actors to play them, both among the preteens, such as lisping Dustin (played by Gaten Matarazzo) and psychokinetically enabled Eleven (Millie Bobby Brown), as well as among the teens, who include high school lovebirds Nancy (Natalia Dyer) and Steve (Joe Keery).

As for the adults, Winona Ryder is impressive as single mother Joyce whose 12-year-old son, Will (Noah Schnapp), vanished in the series premiere after encountering a monster from the Upside Down other world.

It fell to Jim Hopper, chief of the Hawkins Police Department, to lead the official search for Will — a particularly fraught mission for Hopper after having lost his own daughter to cancer some years earlier, a trauma that plunged him into alcoholic despair.

As played by David Harbour, Hopper in the first season was a testy, emotionally absent father-figure for the whole community who nonetheless rose to the occasion — and, much to viewers’ surprise, became a fan favorite. “Something we tend to forget in storytelling is that a character doesn’t have to be likable right from the get-go,” says Harbour. “You don’t have to like him, you don’t have to feel affection, but you do have to pay attention to him. Hopper gets your attention, even without automatically getting your affection.

“That makes for such a deeper relationship when you have mixed feelings about him, rather than those relationships you have with simply heroic characters where you’re behind them the whole way.”

Harbour’s credits include the films “Quantum of Solace,” ″Revolutionary Road,” ″State of Play” and the forthcoming remake of “Hellboy.” He says from the first script for “Stranger Things” he detected in Hopper the bygone flawed heroes from films ranging from “The French Connection” and “The Conversation” to the Indiana Jones films and “Jaws,” with its beleaguered police chief played by Roy Scheider. 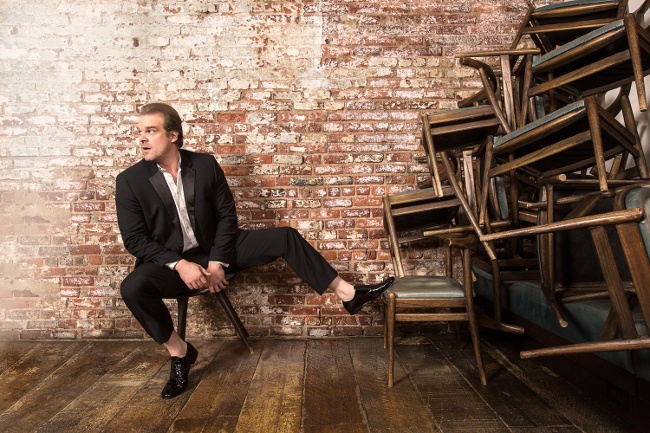 Harbour thinks his character’s gruff edge serves the show not only on-camera but behind the scenes in connecting with his young cast mates.

“I maintain a little bit of that distance with these kids because I care about them so much,” he says. “I feel their talent and intelligence, and I’m very protective of them: ‘All right, I know everybody thinks you’re great, but let’s settle down and get to work.’ And in return, they have a spontaneity and joy that’s infectious.”

However much he savored the dramatic possibilities for Hopper when he signed up, Harbour could have had no inkling of the cultural impact “Stranger Things” would have (“I was completely shocked,” he says). He remains at a loss even now to explain what for him, too, remains somewhat of an enigma.

“It’s hard to put into words what specifically this show is,” he says, “or to characterize what’s so good about it. At the end of the day, I think the Duffers are just really good storytellers.”

The second season begins, appropriately enough, just before Halloween, with a patch of poisoned pumpkins, a new champion at the video arcade (a girl!), and Will afflicted by flashbacks from his Upside Down abduction. Devo’s “Whip It” is among the vintage songs heard on the soundtrack, and the boys’ Halloween costumes are inspired by that new film hit “Ghostbusters.”

“Our show is earnest where a lot of stuff nowadays is kind of clever and jaded,” says Harbour, still trying to zero in on its appeal. “There’s not a fear to go to those places that could be sentimental but instead, are just richly emotional. This is apparently a nostalgia piece, like a love letter to the ’80s. But even though we’re using the alphabet of nostalgia, the sentences we make are original.” 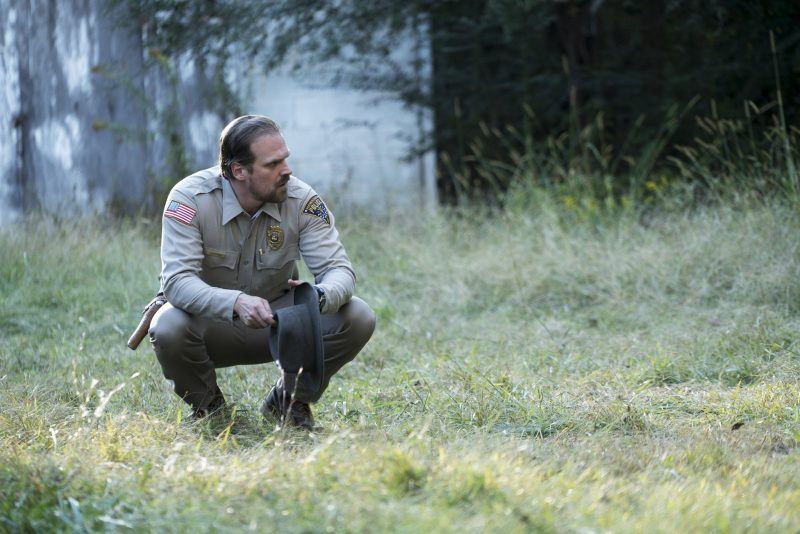 The first season was quite the character arc so what sort of emotional arc can we expect for Chief Hopper in season 2?

The first season was such a classic hero’s journey. What I started to realize with the new one is, once somebody has this heroic moment, this kind of savior moment, the danger then becomes: What are the limits to your heroism? Maybe you start to try to control things that you can’t control, or you start to think that you have powers beyond what you really have. I think that’s where we’re going to find him in Season 2, sort of coming up against that reality.

How is the dynamic between the kids and the adults on the show? Are the boys coming to you for life advice or other kinds?

[Laughs] Occasionally. And I will say, occasionally it’s super embarrassing. They’re becoming teenagers now — they’re like 14 and 15 — and so, of course, there are girl issues and body issues. They want to know about girls or a little bit about sex. They’re hormonal teenage boys, and I get it, I was that way, too, but I don’t feel like it’s appropriate that I have those conversations with them. So I offer them little bits of advice and then generally go off and get a cup of coffee and wait until it dies down.

You’re like the cool uncle they know they can come to with any question.

Sometimes when they get a little out of hand, I also am the guy who’s able to be on set saying, “All right, come on kids, let’s get down to work.” So in some ways I’m a cool uncle, and in some ways I’m like a nasty physics teacher.

Were you nervous about playing a supporting role on a show focused on kids?

No, from reading the pilot I knew that Hopper was a great, great character that they would do justice to. One of the things going into Season 2 is there is a father aspect to Hopper, but I certainly didn’t want to become the dad on “Full House,” or whatever, who’s just a dad. Hopper gets to go do very heroic things, and he gets to have this relationship with Joyce — you get to see him as full-fledged human being, and that was really important to me. 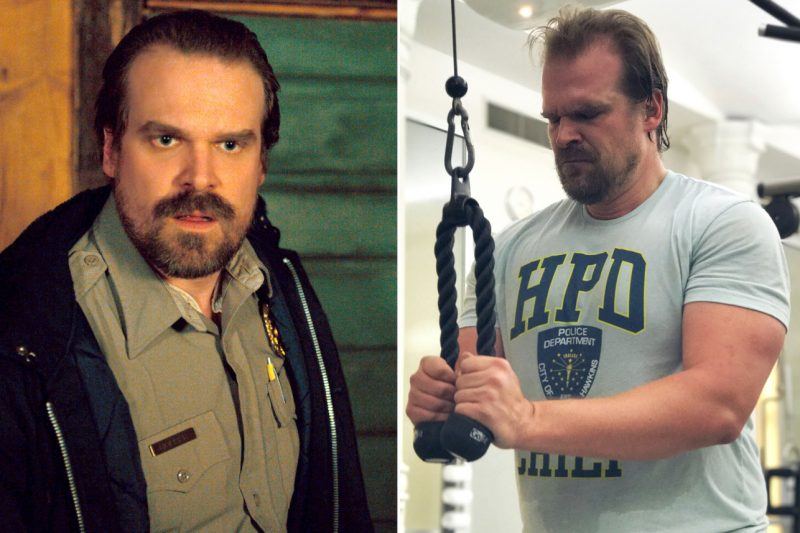 You’ve said that you were once told that you were “too fat” to play the Blob. Now you’re playing a shirtless superhero. How hard is it to maintain a healthy body image as a man in Hollywood?

The interesting thing about my career is for years I was trying to do that thing of getting in shape and looking cool — I would look at myself in camera angles and think how my chin looked the best and all this stuff. And I really couldn’t get that much work.

Then “Stranger Things” came along, and I had to really reinvest and go back to acting class and say to myself, “O.K. I’m going to throw my heart and my soul into this piece.” And part of that was letting go of a lot of my narcissism. In that first scene [in Season 1], where he’s shirtless, I had wanted to get all in shape, and this acting coach was like: “Come on, this guy doesn’t work out. Play the character. Don’t play the five roles in front of the character, just play that actual character.”

And that was where things turned around for me. It was like, “Oh, people want to see real human beings,” and I’ve been cynical about that, and here I have this opportunity. And I really took it.