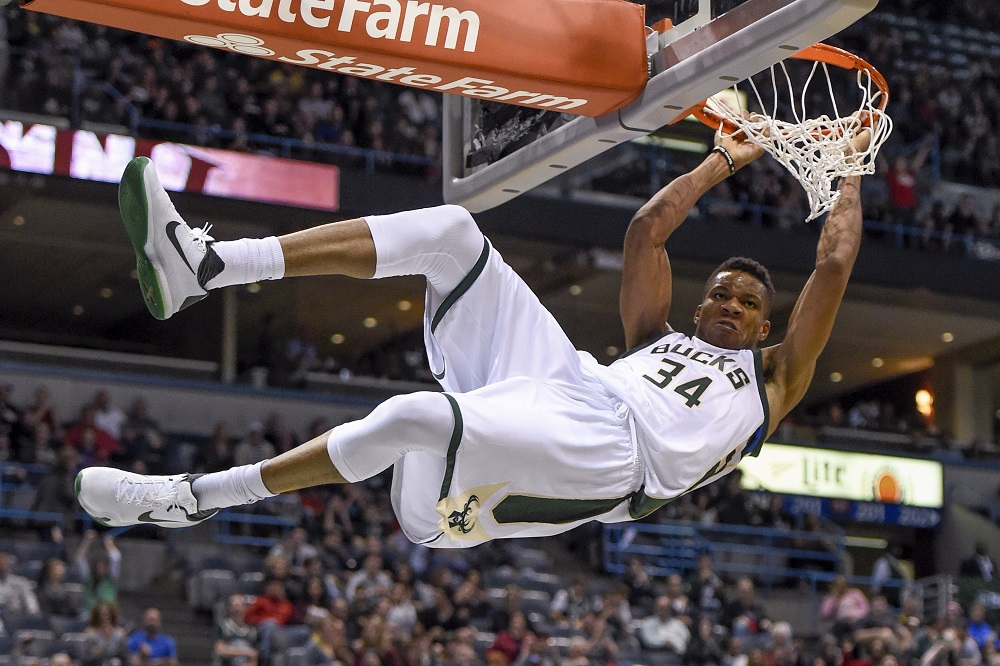 There’s a reason they call Giannis Antetokounmpo “The Greek Freak.” The man’s a freak of nature. His freakishly long arms, legs, and ability to turn practically any shot within half court into a layup makes stopping him nearly impossible.

And he’s only getting better. His numbers continue to improve year-over-year, and for what it’s worth, he’s averaging 38.3 points per game on nearly 70 percent shooting from the floor through the Milwaukee Bucks first three games of the 2017-2018 NBA season.

The talent has always been there for Giannis. The difference now is how he looks at the game.

“Definitely things are slowing down for me,” said Antetokounmpo. “Day by day, and game by game, the game becomes easier, and it gets a lot slower. From Day One, from Year One to Year Five, the game is a lot different. I couldn’t imagine, when I was a rookie, that I would be able to see the game the way I am seeing the game now. I think I can get a lot better.”

Antetokounmpo is an All-Star by any and every metric, so the idea that he isn’t playing up to his full potential should send chills down the spines of every player, coach, and fan outside of the Bucks organization.

“And I think I can play a lot smarter, too,” continued Antetokounmpo. “That was a good game [against the Boston Celtics], but I don’t think I played as smart as I think I am in that game. There’s a lot of things to improve on, and it’s kind of scary that I’m thinking about that. Because I could easily be saying, ‘Oh, we won, I had 37,’ and then just sit on my butt and be happy about it. But there’s a lot of things I can do better, and that’s kind of scary.”

Antetokounmpo is quickly climbing his way up the ladder of the top players in the world. While the name recognition isn’t quite there for him yet (after all, Milwaukee isn’t exactly the largest basketball market in the league), people are starting to come around to the idea that Antetokounmpo might be one of the top ten players in the NBA right now.

And if the Bucks continue to succeed this season, Antetokounmpo might even find his name on some MVP ballots.

Of course, with LeBron James in the league and the Golden State Warriors intact, it isn’t clear how well the Bucks can do this season. But as Antetokounmpo continues to improve, and the franchise continues to build around him, the future of the NBA will continue to take shape right before our eyes.