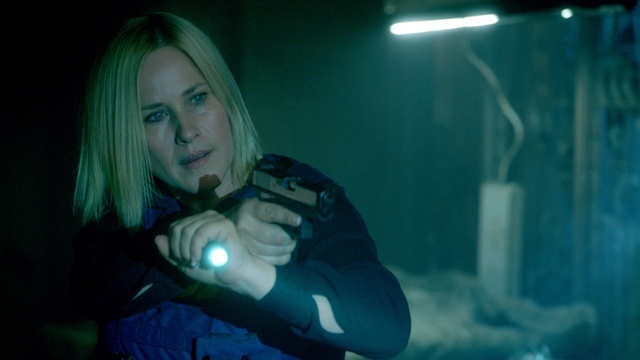 CSI: Cyber kicked off with some tense action as the wifi was down on four domestic Monument Air flights. The DHS was operating at a National Threat Level Yellow as a result. Five more flights on the same airline then lost their wifi signal at that moment. They speculated that one passenger on each flight was disabling the wifi on their flight. When it was discovered that all of the affected flights left from Miami National Airport the FBI alerted Homeland Security. 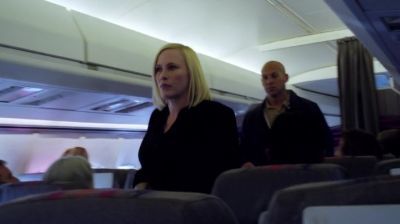 Agent Ryan told Daniel to identify the seat numbers of each of the nine passengers disabling the wifi. Nelson, Agent Ryan and Agent Mundo then went to the Miami National Airport. All nine passengers in question were pulled off their planes by airline security. Willa, a16 year old girl on one of the planes was arrested by Agent Mundo. The girl’s father then showed up to find out what was happening. Agent Ryan told him someone may have hacked into Willa’s cell phone in order to make it look like she disabled the plane’s wifi. Willa said she had been texting friends, listening to music and playing a game on her phone.

Nelson determined that Willa’s phone was used to gain access to the plane’s wifi network. Simon reported to Agent Ryan that the other eight people whose phones had interfered with the wifi on their plane had no idea what was happening. In Miami National Airport everyone’s phones were ringing. One passenger was trying to make a purchase and had two of her credit cards declined. Another passenger got a phone call asking if she had just purchased 10 laptop computers. Agent Mundo said that all the passengers having their credit cards declined were on the same flight Willa was. Then Agent Ryan determined someone was pulling off a credit card heist. Daniel told Simon a legendary hacker named Lomis was behind the heist and that he wasn’t going to stop anytime soon. Agent Mundo found out that more than $300,000 had been stolen from victim’s credit cards as a result of the wifi hacking. Simon got Daniel a helicopter to fly him to Agents Mundo and Ryan because he was determined to catch Lomis in action. Agent Mundo said that Daniel wanted to catch Lomis so badly because he had been trying to for three years. 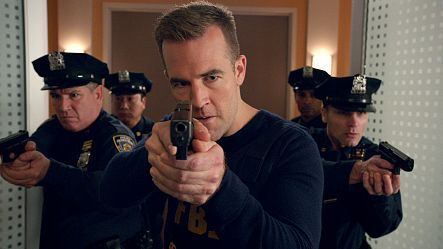 Daniel found a connection between Lomis and the nine airplane passengers whose phones he hacked into. This proved that the nine passengers were innocent and couldn’t be legally detained anymore. Daniel then helped Agents Ryan and Mundo determine that the cell phone charging station in the airport terminal was infecting peoples’ phones. Agent Ryan ordered Nelson to take the cell phone of every affected passenger and remove the malware from it.

Rachel Carrington was a passenger in the airport terminal that Agent Ryan discovered dead in her seat. Agent Mundo found out she worked as a credit card rep for Monument Airlines and that it was her job to work at the charging station trying to get passengers to apply for the company’s credit card. Agent Ryan told Mundo they needed to gain access to the airport’s security footage. 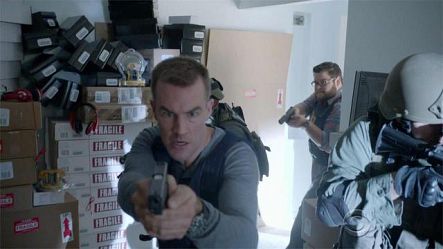 Nelson then came to Agents Ryan and Mundo that a phone he was working on ending up locking him out and a message from the hacker appeared on the phone. Agent Ryan then told Nelson to go back to D.C. and watch for activity on the credit cards of Lotus’s victims. Ransomware programs were installed on the victim’s phones by Lomis and Lomis expected each of his victims to pay him to gain access to their phones again.

Back in D.C. a Senator became another victim of Lomis. He wanted a $250,000 ransom from her. The Senator told Simon that she had personal information about very public people on her phone and it had to stay private. Simon then said that the Senator must have something on her phone she didn’t want anyone else seeing.

Agent Mundo tracked down the group of hackers that airport security helped determine had participated in the cell phone hacking of passengers. He went to their house and raided it along with a full team of FBI officials. However, of all the hackers in the house, Lomis was not one of them. 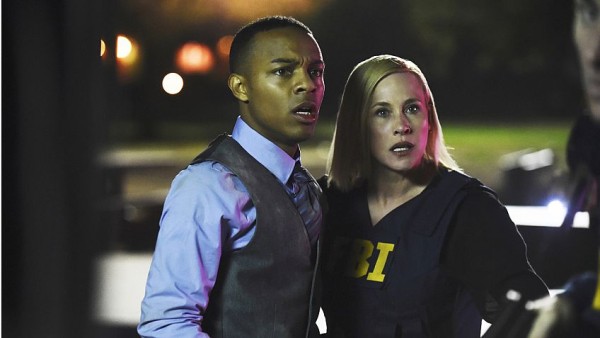 One of the women spotted in the airport’s security footage was questioned by Agent Mundo who told her they found Rachel’s DNA under her fingernails. The woman then said that she hadn’t killed anyone on purpose. Agent Mundo theorized to the woman that Rachel helped her into the bathroom where the woman shot her to death. Rachel was then moved to the chair that Agent Ryan found her in dead.

The group of hackers arrested at a house said that Lomis had framed them for this crime. Daniel was very frustrated that the hackers hadn’t led them to Lomis. 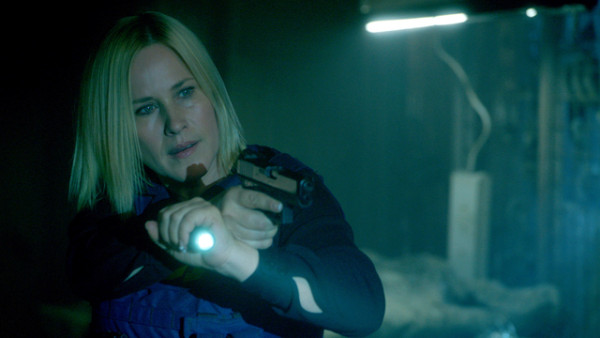 Back in D.C. Agent Ryan said that even though the victims of this hacking had been told not to pay the ransoms, some of them had. She said that they only had two hours left to prevent the victims’ personal information from being published online. However, Lomis didn’t want to wait for the deadline so he had already started posting the personal information, starting with the Senator. Simon and Agent Ryan said they thought the Senator had already paid her ransom. Daniel then came into FBI Headquarters and said that he had finally caught Lomis. Daniel found Lomis in airport security footage time stamped four hour before the FBI had arrived at the airport.

Daniel and Agent Ryan went to visit Willa and her father at home. Agent Ryan told Willa’s father she had a warrant for Willa’s tablet and that if it was clean she was fine, but they believed it would prove that Willa was a hacker. Willa then came home from school and Daniel greeted her as Lomis. Willa then admitted she was acting as Lomis since she could.