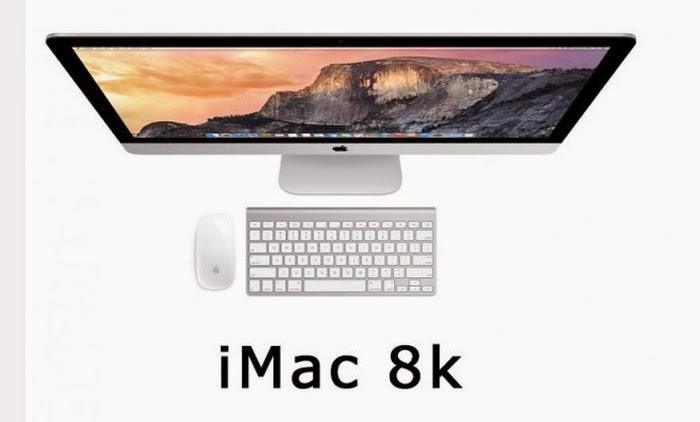 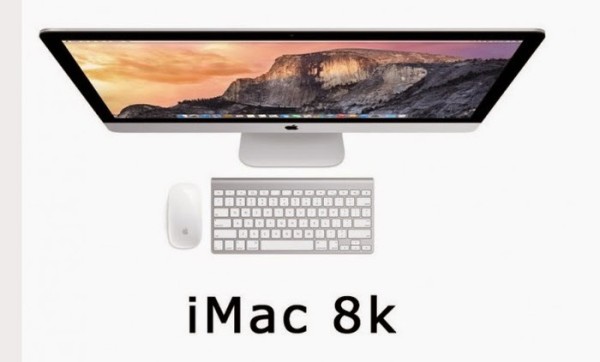 Apple just loves going premium, sometimes driving technology to new heights just to be different. Before the iPod, a thousand songs in a portable music player was unheard of. Before the iMac, personal computers were dull beige, white or black boxes. Now, after delivering high resolution retina displays on its iPhones and Macbooks, Apple is allegedly pushing monitor resolutions to new heights. The company just released its stunning new iMac with Retina 5K display but it looks like one of its contractors just let slip that it’s manufacturing an 8K display for Apple. 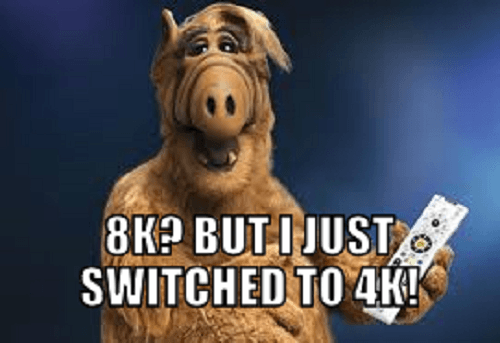 The 5K and 8K iMac
Apple just came out with its new 5K retina display iMac. 5K means 14.7 million pixels to control. The screen size is 27 inches and is just 5mm thin. Accomplishing such a feat would mean fitting a system powerful enough to drive that massive quantity of pixels and render and process images and video inside a very thin frame. Doing so would require a lot of power which Apple actually reduced by 30 percent. For the 5K iMac, 5K is equivalent to 218ppi and a 5120 x 2880 pixel resolution. The difference can be clearly seen when the 5K is put beside an older 2014 iMac. 5K means easier editing for 4K videos through Final Cut Pro and it will be easier to edit high resolution images in Photoshop. If the system handles video editing at 5K, handling games such as Crysis is not much of a problem at 63fps at full HD resolution. However, the 5K iMac isn’t designed for 5K gaming so the built-in AMD Radeon M290X chip needs to be upgraded to an M295X. With that in mind, many fans and critics who got wind of the rumor are now wondering how Apple will be able to manage 8K video. If the 5K iMac can’t handle 5K gaming out of the box, can Apple pull off a miracle in time for the alleged 2016 release? But knowing Apple, its audacity to subcontract an 8K display means that it has something up its sleeve. 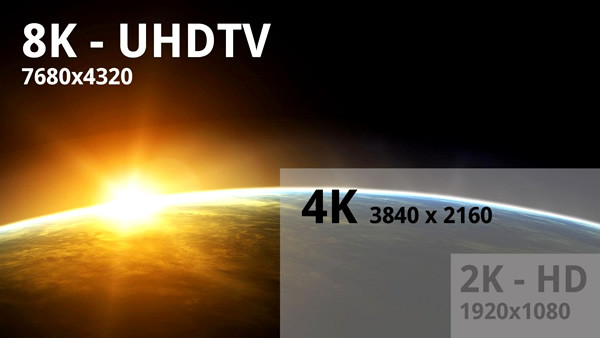 Again with the Osborne
By outing the 8K iMac, which LG promptly corrected by removing its post along with the string of denials, the company may have Osborned Apple’s upcoming 5K iMac. For those not familiar with the term, the Osborne computer company in the 1980s came up its successful Osborne 1 computer. However, while there was still plenty of inventory left, the company announced the more powerful Osborne Executive. Resellers cancelled previous pre-orders in anticipation for the new model. The Osborne 1 inventory gathered dust and the company turned the page to Chapter 11. The same could happen to Apple’s upcoming 5K iMac since fans, especially gamers and resolution nuts would rather wait for the 8K.

There Goes the Surprise
Apple won’t be filing a Chapter 11 anytime soon but LG’s 8K spoiler puts Apple at a loss. Now that the cat’s out of the bag, everyone now knows that Apple has an 8K display in the works pre-empting Tim Cook’s ‘one more thing’ in a future keynote. There goes the surprise. There goes the innovation. Now the competition’s likely to try and squeeze in more pixels in their systems as well. If they do succeed in releasing such as system before Apple does, Apple won’t be the first anymore. It’s not a total loss for Apple because the competition doesn’t have as much style and flair as they do. On the financial side, when Apple launches a surprising product, its already high stock prices often rise but the spoiler could dampen that effect. That’s what spoilers do.

8K Gaming?
Again, many are skeptical that Apple’s new 8K monitor. That it would just be a gimmick and won’t be able to work fully without tradeoffs. That it can hold out only for mundane tasks but not for full 8K gaming or video editing. Even Nvidia’s new Titan graphics card will be up to its heat sinks in rendering a sustained 8K 60FPS gaming experience. Also, without much 8K content available to take advantage of the system, that much screen real estate would not be fully appreciated except maybe for editing two 4K videos or images at once. Up to this point, it’s mostly speculation. Building an ark means filling it with a lot of animals. We could speculate that Apple is engineering the system by filling it with pairs upon pairs of graphics, memory and processing power to make the system float. That’s the best people can do with the current technology available.

So will Apple kill 4K?

Not necessarily, at least in the premium market. The display alone would be terribly expensive, not to mention the hardware and engineering required to run it. Instead of getting an iMac with a 4K or 5K display, execs of the insanely rich would rather grab an 8K. It could be Apple’s target all along, a premium partner for the iMac 5K. However, if Apple’s doing it, we need to do it too, says the competition. As always, there would be a greater demand for 8K displays not only for the display market but for the television market as well. Perhaps in a couple of years, prices would go down and 4K will eventually fall in the budget category. 4K won’t be dead but it just reserved a seat at a nursing home.