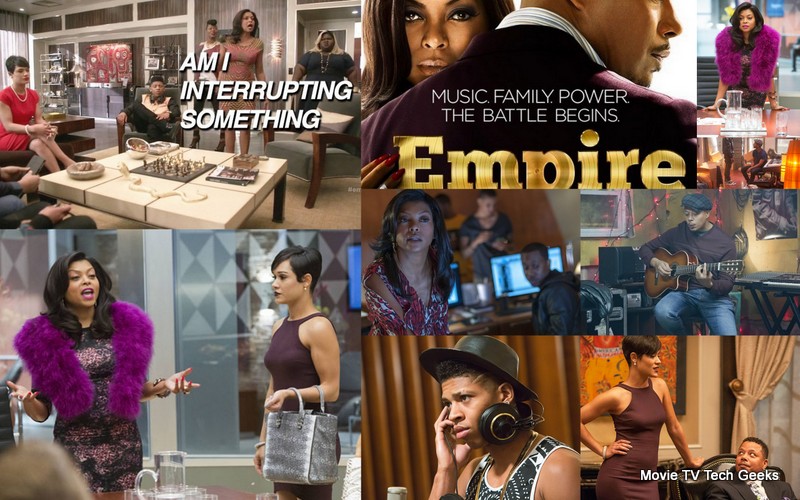 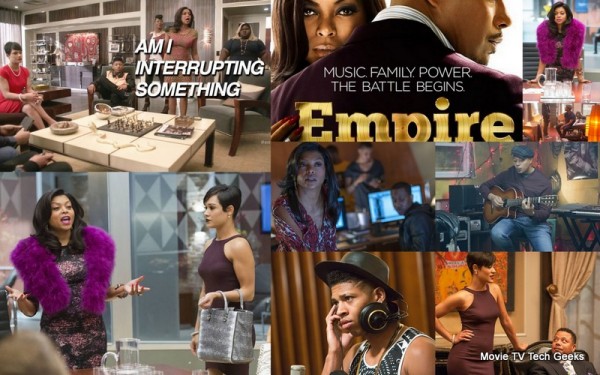 Tonight on Empire, we see just how great of a father Lucious is. So loving, so caring… NOT! The episode opens up with him screaming at Hakeem asking him what he wants. He tell him that he needs him get some new stuff. Hakeem is not hearing it because in true spoiled, rich boy fashion, he knows what’s best. 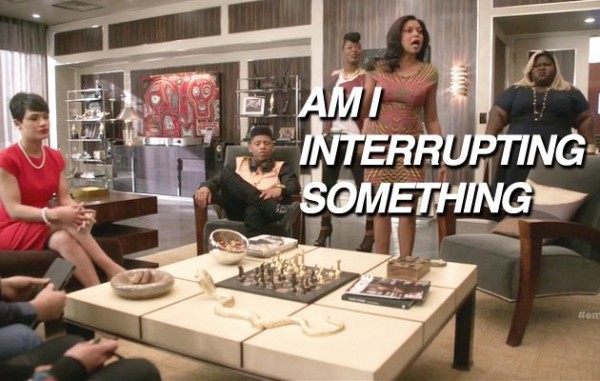 Cookie comes in making a ruckus as usual demanding a brand new office and full benefits for her assistant Portia. She gets all up in Anika’s face almost causing an altercation. Tiana comes into Cookie’s office asking her if she can produce her album. Cookie asks her what about Anika? She replies, “She’s a suit.” Tiana then plays her song for Cookie. She loves it and suggests that she and Hakeem do a song together.

Lucious gives Rebecca his assistant VIP access tickets to see Titan, the biggest name in hip hop. She and her friends go back stage to meet him just as a shootout ensures where he pops a guy that burned down the community center in his old neighborhood the night before. 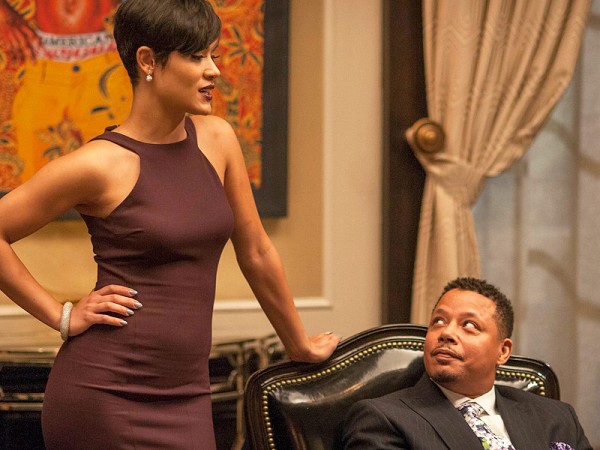 In this episode, Lucious finally reveals to Anika that he has ALS as she walks in on him trying to shave, which he can’t do because he keeps shaking. He tells her that doctor’s said he has three years at best. She takes the razor and in a tender moment, shaves his face for him. The scene is interesting because she really didn’t show any emotion. 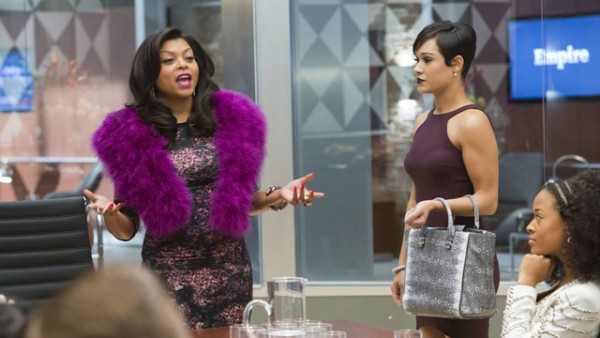 Cookie crashes Anika’s meeting with the A&R reps in regards to Tiana, letting them know that she is the new point of contact for all things Tiana. Anika doesn’t like this but doesn’t have time to argue with her. Lucious comes in and asks to speak to and Anika. They talk about his ALS then the conversation quickly turns to then scheming to steal Titian from Barrette, a record company head that Lucious has beef with. 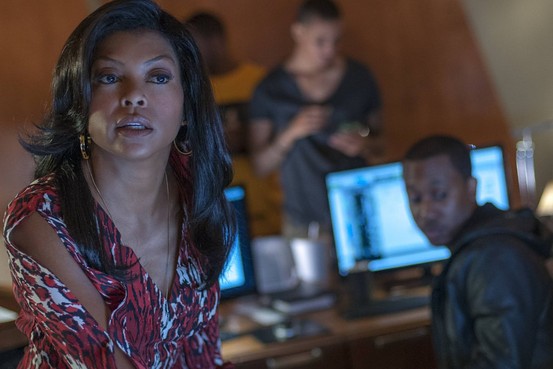 Cookie visits an independent Jamal bringing him and Michael some food. She offers Jamal money, but he says “please get that out my face, that’s Lucious’ money.” They argue a little and then she tells him to “pull yourself together… I need you to get out of your artsy flop.”

Later, Anika and Lucious walk in on Hakeem and Tiana making out and tells them that they have arranged for them to perform for the Teens Choice Awards nominations and that it will be a Club Leviticus. Tiana texts Cookie who thinks it’s a good idea. She tells them that Cookie is down which to that, Anika tells her that Cookie is not going to come in and destroy what she has worked so hard to build.

The cop looking into Bunkie’s death visits Lucious at his office asking him point blank, “where were you on the night of Bunkie’s death?” Andre is present and Luscious tells the detective that he was at home. We then see a flashback of Lucious and Andre. The cops come in to inspect their house and Andre, a young boy, takes his father’s gun and hides it in his toy boy. Back to current day, Andre lies to the cop and says that he was with his father that night watching the fight, “if you want to call it that.” 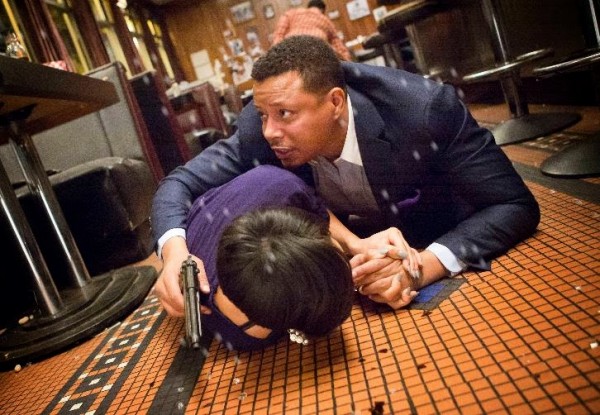 Anika and Lucious meet with one of Titan’s boys at a diner. Lucious gets up and goes to the counter allowing his girl to speak to the guy alone. Just as they start their conversation, a drive by happens, spraying the place with bullets. Lucious grabs Anika and pulls her to the ground. 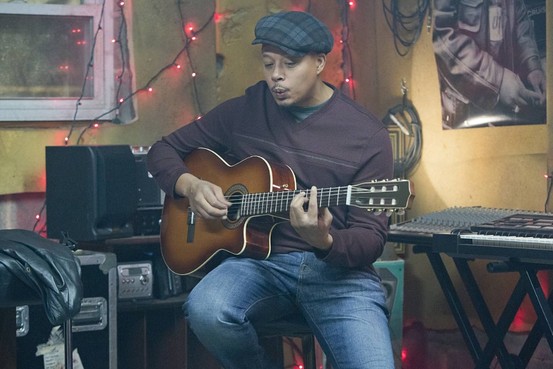 Cookie and Lucious have a moment when she meets with him to discuss her meeting with Titan’s mother. They reminisce about their first Christmas. Interesting piece of information we found out this week is that Lucious’ father was killed by the Nation of Islam.

Later at club Leviticus, Lucious gets a visit from Barrette, head of the former record company Luscious was a part of.  Barrette tells Lucious not to go public or he will dig up everything and “bring this Empire down.”

Cookie meets with Tiana at her house as they wait for Hakeem. Well guess where he is? In a bubble bath with his undercover lover, Camilla, played by Naomi. As they are in a bubble bath, Tiana comes in and catches them. She turns right back around and walks out. Despite this, Tiana and Hakeem perform at Leviticus for the Teen Choice awards nominations together. Hmmmm, she is better than me!

After the meeting with Barrette, Lucious decides that he is going to go after Titan so he decides to visit him in jail. He tries to talk some sense into him about how Barrette will use him. He tells Titan that he has paid to have his community center rebuilt and has also included a signing bonus for him. Titan agrees to join him. 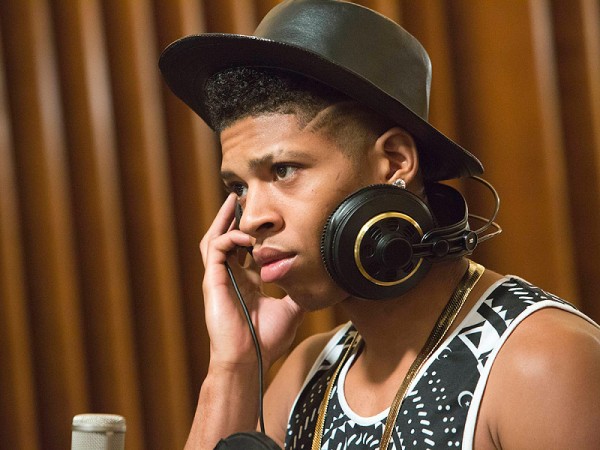 Cookie continues to try forcing a relationship between her and Hakeem. He does think that his mother loves him and doesn’t care about her. She tells him she can’t get back the 17 years they lost but she’s here now. To that he says, “It’s too late.”

Until next week good people.