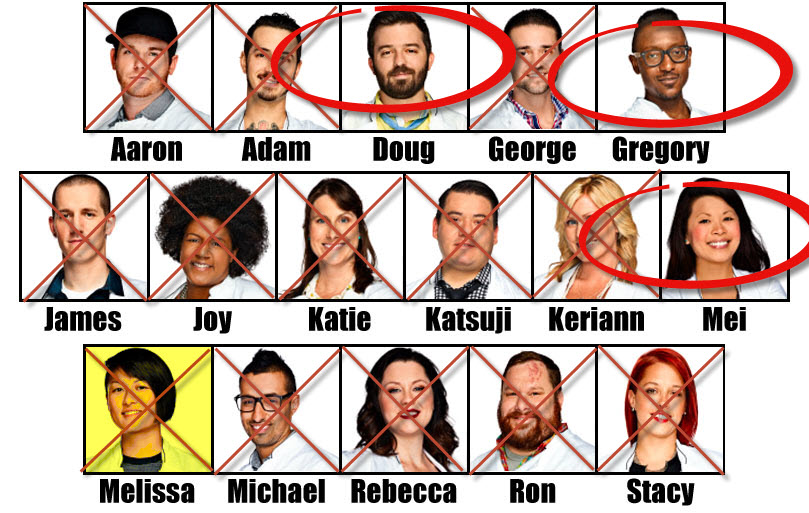 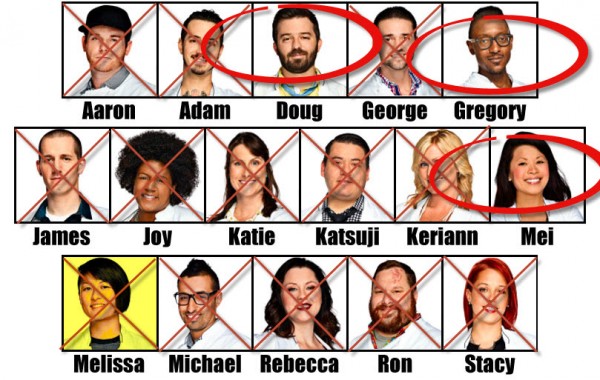 This week Top Chef Boston begins the final showdown among the three remaining contestants as they arrive in Mexico for the season finale six weeks after their last showdown in Boston. The three arrived at the villa they would be staying at for the remainder of the competition. Right away Tom showed up to greet them, making them suspicious as to why. He then announced they brought the Last Chance Kitchen to Mexico to give Doug and George a chance to get back into the competition. 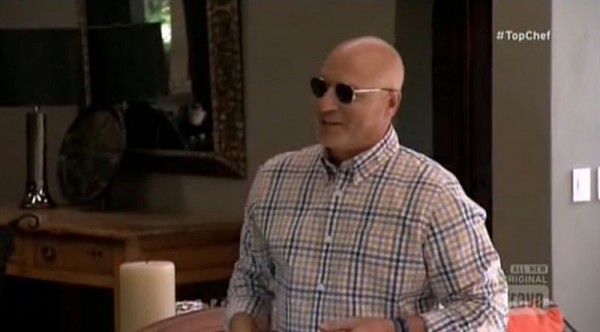 Tom judged both their dishes in front of the three remaining contestants. He announced that Doug had won the Last Chance Kitchen and could now participate in the final leg of the competition. Doug stated that he’s happy to be back and that he can beat the other three. 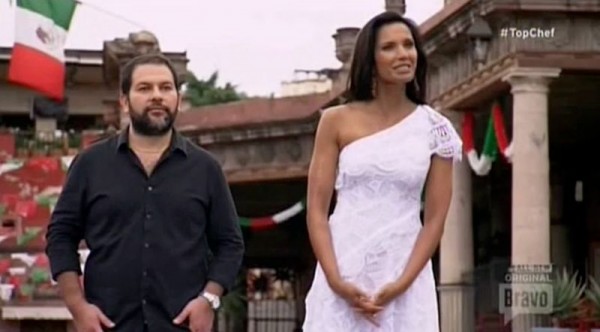 The quickfire challenge was guest judged by Enrique Olvera, who Padma introduced. He is the owner of an award winning restaurant in Mexico. Padma then announced the chefs had to create a dish highlighting xoconostle, a type of cactus. Melissa grabbed salmon to use in her dish while Mei grabbed a steak, though she determined she didn’t have enough time to cook it properly. Doug created a vegetarian dish because Mexican cuisine features a lot of vegetables.

Padma and Mr. Olvera then sampled each dish. Mei was told the ingredients she used were too random. Doug received praise for his dish, as did Melissa. Gregory presented shrimp with garlic oil as his dish. Mr. Olvera then said that Gregory’s was the dish he like the least because it was overpowering. Mei was praised for her meat but criticized for her sauce. He was pleased with Doug’s vegetarian dish and declared that he was the winner of the quickfire challenge. 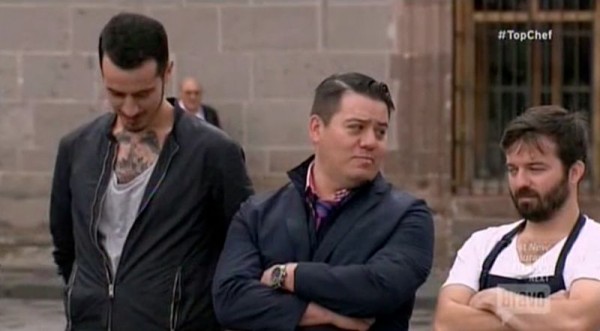 The Elimination Challenge was then announced by Padma. Each chef was tasked with meeting a specific artist and creating a dish inspired by the work they do. Each artist prepared a work of art for an official presentation and the chefs were told that their dish must reflect the specific piece of artwork the artist signed to them completed. Padma then announced that the eliminated chefs from earlier in the season were being brought back to serve as sous chefs for Mei, Melissa, Gregory and Doug. As the quickfire winner Doug got to choose the two chefs he wanted to work with before the other three got to choose. 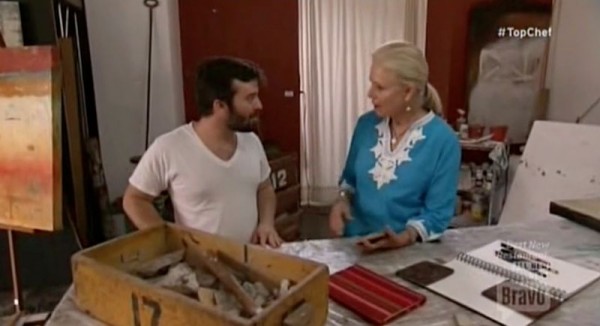 Gregory said he was excited to meet the artist he would be working with, who is an expressionist artist. Melissa paired up with a graffiti artist, which she was pleased with, though she mentioned being concerned with the color schemes he uses. Mei’s artist uses a lot of color, which Mei liked since she uses a lot of color in her cooking. Doug’s artist’s inspiration is textures and colors, putting Doug at ease and helping him feel a connection with her. He said his artist reminded him of his own mother. 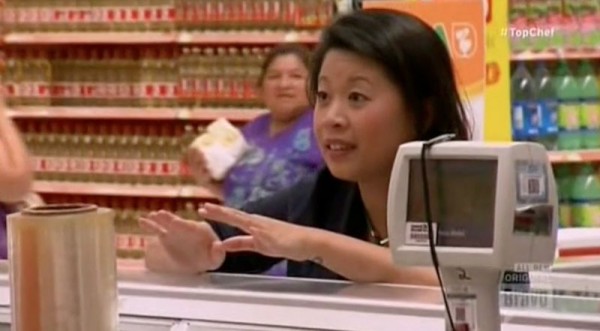 The chefs then went shopping for the ingredients they would need to create their dishes. This forced them to speak in Spanish, which some of them struggled with. Mei said that she should have practiced the language prior to arriving in Mexico. Melissa picked shrimp because her artist uses a lot of pink in his work.

As the chefs arrived for the Elimination Challenge they were feeling the pressure. Doug stated he was worried his brisket wouldn’t be tender enough for the judges because tendering brisket takes hours and the chefs only have four hours to complete their dishes. Gregory said he was taking a risk with the flavors in his dish. Mei stated if the judges don’t see inspiration in their dishes it will be hard to impress them. She made her own ravioli with shrimp and chorizo. Gregory expressed concern that he had overcooked the steaks he was using in his dish and said that he desperately needs to pull it together. As the chefs finished plating their dishes the invited dinner guests began to arrive. Doug stated that if even one piece of his meat wasn’t tender he was in trouble. He made a chili dish that did not include any beans. 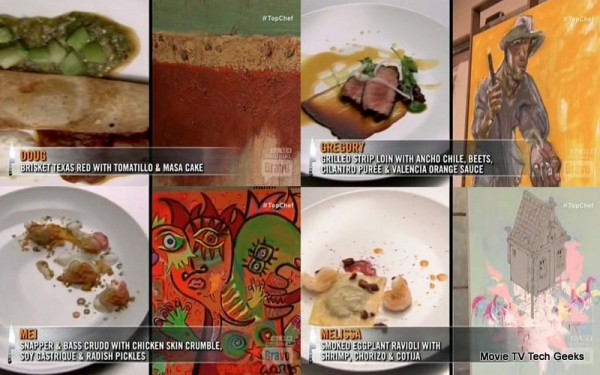 Melissa created a dish with snapper and radishes because she wanted a smooth dish to match her artist’s style. The judges then sampled each chef’s dish, as did the artists. Gregory presented his grilled strip loin to Gail, Tom and Padma. Tom said that Gregory’s dish was very strong. 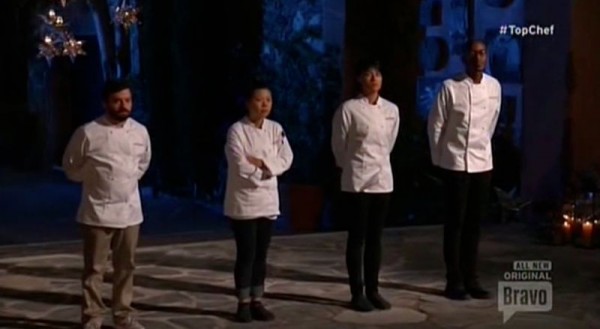 The chefs enjoyed some adult drinks while the judges were sampling their dishes. Doug thanked his sous chefs for their help. 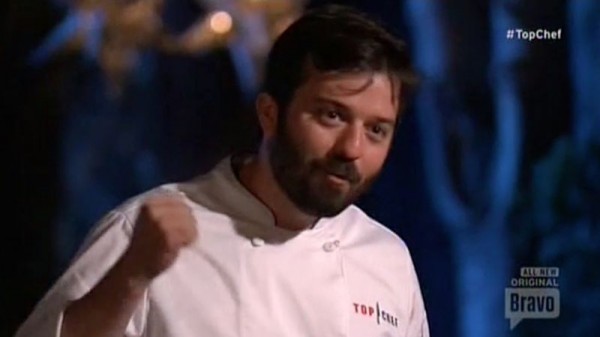 Doug then presented his dish to the judges and explained he wanted his cactus to look like the walls his artist painted. Gail said the cheese added a surprising element to the dish. Melissa presented her dish of smoked eggplant ravioli. She said the ravioli represented the grey house in the work of art her artist created for the challenge. Mei made a colorful dish with snapper and bass to match her artist’s style. She then said she felt confident she could win the competition. Padma said that she loved Gregory’s dish because it was subtle but complex. Tom said he represented the art very well through his dish. Gail said that every bite of Doug’s dish was different and that she liked that. Padma praised Melissa’s ravioli, calling it beautiful. Tom said some of the elements on her plate added color but no flavor to her dish. 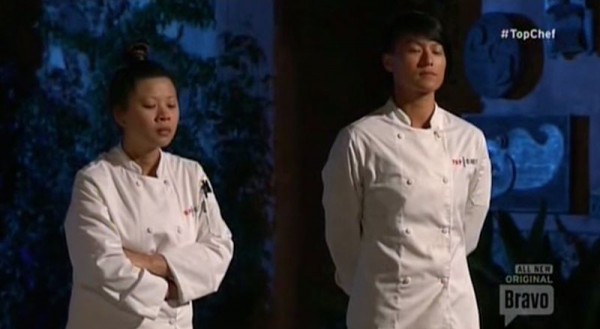 As the three chefs waited to hear their fate they discussed how difficult the challenge was. They were then called to the judge’s table where Tom said all of them embraced the challenge and found inspiration in their individual artists. Doug stated he had fun and Gail told him he took the challenge more literally than the others. After giving all three of the contestants their feedback, Enrique announced that Doug won the challenge. The judges eliminated Melissa.