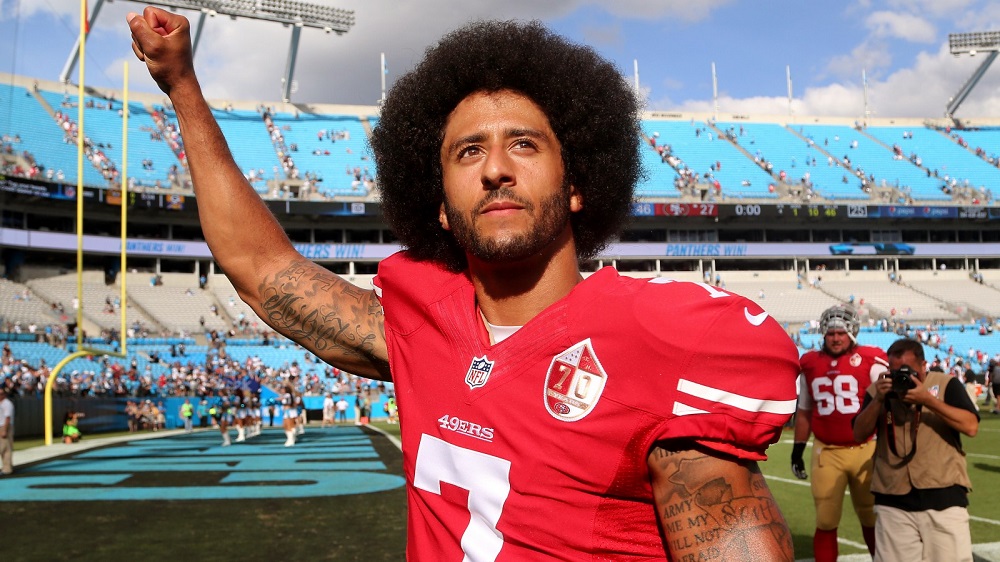 It’s official. We can’t go a week without Colin Kaepernick finding his way back into the news. It’s actually impressive. He’s the most relevant free agent ever. Hell, he’s more talked about than half the team in the NFL right now.

Whether it’s something his girlfriend did, or some team almost signing him and their reason not to, or some NFL player being asked about Kaepernick in an interview and giving some cheesy response about how much they would love to have him as a teammate, Colin Kaepernick is probably the most talked about quarterback in the NFL through two weeks of the 2017 NFL season, and he doesn’t even have a team. 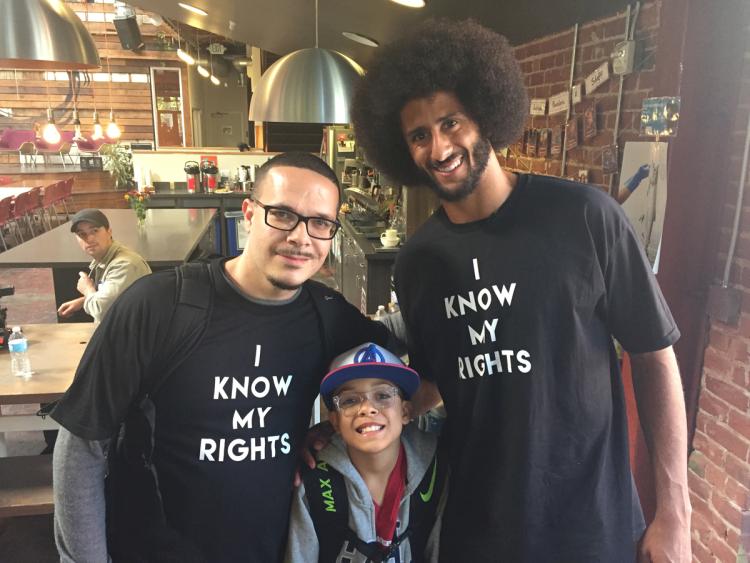 Now, for the first time, Kaepernick himself is the one making the headlines himself in a rare interview. Kaepernick sat down for a few hours with Shaun King of the New York Daily News, and while we’ll certainly hear more about their discussions next week (see, it’s like a story a week with him), the big take away was Kaepernick’s assertive, straightforward message to teams around the NFL:

So, Kaepernick has finally made his feelings public. That’s great. Many people have said that in order for Kaepernick to find a new team, he needs to publicly state his desire to play. I disagree, but at least now Kaepernick has covered all the bases.

This interview comes right on the heels of New England Patriots quarterback Tom Brady’s interview with “CBS Sunday Morning” in which he too expressed his feelings that Kaepernick deserves to be on a pro roster right now.

“I’ve always watched him and admired him, the way that he’s played, he was a great young quarterback,” said Brady. “He came to our stadium and beat us and took his team to the Super Bowl. He accomplished a lot in the pros as a player. And he’s certainly qualified, and I hope he gets a shot.”

The weird thing that most of these player references have in common is that Brady or Aaron Rodgers or anybody else thinks that Kaepernick deserves a job, but they don’t feel that he’s good enough to play with them or back them up. If Brady told the Kraft family he wanted Kaepernick in the Patriots locker room, it would be finalized before midnight. Barring an injury, Kaepernick most likely won’t jump right into a starting role this season, so why won’t any of them request him?

No idea. I’m sure they have their reasons. But Kaepernick has the best chance of getting signed when he focuses on football. Teams clearly don’t want the other stuff, and his girlfriend’s tweets don’t help convince anyone (especially the Baltimore Ravens) that he can leave all that in the past.

Now, here also lies the problem with his interview with Shaun King. If you’ve ever read any of King’s pieces, you can normally pick up on the theme pretty quickly—they mostly revolve around the “other stuff.” Whatever your opinion on that, it doesn’t matter. The fact is that NFL owners have made it clear they don’t want to deal with it, and they don’t want Kaepernick if he’s going to bring all that to their locker rooms.

So, I’m going to make a prediction that when the full article comes out, that it will have a focus on that side of things. That it’ll slam the NFL, coaches, owners, and GMs as racist for not picking up Kaepernick.

And, again, no matter what your opinion on the matter is, I think we can all agree that won’t help anybody.

No worries, there will be plenty more to come. I know you’re all on the edge of your seats.