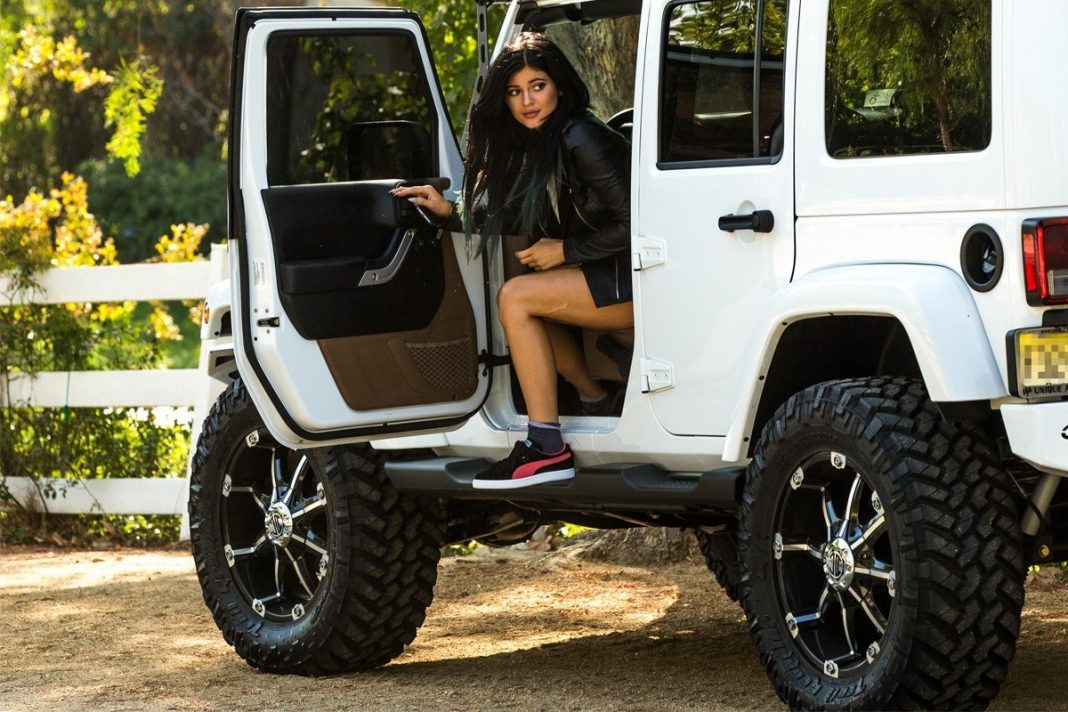 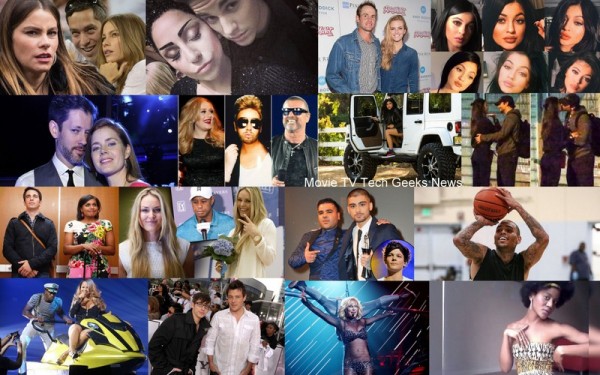 In this week’s celebrity gossip roundup Modern Family’s Sofia Vergara has publically stated that she refuses to hand her embryos over to Nick Loeb, her ex fiancé. The actress reportedly had to take a break from promotional work on her upcoming movie release, Hot Pursuit, to deal with the situation. When the couple was together Vergara had her embryos frozen and Loeb is now reportedly trying to capitalize on that. He wants ownership of her frozen embryos because he still wants the children that would result from them to be born. According to Vergara, Loeb is just using her fame to get attention for himself. 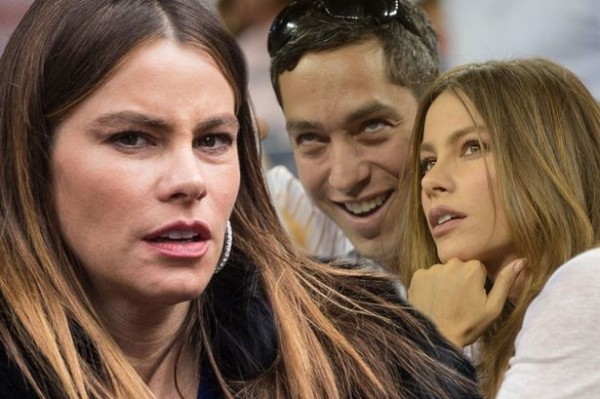 Chris Brown recently arrived at his L.A. home fresh off a Las Vegas trip only to find that a woman had seemingly broken into his home while he was gone, left clothes all over his house and spray painted the words “I love you” on the counters in his kitchen. The woman was found sleeping in Brown’s bed and was promptly arrested. Brown reported that the woman threw away clothes belonging to his daughter. He called her a crazy fan on his Instagram account and decided that shaming her publicly was the best way to handle the situation. Sadly, if this woman has mental issues, Brown has done his usual assault without thinking. 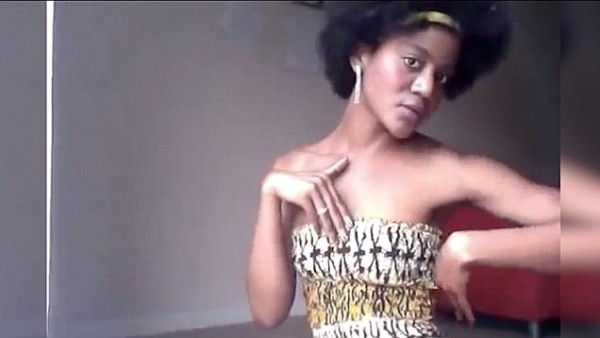 His troubles continue as he recently punched a man in the face during a basketball game he was participating in in Las Vegas. The two had a verbal altercation and then Brown was believed to have assaulted the man. His publicist denies that this is what happened and claimed and uninvited man had come into Brown’s private basketball court and caused interferences and that Brown supposedly had no contact with the individual. And then suddenly the person who filed the charges, dropped them just as quickly. The power of the Brown is everywhere. 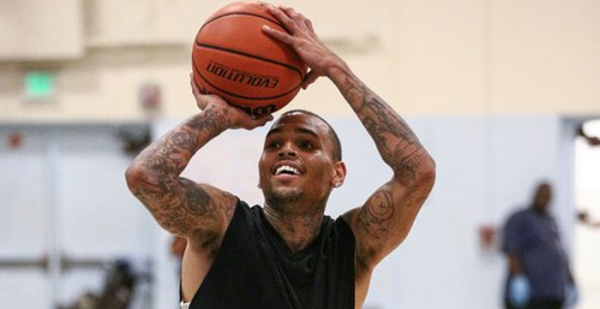 This week marked the beginning of Mariah Carey’s new long term show at the theatre in the Caesar’s Palace Hotel & Casino.  The crowd for her first show consisted of 41,000 people. The show is expected to run for 18 weeks. 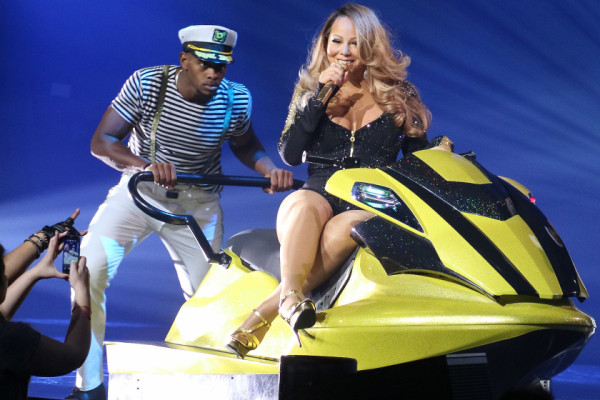 Fans of the TV show “The Mindy Project” are upset with the Fox Network for canceling it, but there may be hope for this fan favorite yet. Hulu is in talks to keep the TV series in production for an additional two seasons. The Mindy project ran for three seasons on Fox. 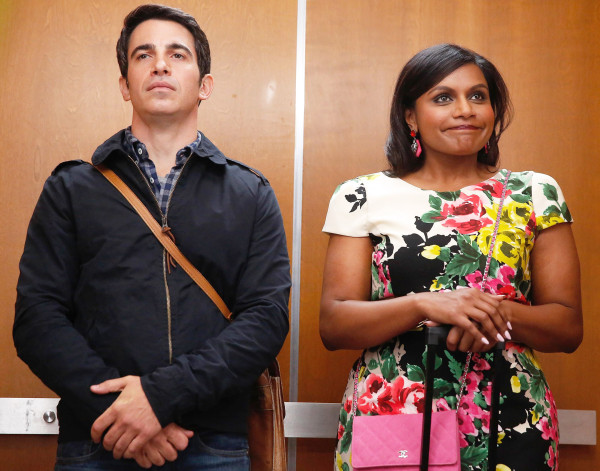 One Direction is seeing its fair share of drama as arguments continue between Louis Tomlinson and former One Direction band member Zayn Malik. The two have been attacking each other on Twitter and their fans have had a front row seat to the action. 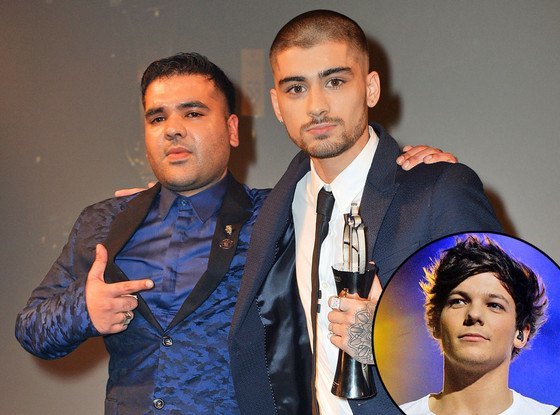 Though she is only 17 years old, Kylie Jenner has reportedly had a procedure done to plump up her lips. This has been the subject of recent episodes of the family’s reality series, Keeping Up with The Kardashians. When the media asked sister Khloe about this, she said she wouldn’t say either way if Jenner had undergone the procedure. Funny, she didn’t mention this while so many kids were trying to get her lips by taking the Kylie Jenner Lip Challenge. Just as an Kardashian has proved, you’ll lie and lie until you finally have to fess up. She’s learned so much from her sisters and that succubus mother Kris Jenner. 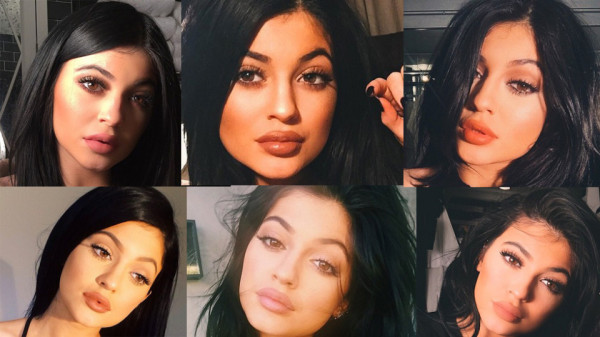 Kylie is also in hot water after she posted a picture on Instagram that she clearly took while she was driving her car. Once she posted it she got comments from her fans scolding her for doing so and stating that other people have been killed doing the same thing she had done. When will kids realize this is the worst type of person to look up to because if other kids start doing it and are killed, she won’t say a word because she’s obviously above it all. How many kids willhave to die because of you Kylie? Really???? 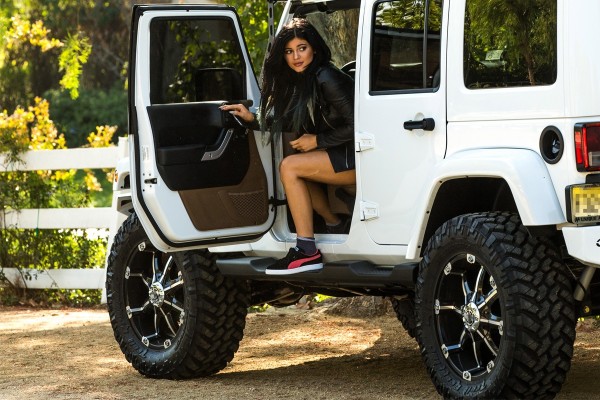 Irina Shayk and Bradley Cooper, both recently single, have been spotted throughout Manhattan, locking lips on more than one occasion. The two were reportedly headed to Broadway to see a show when they were spotted making out. The two recently attended the Met Gala Party thrown by Rihanna, where they were also seen making out. Hopefully she enjoys his fondness for feet because it’s driven many many many other women away quickly. 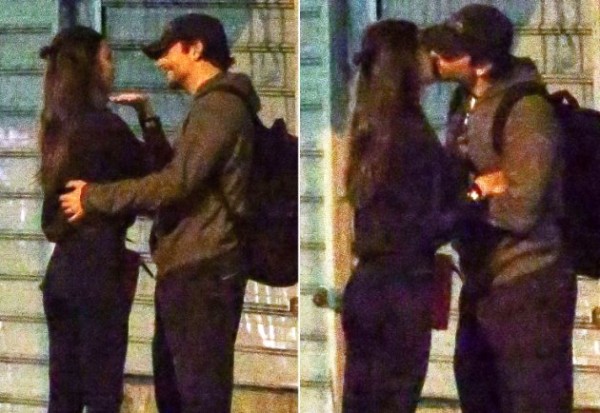 Adele celebrated her 27th birthday by dressing up as George Michael for some odd reason. She completed the look with his classic aviator glasses and a beard that looks just like his. Adele tweeted pics of her in the getup, which got her a tweet from George Michael himself in which he said he was flattered. 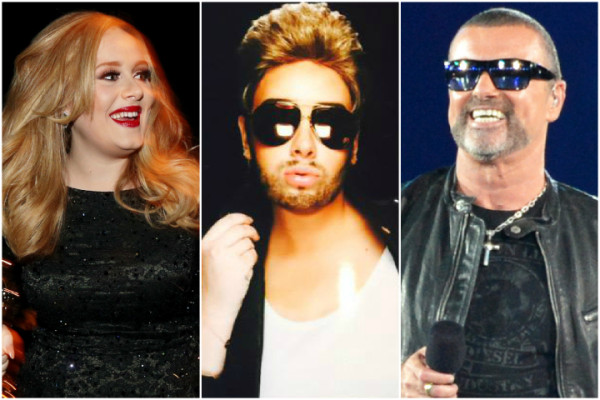 Lady Gaga recently stood up for fellow singer Justin Bieber when she took a picture of the two together at the recent Met Gala and tweeted it, telling her fans he is a sweet guy. In return Bieber tweeted to Lady Gaga and thanked her for being kind to him. 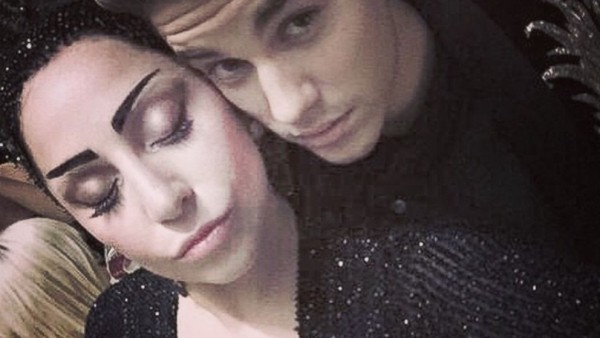 Tiger Woods recently weathered a rough break up with girlfriend Lindsey Vonn. The couple had been together three years and when they broke up Woods told the press it was rough and he had been trouble sleeping due to the breakup and the anniversary of the death of his father, whom he was very close to. Both Vonn and Woods recently made public statements confirming that they had broken up but that their busy careers were keeping them from being together. 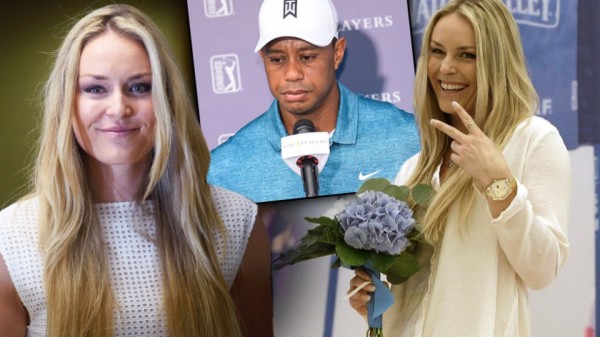 Glee cast member Kevin McHale has acknowledged that the series was cancelled due in part to the death of late cast member Cory Monteith, from a drug overdose. Since Cory’s character was one of the two main characters the show simply couldn’t survive without him. He denied rumors that a spinoff of Glee would be created, siting that not many people were watching it anymore by the time it was cancelled by the network. 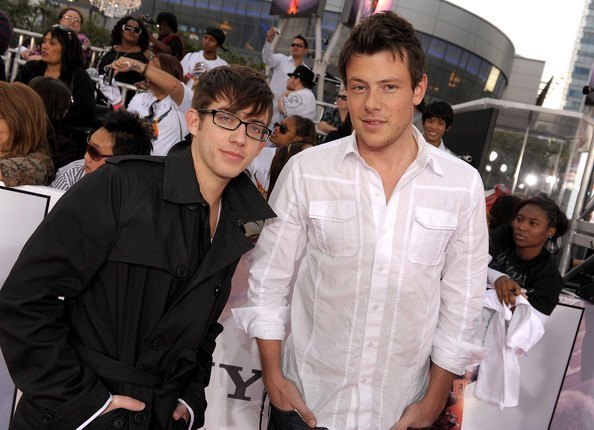 Britney Spears recently announced during an interview on the Ellen DeGeneres show that the length of her Las Vegas show’s run was going to be extended. The singer talked about her recent ankle injury that caused her to have to cancel some scheduled performances of her Las Vegas show. 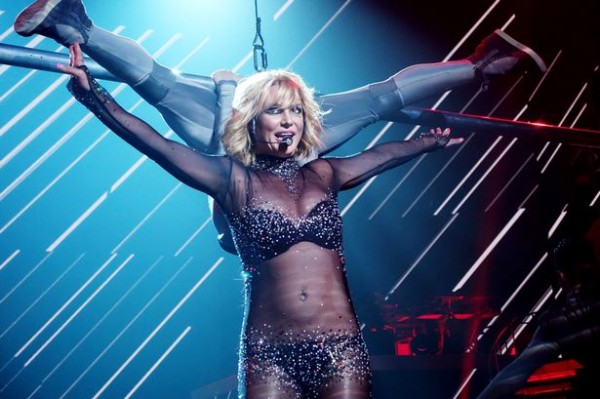 Amy Adams is a blushing bride after having recently wed fiancé Darren Le Gallo. The couple was married in a secret ceremony in California this past weekend. Only family and close friends were in attendance at the wedding. The couple had reportedly delayed this wedding for a while in order to accommodate Amy Adams’ work schedule. 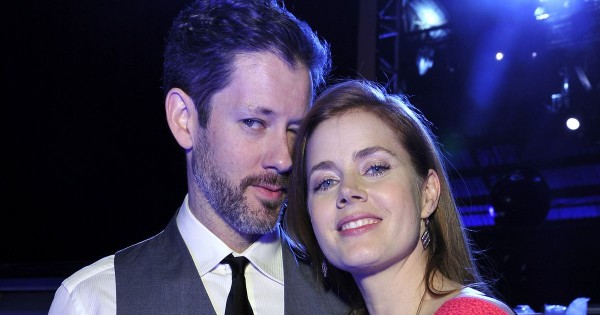 Andy Roddick and Brooklyn Decker are expecting a baby, which will be the couple’s first child. In a recent People article about the baby the editors listed Andy Murray as her husband rather than Andy Roddick. On her Twitter account, Decker joked that she hoped Murray’s wife knew about this sudden change in his life. 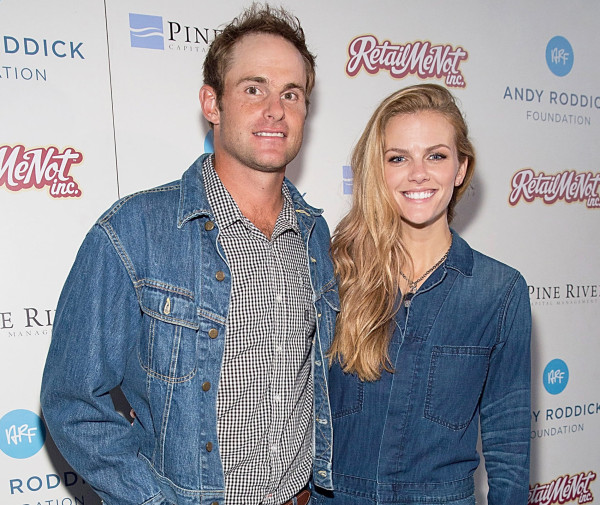 That’s it for this week’s gossip.