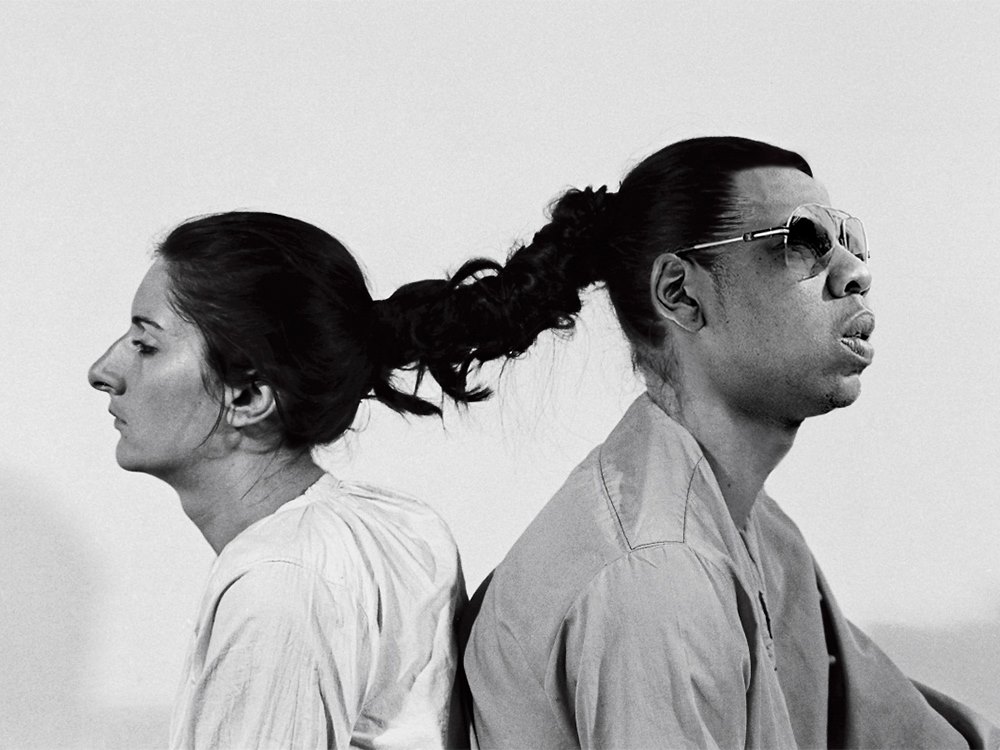 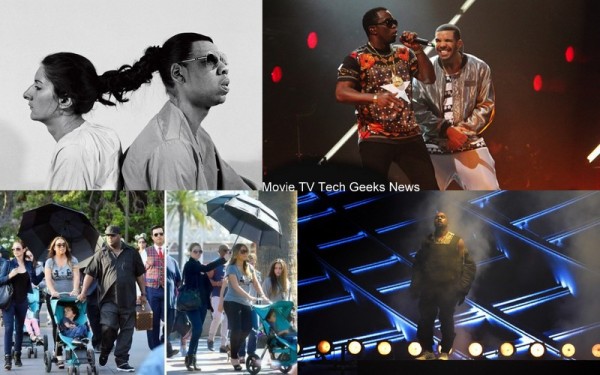 It’s your midweek gossip round up and Jay Z duo dissed, Diddy plus Drake equals tons of money, Mariah divas up Disneyland and Kanye West gets silenced by someone other than himself. 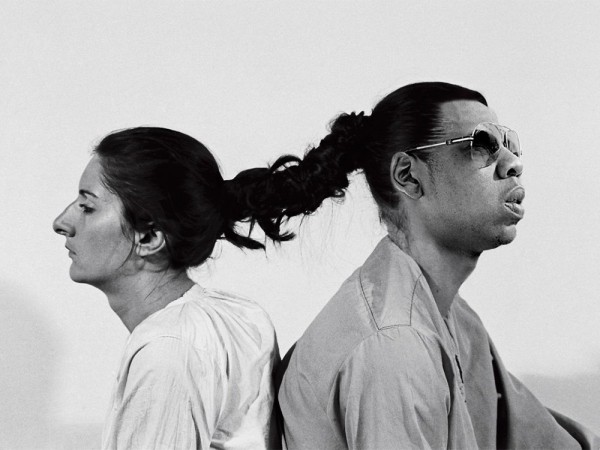 World renowned “performance artist” Marina Abramovic is clear on the fact that she will never work with rap mogul Jay Z again.

“I will never to it again, that I can say. Never.”

The two collaborated back in 2013 for Jay’s Picasso Baby music video in which he adapted her 2010 MoMA retrospective “The Artist is Present.” In the video,  Abramovic and Hov had a “head-touching” moment which really seemed like there was an artistic connection that could last beyond the video shoot but that turned out to not be the case.

It seems that Jay violated the condition of the agreement they had which, according to Abramovic, him helping her with her self-title performance institute and museum space (which she is claiming he did not) if she did the project with him.

“He just completely used me.”

With all of this, Abramovic says that she doesn’t regret working with him but plans to go forward smarter and more informed. Now you know I am a Jay Z fan (for the most part) and I really don’t want to believe that things when down the way she is claiming. I am of the school of thought that there are two sides to every story, but knowing how Jigga usually responds to these kinds of story, we will probably never here that other side.

On Wednesday however, an art dealer and producer on the video said that Jay Z had made a large donation to the institute.

Jeanne Greenberg Rohatyn – the founder of minimalist gallery Salon 94 – told Artnet she had a receipt which confirmed that Jay Z had given a “substantial donation”.

A subsequent press release from the Marina Abramović Institute admitted it failed to inform the artist of the donation. The short statement read: “Marina Abramović was not informed of Shawn ‘Jay Z’ Carter’s donation from two years ago.”

It continued: “We are sincerely sorry to both Marina Abramović and Shawn “Jay Z” Carter for this, and since then we have taken to [sic] appropriate actions to reconcile this matter.”

Jay Z has yet to comment on the saga. 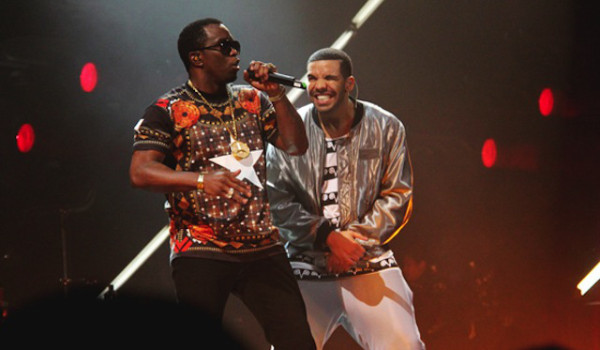 So whatever was going on with Diddy and Drake, they have apparently put it to the side to from a partnership that is set to be very lucrative for both of them.

A secret meeting took place during the wee hours of the morning (and involving just the two of them) where they called a truce and chatted it up about the possibility of a joint venture. The project or projects will have both of their names on it. They threw around a few ideas of what it can be.

It is also a good thing and so inspiring when you see famous people put aside their beef (which was reportedly over Drake’s song “0 to 100”) to do what really matters- make money. Money is always what splits people apart, but that fresh green scent can also lure them together. 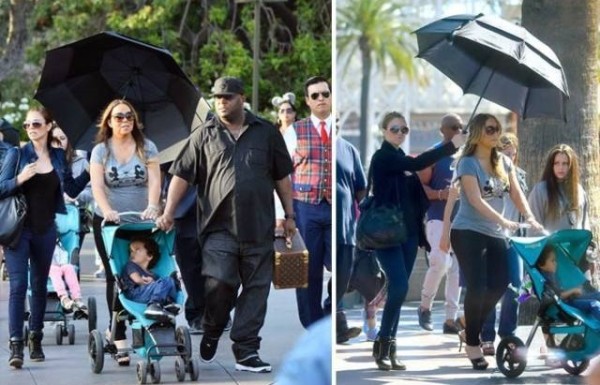 There are some rumors you hear about celebrities and it’s like, I can kind of believe that. When it comes to Mariah Carey, there’s no “kind of” to it because more than likely it is very true.

She recently visited the magic kingdom (heels and all) with her two nannies, four bodyguards, some Disney VIP tour guides and… are you ready for it… an umbrella holder. Yes that’s right. She had a woman whose only job was to hold an umbrella over her head while she walked around the park (at least she pushed her kids in the stroller). Talk about a spectacle. It truly is stuff like that that proves not only how unlike us stars are, but how much they don’t even want to try being “normal.”

I believe every single claim that Nick Cannon made and every other person who has said that she is a diva beyond belief. Why can’t she just be a cool chick with a bomb ass voice? I mean, the bodyguards, okay yea, I can understand that, but the nannies, and umbrella holder? Just stay in the fucking house and wait till your kids are old enough to really enjoy all that the happiest place on earth has to offer. 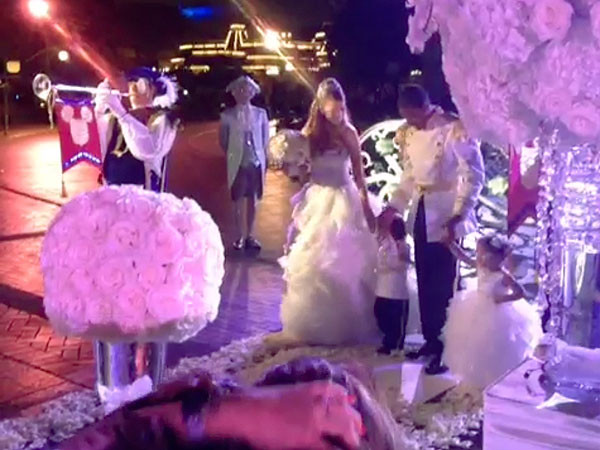 Interesting that she went to the same place where she and Cannon renewed their vows in a very fantasylike anniversary. 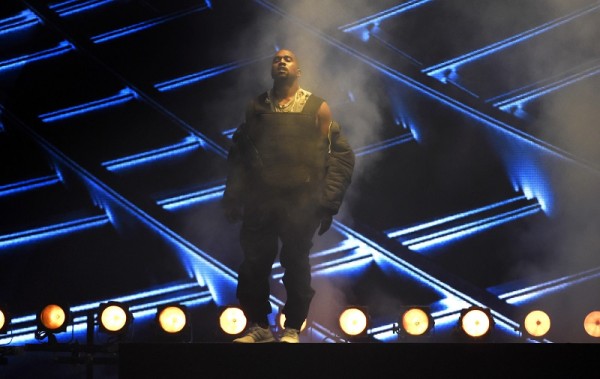 So you remember this past Sunday when the Billboard Music Awards pretty much censored all of Kanye West’s closing performance? He is speaking out about it saying that they cut his audio even on the parts he wasn’t using profanities.

His performance of “All Day” and “Black Skinhead” was mostly silenced (not a good look for the closing act of an awards show I might add. They had the words to the songs just as he was going to perform them and perhaps there were just too many curse words and is why they silenced him for up to 15 seconds at a time.

“Kanye West was grossly over-censored at the Billboard Music Awards,” his rep told every media source who had to listen. “Non-profane lyrics such as ‘with my leather black jeans on’ were muted for over 30-second intervals. As a result, his voice and performance were seriously misrepresented.”

The rep adds: “It is ridiculous that in 2015, unwarranted censorship is something that artists still have to fight against. Although West was clearly set up to face elements beyond his control during the live broadcast, he would like to apologize to the television audience who were unable to enjoy the performance the way he envisioned.”

He as well as other artists who performed didn’t make final rehearsal (he was on vocal rest or something like that) but he had rehearsed two other times earlier in the week. The Billboard folks not only messed up with censoring him they also screwed up the lighting, which is a major issue for Yeezus because you know, he’s a perfectionist and all.

One crowd that wasn’t censored were the ones loudly booing him after his performance.

Poor Kanye he always gets so much flack, or maybe…just maybe… it’s award show karma.