Home All News Politics Can the Supreme Court avoid a deadlock if election dispute occurs? 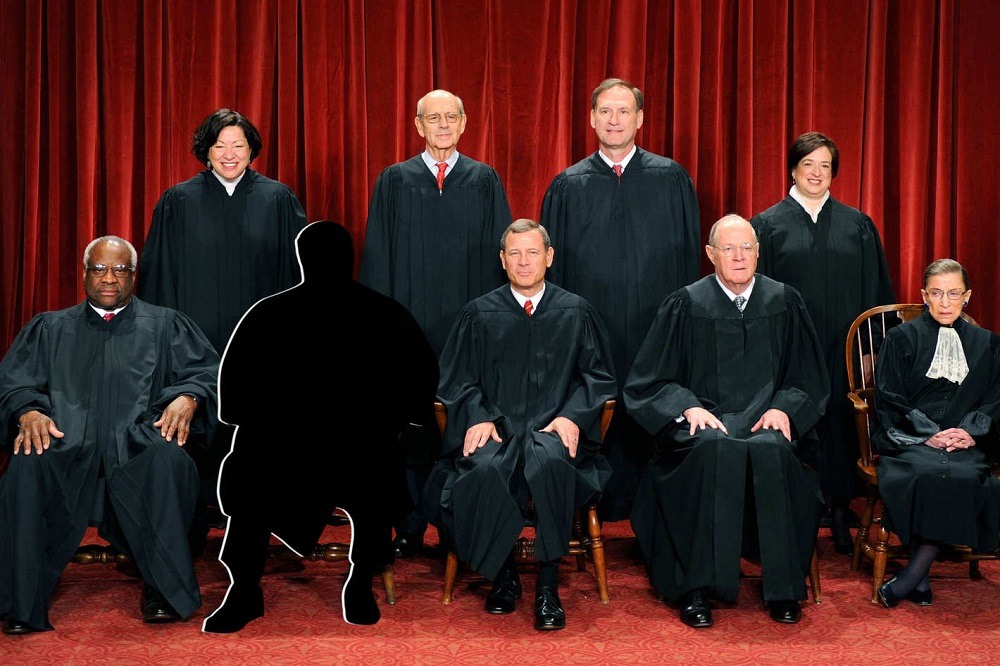 With an election like this one, nothing would be a surprise any longer with Donald Trump and Hillary Clinton. One question that seems to be ignored is if the election results turn into a nasty dispute; what happens if the Supreme Court gets trapped in a deadlock as the Republicans have made it their mission to block anyone who Barack Obama sets forth?

Yes, this is another big possibility in a race that has turned the election process on its head.

What happens if America wakes up on Nov. 9 to another undecided, hotly disputed presidential election? What if the outcome turns on the razor-thin margin in one or two states, one candidate seeking a recount, the other going to court?

We know what happened in 2000 when the Supreme Court in a 5-4 vote effectively settled the election in favor of George W. Bush.

As controversial as that decision was, it was made by a nine-justice court. This time around, there are only eight justices and the possibility of a tie vote. That would leave a lower federal or state court ruling in place, with no definitive judgment from the nation’s highest court.

“It would be Bush v. Gore, with a twist,” said one election law expert, law professor Richard Hasen at the University of California at Irvine.

Sixteen years ago, the court divided 5 to 4 about whether to get involved at all and then voted the same way to stop Florida’s state court-ordered recount. The five more conservative justices sided with Republican nominee Bush, while the four more liberal justices would have ruled for Democrat Al Gore.

“A no-brainer!” Justice Anthony Kennedy said in Jan Crawford’s book “Supreme Conflict,” recalling the decision to take on the case. “A state court deciding a federal constitutional issue about the presidential election? Of course, you take the case.”

The odds of history repeating itself in Florida or elsewhere are long. But it’s hard to discount any possibility, however remote, in a tight campaign that already has seen Democratic lawsuits charging voter suppression and Republican claims the election will be rigged.

The reason a tie Supreme Court vote is even possible stems from another aspect of this unusual election year, the Senate Republicans’ refusal to act on President Barack Obama’s nomination of Judge Merrick Garland to fill the seat of Justice Antonin Scalia, who died in February.

Any decision to seek a recount or otherwise contest the election results would depend on the margin in any one state and its potential for affecting the national outcome. In 2000, neither Bush nor Gore could muster an Electoral College majority of 270 votes without Florida.

“For candidates who lose by a fraction of a percent, even up to 1.5 percent, they will at least explore their options for seeking a recount or challenging the results in a particular state,” said Michael Morley, a law professor at Barry University in Orlando, Florida. Morley represented Republican Joe Miller in his postelection challenge to Alaska Sen. Lisa Murkowski, who won re-election as a write-in candidate after losing the GOP primary to Miller in 2010.

If an initial recount doesn’t settle things, a lawsuit could follow, with appeals possible all the way to the Supreme Court.

If a case should make it that far, it would reach a court made up of four justices appointed by Republican presidents and four by Democrats. Just four of the eight were on the court for Bush v. Gore, although Chief Justice John Roberts aided Bush’s cause as a lawyer in private practice.

At this point, it’s impossible to know who might go to court and in which state, what the issue might be and who might benefit if justices were evenly divided. A tie is a win for the person who already has prevailed in the lower court.

But for some who already are dismayed about the extended Supreme Court vacancy since Justice Scalia’s death, a tie would have broad implications beyond the election.

“I worry about a 4-4 tie because it would undermine the court’s legitimacy,” Douglas said.

A Supreme Court appeal also would raise another delicate question. Would Justice Ruth Bader Ginsburg participate after the comments she made about Trump in July to news outlets?

She told media outlets then that she didn’t want to think about the possibility of Trump being elected and later called him a “faker” in an interview with CNN. Soon afterward, she said her comments were ill-advised and apologized.

Federal law requires recusal from any case in which a judge’s impartiality “might reasonably be questioned.” But at the Supreme Court, a justice alone is the final judge of whether to sit out a case.

A suit challenging presidential election results almost certainly would have to be wrapped up before Dec. 19; the date electors will meet.

But control of the Senate also might rest on results in one state. If a candidate is dissatisfied with the initial tally and a recount, then sues, it could be months before the winner is known.

That’s what happened in Minnesota in 2008. Democrat Al Franken trailed Republican incumbent Norm Coleman by a couple of hundred votes in the first count and led by about the same margin after a mandatory recount.

Coleman went to court and ultimately dropped his appeal after the Minnesota Supreme Court ruled against him.

Franken didn’t take his seat in the Senate until July 2009, more than eight months after the election.