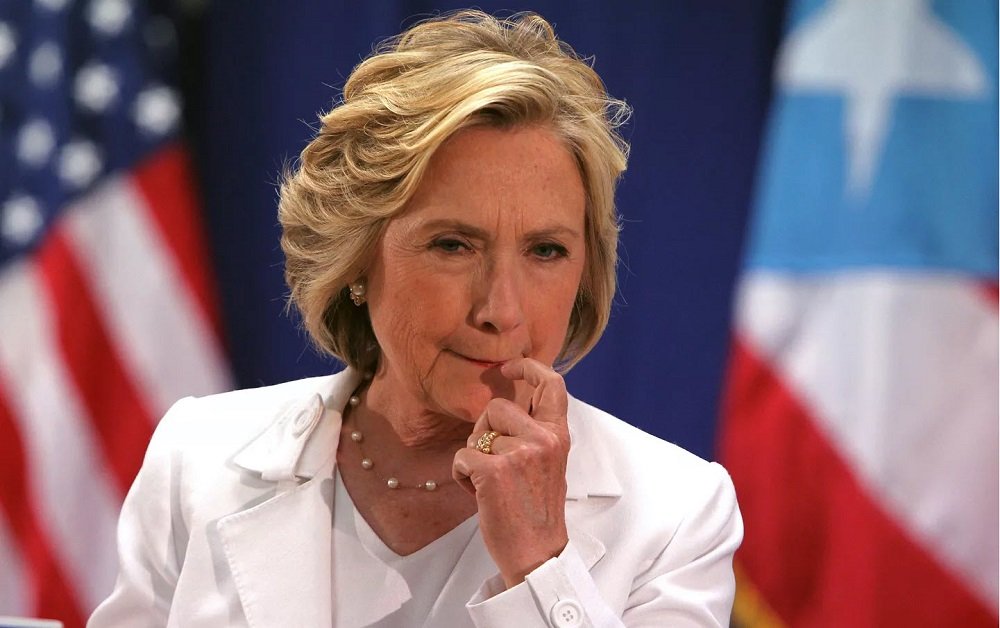 Donald Trump may have reigned himself in sticking to his Teleprompter and avoiding his ‘out there’ riffs, but Hillary Clinton still has plenty of hope in winning the Presidential race.

Polls are showing a variety of things, but Clinton may be pulling in votes from a slightly different cross-section demographic which could put her over the top. Obviously, something that would have Julian Assange gnashing his teeth along with Donald Trump.

Hillary Clinton may not be accumulating the type of early-vote advantage her campaign wanted, but she continues to maintain an apparent edge over Donald Trump, with more than one-quarter of all expected ballots cast in the 2016 election.

The Democrat’s campaign once hoped to bank substantial votes from Democrats in North Carolina and Florida before Election Day. Both are must-win states for Trump.

But data about the early vote suggest she’s not doing as well as President Barack Obama in 2012. Ballot requests from likely supporters have been weak in parts of the Midwest, and African-American turnout has fallen, too.

Still, the tens of millions of early votes cast also point to strength from Democratic-leaning Latino voters, potentially giving Clinton a significant advantage in Nevada and Colorado. With more than half the votes already cast in those states, Democrats are matching if not exceeding their successful 2012 pace, according to data compiled by media outlets.

“We are seeing the trajectory of the election change in some states, but Democrats are also making up ground,” said Michael McDonald, a University of Florida professor and expert in voter turnout.

Early voting – by mail and at polling stations – is underway in 37 states. At least 35.1 million votes have been cast, representing more than 25 percent of the total votes expected nationwide if turnout is similar to 2012. In all, more than 46 million people – or as much as 40 percent of the electorate – are expected to vote before Tuesday, according to polling data.

The results of those votes won’t be known until polls close next week. But early voting data – party affiliation, race and other details – are being carefully examined for clues about the ballots that have been cast so far.

A look at the latest trends:

In North Carolina and Florida, Democrats did better with mail balloting than they had in previous elections. They expected to build on that with the start of in-person voting, where Democrats traditionally do well. But the big turnout – especially among black voters – hasn’t yet happened.

In North Carolina, with more than half of the expected vote already cast, Democrats lead in ballots submitted, 43 percent to 32 percent. But that’s slightly below the same period in 2012 when Mitt Romney narrowly won the state.

This year, fewer polling locations were open in Democratic-leaning counties in the first week of early voting. More locations have since opened, but Democrats are still trying to catch up. Voting by African-Americans has declined to 22 percent of the early vote, from 28 percent in 2012. The white vote has risen to about 73 percent from 67 percent.

In Florida, more than half of voters have already cast ballots. Democrats remain virtually tied with Republicans. At this point in 2008 and 2012, Democrats held an advantage in ballots cast. Obama won the state both years.

Democrats and Republican analysts say they see signs that Republican early voters are those who previously voted on Election Day, while Democrats are drawing new voters. That would be good news for Democrats.

“I’m still bullish that Clinton will get to the 270 electoral votes” needed to win the White House, said Scott Tranter, co-founder of the Republican data firm Optimus.

Latinos may be providing Clinton with support she needs in key Western states.

In swing-state Nevada, where half the total ballots have been cast, Democrats lead with 42 percent to 37 percent.

That’s comparable to the party’s share at this point in 2012, good news for Clinton since Obama ultimately won the state by 6 percentage points. Ballots from Latinos and Asian-Americans – another group that tends to vote Democratic – are up, while ballots from African-American and white voters are down.

More than 1.4 million residents have cast ballots in Colorado, or more than half the expected vote. Democrats hold the advantage, 36 percent to 35 percent. Colorado, for the first time in a presidential election, is voting mostly by mail. At this point in 2012, Republicans held the advantage.

In Arizona, where two-thirds of votes have been cast, Democrats trail by 6 percentage points. But at this point in 2012, Republicans had opened a lead of roughly 10 percentage points. The share of independent voters or those whose party affiliation is unknown is also up slightly.

Turnout rose among all races, but at higher rates among Hispanics.

In Republican-leaning Texas, 3.3 million votes have been cast in the top 15 counties, up 36 percent. The state does not present breakdowns by party. Voter modeling by Catalist, a Democratic analytical firm, found ballots increasing by all race groups, but at sharper rates among Latinos.

Trump may hold an edge in Ohio and Iowa, two states he’s counting on to reach 270.

In Ohio, the heavily Democratic counties of Cuyahoga and Franklin are posting declines in ballot requests compared to 2012, while Republican-leaning counties such as Warren have seen an increase. The state does not break down ballots by party. Voter modeling by Catalist found the white share of Ohio ballot requests was up to 90 percent from 87 percent. The black share fell to 8 percent from 11 percent.

Obama won Iowa in 2012 due to his strength in early voting. This year, Democrats led there in both ballots requested and returned, 43 percent to 34 percent. But Democrats are running behind 2012 levels based on requested ballots, while Republicans are mostly on pace.

But Republicans may be having trouble flipping another state, Wisconsin, that voted for Obama in the last two elections. Overall turnout in Wisconsin is outpacing 2012, with bigger shares coming from major Democratic counties such as Dane and Milwaukee.

Trump also may be holding ground in two Republican-leaning states that Clinton targeted.

In Georgia, the number of ballots submitted has increased mostly among whites, while the black share has declined.

In Utah, Republicans lead in returned ballots, 46 percent to 15 percent; no party voters made up 35 percent. The Republican share of ballots is down from 2012 but improved from a week ago.