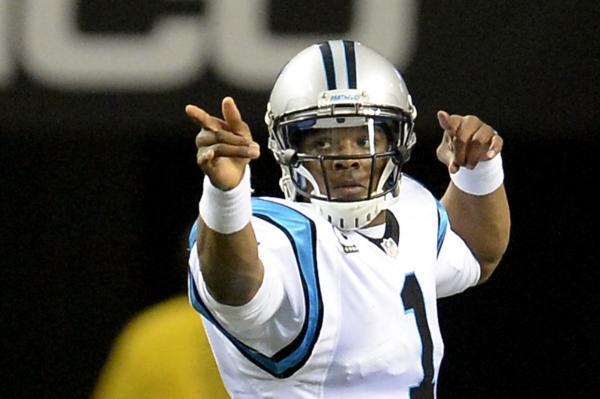 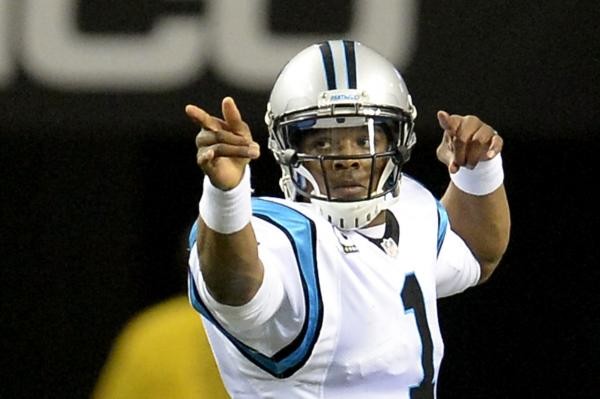 It would take a meltdown of epic proportions for Carolina Panther’s Cam Newton not to win the MVP race. He would have to channel Matt Ryan to wreck his season over the next 12 quarters.

Going 16-0 would make the actual presentation of the Most Valuable Player trophy a mere formality.

I’m not a huge fan of Newton’s theatrics. I have never cared for the whole Superman act of ripping the shirt open. I have never denied the guy’s greatness, however. Ever since his monumental run at Auburn, it’s been obvious he is something super special.

I have even come to appreciate the fact that he celebrates so much on the field. He appears to be fully in the moment and enjoying the hell out of each one. We’re not here long. Might as well have a good time.

The only real competition for Newton at this point is, of course, Tom Brady, who has been phenomenal all year even as his offensive weapons have been snatched away like they were in a Damon Lindelof TV series. Check the chart below from Sporting Charts.com to see how the two superstar QBs stack up against one another.

Even Brady, arguably the best at his position ever, can’t be put above Cam, though. Not this year, in the regular season anyway. When we reach the end of the Super Bowl, it could be a different story.

What if Brady and the Pats are still standing at the end, and Cam is sitting at home after being eliminated by Seattle or Arizona in the NFC playoffs? That’s a real possibility. The AFC looks to be less challenging with Brock Osweiler leading Denver and now AJ McCarron in charge of the Bengals offense.

But of course, the MVP award is all about the regular season. That’s why Peyton Manning has five of those trophies. We all know how the voting would have gone for Mr. Nationwide Insurance had the MVP voting came after the postseason.

Cam and his Panthers have three games left before they begin their playoff march. They face the Giants this week, and we all know how NY likes to wreck perfect seasons.

I’m sure that little loudmouth Mercury Morris will be wearing an Odell Beckham jersey this weekend. Carolina then heads to Atlanta to destroy my Falcons for the second time in three weeks. They then wrap up the year with a home game versus Tampa.

It’s apparent that the Panthers have a great chance to end the season at a perfect 16-0. Even if they drop the last game due to it being meaningless, 15-1 will still be enough to make Cam the official MVP.

While there will be a few pundits that try and make a case for Brady in the end and even fewer who laud Russell Wilson for his late-season touchdown explosion, Cam is the clear choice.

When he wasn’t doing with his arm early in the year, Newton was getting his team over with his running ability. In the past few weeks, the man has been just as deadly with his passing. Throwing to guys like Ted Ginn, Devin Funchess, and Kevin Norwood makes Newton’s passing stats (13 TD throws in the past four games) even more impressive.

He’s done more with less, even more so than Tom Brady, who has had Edelman and Gronk the majority of the season.

The MVP race will be over soon and the results not very shocking. Cam will dab his way to the trophy presentation I’m sure. He’s done enough to separate himself from the competition with 13 games in the books.

The real challenge will come in about four weeks when Carolina hosts a second round game. While what Newton has done in the regular season has been impressive to even the most bitter Cam hater, all that glory can be erased in the playoffs. I had to look up the number of regular season MVP awards Peyton has won. I along with every other football fan knows exactly how many Super Bowl trophies Tom Brady has racked.

That’s what Cam and company should be focused on, not regular season accolades. From the looks of their record, it’s pretty damn obvious that winning games is exactly what this quarterback and his team are focused on.