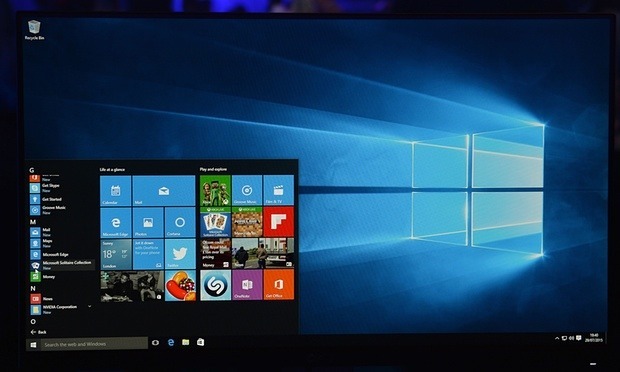 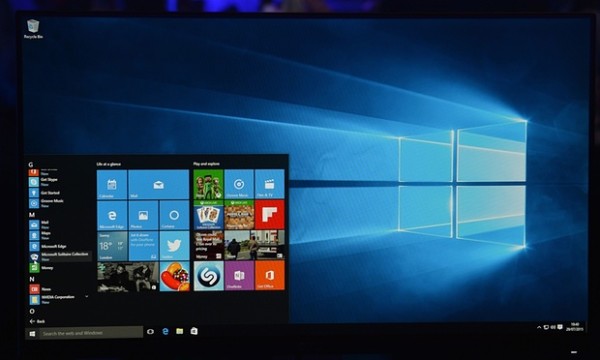 There’s always a lot going on at Redmond. A Major Windows 10 update is coming up. Their new browser Edge is getting geared up for prime time. Microsoft is actually endorsing the use of Linux. And Get Windows 10 prompts are getting to be a major nag.

Redstone includes a better version of Cortana, which is more integrated with Microsoft Office. Hopefully, she becomes more helpful than Clippy and his friends were. Microsoft also promises further improvements to the already useful Action Center. Redstone might also introduce a feature called Task Continuation where a task can be started on one device and continued on another.

Also on Windows 10, the new Edge browser isn’t gaining much traction and the top browser is still Google Chrome because it supports extensions. Let’s face it. People want everything to be customizable, including their browsers, and when Edge first appeared, it looked like a blank sheet of paper. Who wants that? In fairness to Microsoft, Edge is still a work in progress AND Microsoft promised support for extensions soon in 2016. But some users got a glimpse of Edge with extensions leaked out by a Microsoft leaker named H0x0d. The extensions included support for Pinterest in the form of a Pin It button and an Edge version of the Reddit Enhancement Suite. H0x0d apparently got them from premature ‘accidental’ posts from Microsoft which were taken down immediately. What’s more, Edge’s extension support plans to woo Chrome developers by making it easy to port their extensions to Edge and with Edge available only on Windows 10, Microsoft expects to fast track Windows 10 adoption with this move.

Next up, is a seemingly apocalyptical statement from Microsoft. They’re actually offering a Linux certification.

Dr Ray Stantz: Fire and brimstone coming down from the skies! Rivers and seas boiling!

Winston Zeddemore: The dead rising from the grave!

Not really, with CEO Satya Nadella pushing Microsoft further into the cloud, he’s embracing all technologies that will make that possible. If you’ll remember Microsoft actually helping out with the launch of Apple’s iPad Pro. Many companies prefer Linux as their server OS and to be relevant, Azure should very well support it, which it does. Microsoft created the Microsoft Certified Solutions Associate (MCSA) Linux on Azure with the help of the Linux Foundation no less.

“It’s obvious, if we don’t support Linux, we’ll be Windows only and that’s not practical…Last fall one in five instances on Azure were Linux. Today, about a year later, one in four instances are Linux.”

As much as Microsoft wants to push the Windows Server OS to all major enterprises, the fact is, many are happy with Linux and the low cost to run it. Unlike before, Microsoft is like salmon forcing themselves upstream but Mr. Nadella would rather follow the flow. So now, Linux fans and MS fans can live together and IT Pros conflicted on both technologies can actually achieve zen. Certification can be attained by taking the Linux Foundation Certified System Administrator (LFCS) and the Microsoft Exam 70-533 (Implementing Microsoft Azure Infrastructure Solutions).

“Today’s IT environments demand more from professionals than ever before, and the ones equipped to manage this new landscape look to professional certifications to rise above the rest… A Microsoft-issued certification that includes the Linux Foundation Certified SysAdmin exam will most definitely allow professionals to stand apart from their peers and allow them the opportunity to work on the most interesting technologies of our time.”

So there’s no longer an excuse for Linux and MS users to be divided. Now, there are dozens of Linux distros out there but just to be sure, Azure supports the following: Red Hat Enterprise Linux, Ubuntu, CentOS, CoreOS, Oracle Linux, SUSE Linux Enterprise, openSUSE and Debian GNU/Linux. Besides, a lot of people have always clamored for Microsoft to come up with its own Linux distro. They could always cash in on two different platforms.

And finally, we go to that awful, embarrassing move Microsoft made with OneDrive which stemmed from what was an infeasible idea, unlimited storage. Microsoft reneged on the promise of actual unlimited storage for its subscribers as some of them actually took the word ‘unlimited’ literally. This pissed off a lot of free users who were promised 15GB free and were downgraded to 5GB. Paid users were left scratching their heads as to how much their storage actually is. Some backed up their entire life’s worth of data amounting up to several terabytes. Imagine the storage and backup nightmare for Microsoft if everyone did the same thing. Microsoft apologized for the move but stands on its decision. Users who still demand their 15GB promised storage can claim it back. A lesson for Microsoft. Don’t make any more promises you can’t really keep. People might just take you seriously.