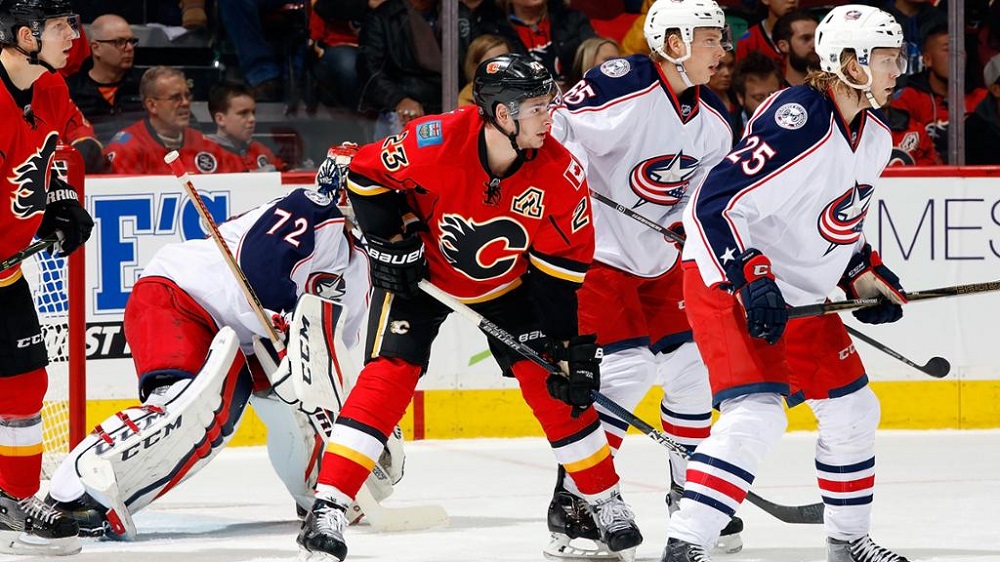 The Calgary Flames have generally been playing well of late. They did suffer a 6-3 setback in their most recent game to the Tampa Bay Lightning, however, over the Flames’ last ten games they have gone 7-2-1. That run of strong form has seen them emerge as one of the midseason contenders in the NHL’s Pacific Division. The Flames, as of Thursday, are also into the NHL’s Super 16 power rankings.

Calgary currently sits 4th in the Pacific with 34 points, however, they are just one point back of the Edmonton Oilers for third spot. Furthermore, the division doesn’t feature an elite team as of yet as the San Jose Sharks lead the division with just 37 points. All other division leaders at this point are comfortably over the 40-point mark. The Anaheim Ducks are the second-placed team while the Los Angeles Kings need to be mentioned as well. They have just 32 points on the season, but they have played just 29 games so far (i.e.,. LA have three games at hand over Calgary and Edmonton).

Dan Rosen published his weekly Super 16 on Thursday at NHL.com, an article that reveals the averaged-out opinions of numerous NHL commentators in regard to what the NHL teams have accomplished so far this season. The Flames have effectively faded their slow start to the season as they debuted as the 15th-ranked team in the NHL’s Super 16. None of the pundits that offered input into the power rankings rated the Flames higher than 13th, a position that Brian Compton, Tom Gulitti, and Robert Laflamme designated.

A big reason for Calgary’s success of late is the Flames’ leading outright scorer, Johnny Gaudreau. He has missed ten games so far this season but Gaudreau, with 20 points in 22 games, still has more points than Calgary’s 2nd-leading scorer Sean Monahan, a player who has appeared in 32 games. Since returning from injury on December 4th, Gaudreau has tallied 9 points in five games. The recent loss against the Tampa Bay Lightning is the only game where he has failed to post a multi-point night this month.

When measuring 23-year old Gaudreau against what the field of NHL players has done this season, it’s best to look at averages because of his missed time. According to NHL.com’s stats, his points per game ranked 28th in the league. However, if you applied a minimum 20-games-played requirement, then he would be 19th in points per game with (0.91). Thus far he is scoring on pace with reigning MVP Patrick Kane and last year’s Rookie of the Year Artemi Panarin.

Between the pipes for Calgary, the Flames have clearly favored Chad Johnson. Johnson started the season as the backup to Brian Elliott. However, teams have generally exposed Elliott as porous this season. In Calgary’s first game, Edmonton scored six; the Oilers added four more in another match-up, and November wasn’t kind to Elliott either. As Dan Rosen points out in the Super 16 article, Elliott has no goaltending victories since October 28th. His save percentage on the season is just .886 with a horrible 3-9 record.

But so long as Johnson is posting strong numbers, things may hold together in Cowtown. The now-starting goaltender has a save percentage of .928, and his record is 13-5-1. When he’s playing, the Flames are winning on most nights and that has seen Calgary get back into the picture. It wasn’t long ago when they were huge longshots for the Pacific. However, they can now be found as short as 7 to 2 (Paddy Power). The division doesn’t have an elite team, so there’s no reason why the Flames can’t be considered a potential top-three team and that would get them into the post-season.