Mary Manchin tells how ‘Supernatural’ comes together in post production

Television is magical. Supernatural is no exception and often literally seems, supernatural- demons, magic, ghosts! We all know the incredible talent on screen, but there are so many talented people who work on the show after the camera has stopped rolling. I had the immense pleasure to ask Mary Manchin (@Nnja11) who works as Supernatural Post Production Staff, some questions about her job and the integral work that goes on behind the scenes to make Supernatural the impressive show we all love.

What is your official job title? Can you briefly explain what your job entails? What is an average day like?

I’m the Post Production Coordinator. My main focuses are ADR (bringing in and coordinating with actors wherever they are and have them redo their cues because of noises on lines or something happening to their mic during a scene and to cover efforts), creating schedules and memos for ADR, invoices, stock footage, coordinating meetings for VFX and sound and taking notes, watching dailies to gather material for the gag reel, checking the recap/flashback memo (this is to make sure that everyone who is shown in pictures, flashbacks and the recap get compensated), checking credits, making sure our PA is good with all of her tasks and helping her when she needs it and any other tasks given to me from a higher up.

Because we are working on multiple episodes at the same time, we don’t really have much of an average day. Everything I listed happens within each day one way or another and then some.
How did you get your position working on Supernatural?
I was working at a smaller company as a Jr VFX Artist and this amazing person from TWD [The Walking Dead] told me how there was a position opening to be a post PA at Supernatural, they got me an interview and a couple of days later I got the job.
How long have you been working on the show?
I have been with the show for almost a year. Since January of 2016. I was the post PA half way through season 11 and then got promoted to coordinator once we started season 12.
Were you always interested in TV production? What interested you most?
I didn’t know exactly what I wanted to do in the industry. I just knew I wanted to be in the industry being creative one way or another haha.
I was a computer art and animation major at Syracuse University, so I always thought I would somehow be in the animation side of film.
What advice would you give to someone aspiring to work in the Television industry? Education? Foot in the door? Share your wisdom.
Push yourself to go do things especially if it relates to what you want to do and to completely be yourself. If I wasn’t unique, acted like myself and didn’t push myself to do the stuff I love or interested me I wouldn’t be where I am now. Even if you think people aren’t paying attention to what you’re doing trust me when I say there’s at least one person and all it takes is one person to notice. I got where I am now because I was kind of quiet in school but my work was unique, and I was passionate about it. I was asked if I wanted to go to Sundance by the head of my department at SU to go network and represent them, I went there and had a blast and got a couple of job offers before I was even out of college. That then lead me on a film festival kick, and I went to the Cannes film festival to network with an organization called the Creative Mind Group (open for anyone who wants to try to get in the industry and I recommend checking it out). Before I left for Cannes, I had designed and developed an app that showcased my portfolio and had one of a kind business cards which in the end got me multiple job offers and had people wanting and willing to help me get where I wanted to be. Another great thing is to use the resources you have around you. If it wasn’t for me applying and working as a graphic designer all four years for a company called Spiders, it’s a part of the marketing department at SU, while I was still going to school full time I wouldn’t know or have some of the skills I have today. Also, make sure that you’re not only applying to huge companies. Make sure to apply to smaller companies that do a similar thing. Apply to anything and everything that you feel you could do and is what you want to do. This last one goes without saying, but be the best person you can be and always try to be positive. You never know what someone else is or had gone through to make them who they are today. No one wants to be around someone who’s negative and a fun sucker.
What is the most memorable moment you have had working on the Supernatural?
I haven’t been here long, but even with the length that I’ve been here there’s been a lot of memorable moments. One of them would have to be comic con. This year was my first year going to comic con (and I have wanted to go since I was a kid) and on top of being able to go and finally experience it I was going for a show that I’m apart of and enjoy working for and I had designed the graphics for the SPN panel and I had the gag reel intro I designed in there too. Hearing all the fans go crazy during the panel to stuff I had designed and have been a part of was surreal and so awesome. I didn’t imagine myself doing the things I’m doing and being where I am so soon out of college. Especially since I’ve only been out here about a year a half.
Are you working on any other projects right now? Anything planned for the future?
I’m almost always working on other projects. I’m a freelance graphic designer on the side. I may or may not be a workaholic. It’s ok haha.
As of right now I don’t really have anything planned for the future “other project” wise. My job keeps me pretty busy. I just finished designing a piece for a book and did a logo design. If you mean other project wise for the show then I guess it would be documenting all the funny scenes for the gag reel and the intro for the gag reel would be a side project for me. If something comes my way project wise that’s awesome and I’ll take it, but if I can get relaxation and social time outside of working I jump on it. It can get a bit overwhelming sometimes.

Where can we find your work, outside of Supernatural?

www.marymanchin.com is my website. That’s probably the best place to see my work. I try to update it as much as I can. Also, I do horror conventions on the side when I can and show off my work.
Is there anything exclusive you can tell me about Season 12?
There’s these two brothers who save people and hunt things and do a pretty kick ass job doing it.
What is your favorite prank on set? Kidding. Totally kidding. … You can answer if you’d like.

Haha well since I am not on set and located in LA the prank question doesn’t work on me. It is entertaining watching them happen during dailies if the camera guys catch it though. :P 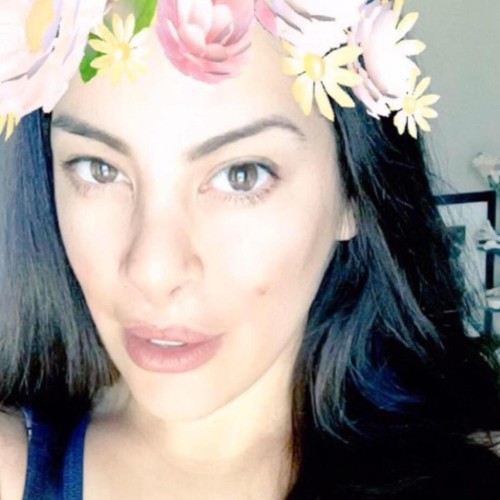 Emy Cookhttps://movietvtechgeeks.com
Emy is a freelance writer who holds a BA in Sarcasm and is currently editor and chief of satire site, TheKaleOnline. She loves studying fandom culture, especially when it is Supernatural.