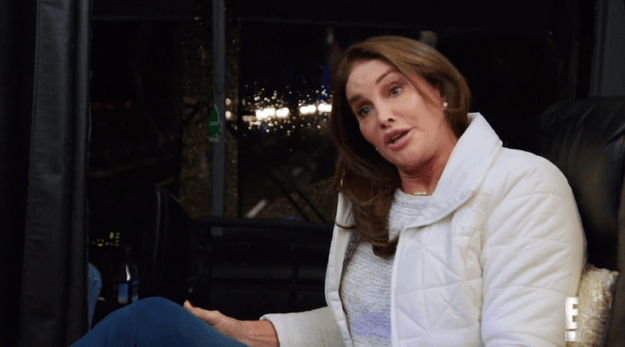 Season 2 of E!’s I Am Cait continued this week with an all-new episode titled “Woman of the Year?” This week the group of women continues their cross-country road trip, and Caitlyn prepares to accept Glamour magazine’s “Woman of the Year” award.

While there was plenty of drama throughout the episode, the first big spat was between Jenny and Kate (both transgender friends of Caitlyn). They get into a heated debate when Kate adamantly states that “tranny” is an acceptable name to call transgender people. Unfortunately, Jenny passionately disagrees, as she was once attacked and called this word while getting physically abused. Thus, she feels that the word has developed a strong negative connotation and is like calling a gay man the f-word. In the end, Kate and Jenny agree to disagree, but there is still some evident tension between the two.

The drama escalates when the conversation transitioned to being once again about politics. It all begins when Caitlyn receives a call from her mother, who tells her that she is beginning to like Donald Trump. This prompts Caitlyn to state that she feels like Donald Trump would be a better president than Hilary Clinton. Inevitably, this enrages the bus full of Democrats, who try to explain to Caitlyn how much Hilary has done for gender equality and the transgender community. However, Caitlyn proceeds to interrupt the other women at any chance she gets, and this frustrates them – especially Candace and Kate, who end up storming off to another room on the bus.

Fortunately, the women were able to release some of the tension when they arrive at the Sunrise Springs Resort in New Mexico. They immediately head to a late night dinner after they unload their bags. 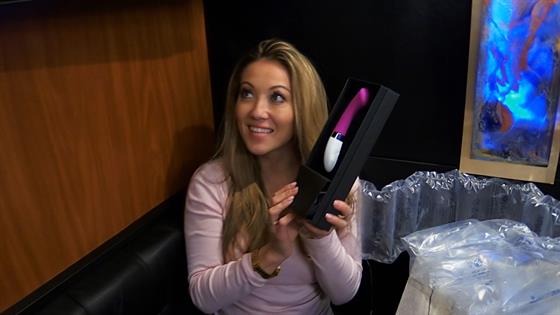 While at the dinner table Caitlyn points out that she will soon be getting the “Woman of the Year” award and wanted to know what the other ladies thought “being a woman” really meant. Zackary states that she feels that being a woman is “being powerful and being aware of your power.” Caitlyn goes on to explain that a lot of people questioned why she would transition from a strong male to a “weak woman,” but she never thought of her journey like that as she always had incredibly strong women, like her ex Kris Jenner, in her life.

The next day the mood amongst the women is notably lighter as they engage in a game of “fluffy bunny” while driving to a local horseback riding facility. The game consists of a person stuffing as many marshmallows, or in this particular case powdered donuts, in their mouth and trying to say fluffy bunny after they put an additional one in.

After a fun day, things once again get serious as Jenny and Kate decide to confront Caitlyn in front of the group about her political outburst the other day. First Kate points out that her and Jenny have managed to find common ground despite having very different ideologies when it comes to being transgender. She uses this point to reach out to Caitlyn and confess that many of the women were extremely uncomfortable and even scared by how aggressive Caitlyn was getting when talking about their conflicting political views.

Surprisingly Caitlyn agrees when Candace points out that often she doesn’t listen to the other side of the conversation. Caitlyn also admits that she can get a bit “excited” when she disagrees, and that might lead to her coming off aggressive. Chandi tells her, “When you’re a sister, and you’re coming from a good place, these things should be received.” Going on to say that what others say “doesn’t have to be liked” but they do deserve to be heard. Jenny then asks Caitlyn to be more calm and loving when voicing her opinion. Caitlyn jokes that when she gets passionate about something, sometimes the “old Bruce” comes back. The conversation ends off with Caitlyn apologizing to the girls and acknowledging she went a bit too far.

The last scene of the episode shows the ladies meeting Javier Gonzales, the mayor of Sante Fe. He talks about an exciting ordinance he helped pass for gender-neutral bathrooms. This entails taking down the woman/male signs and allowing people of either gender to use single stall bathrooms. Javier ends up getting Kate to hang the new gender-neutral sign on a bathroom at a local restaurant.

You can catch more I Am Cait next Sunday, March 20 on E!

Caitlyn attends the Glamour Magazine event to receive her “Woman of the Year” Award, but unfortunately, her date (daughter Kylie Jenner) has a last minute wardrobe malfunction. In addition, Candis gets stood up, and Caitlyn finally receives her new license that lists her as a female.