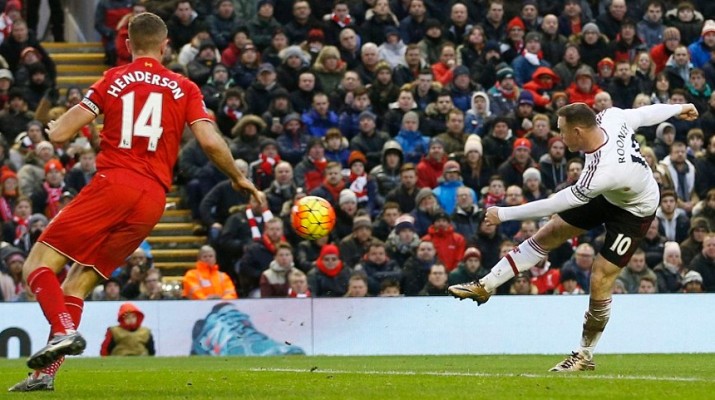 Manchester United lost 2 – 0 against their hated rivals Liverpool on Thursday while Mauricio Pochettino’s Tottenham were punished 3 – 0 by Borussia Dortmund at Signal Iduna Park.

Louis van Gaal’s Manchester United gave yet another lackluster performance and are now trailing by two goals prior to the second leg of their Europa League round of 16 at Old Trafford.

Daniel Sturridge scored from the penalty spot after Memphis Depay brought down Nathaniel Clyne in the danger area. Roberto Firmino netted the second goal of the night in the second half to earn a comfortable victory for his team. The tie is far from over as unpredictable Manchester United can make a comeback on the home soil.

Manchester United supporters were furious with their team’s performance against their biggest rivals. Former Man United legends, Paul Scholes and Rio Ferdinand, were also unsatisfied with the overall performance.

According to Paul Scholes, Manchester United are going downhill while the Merseyside giants are looking better each week. According to the Englishman, there is a big gap in quality between the two sides.

“You saw the gulf in quality here, it was just incredible,” Scholes told the Daily Mail. “Look at the forward players Liverpool had: [Philippe] Coutinho, Firmino, [Daniel] Sturridge. They’ve got goals.

“I hadn’t been sure about Firmino but this last week he has convinced me. He’s been brilliant.”

“Lallana had a quiet period, but he looks like a real player. Before the Liverpool versus Manchester City game, which I worked at, I was thinking, ‘Klopp might only keep two or three of these’.

“They could even finish in the top four in the Premier League this year if it carries on.”

Borussia Dortmund played host to Tottenham Hotspur and the final score after referee’s final whistle was 3 – 0. Spurs now need a miracle to advance to the next stage of the competition.

Aubameyang scored the opening goal for Dortmund at the half-hour mark. Marco Reus added two more in the second half to humble Spurs.

When Pochettino was questioned regarding his decision of choosing a weakened team, the Argentine boss claimed that he doesn’t regret his decision. He made seven changes to his side and started with his best goalscorer Harry Kane on the bench.

“I am very disappointed with the result. It was a bad day in the office, but we need to accept that,” he said.

“We picked the starting XI to try and win the game.”

“I am not worried, I know the circumstances,” Pochettino added. “We need to accept some periods during 10 months that we will have good and bad times.

“We have always had things good, it has only been in the last few games not so much. The players are very sad, but we have to take the positives.”

“We were disappointed, but it was a very good test for us to compare to their level,” said the 44-year-old Argentine.

The return leg of both these fixtures will be very exciting as United and Spurs have a daunting task ahead of them.