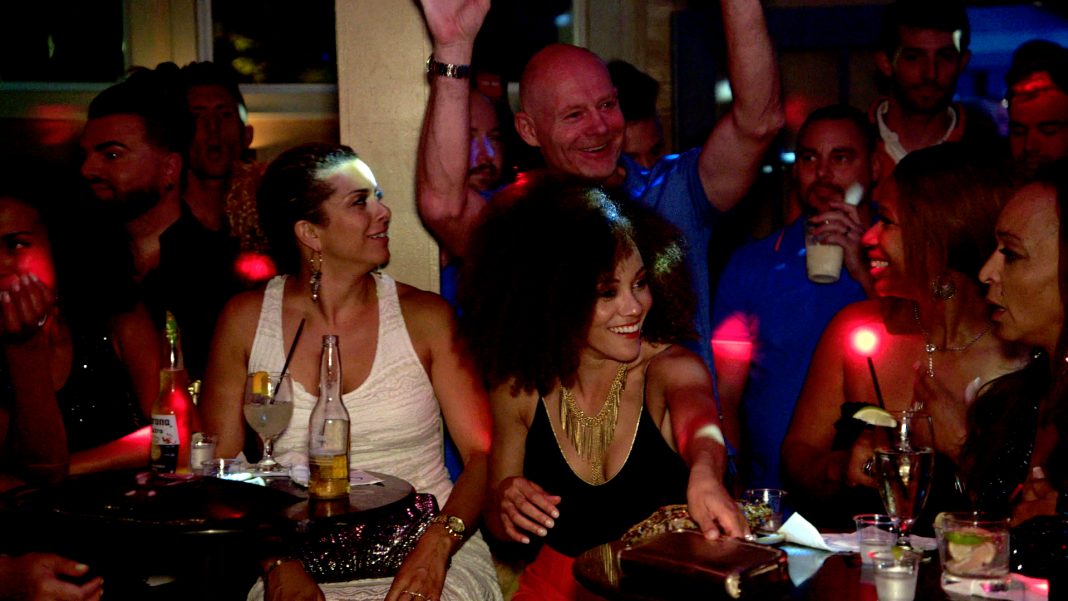 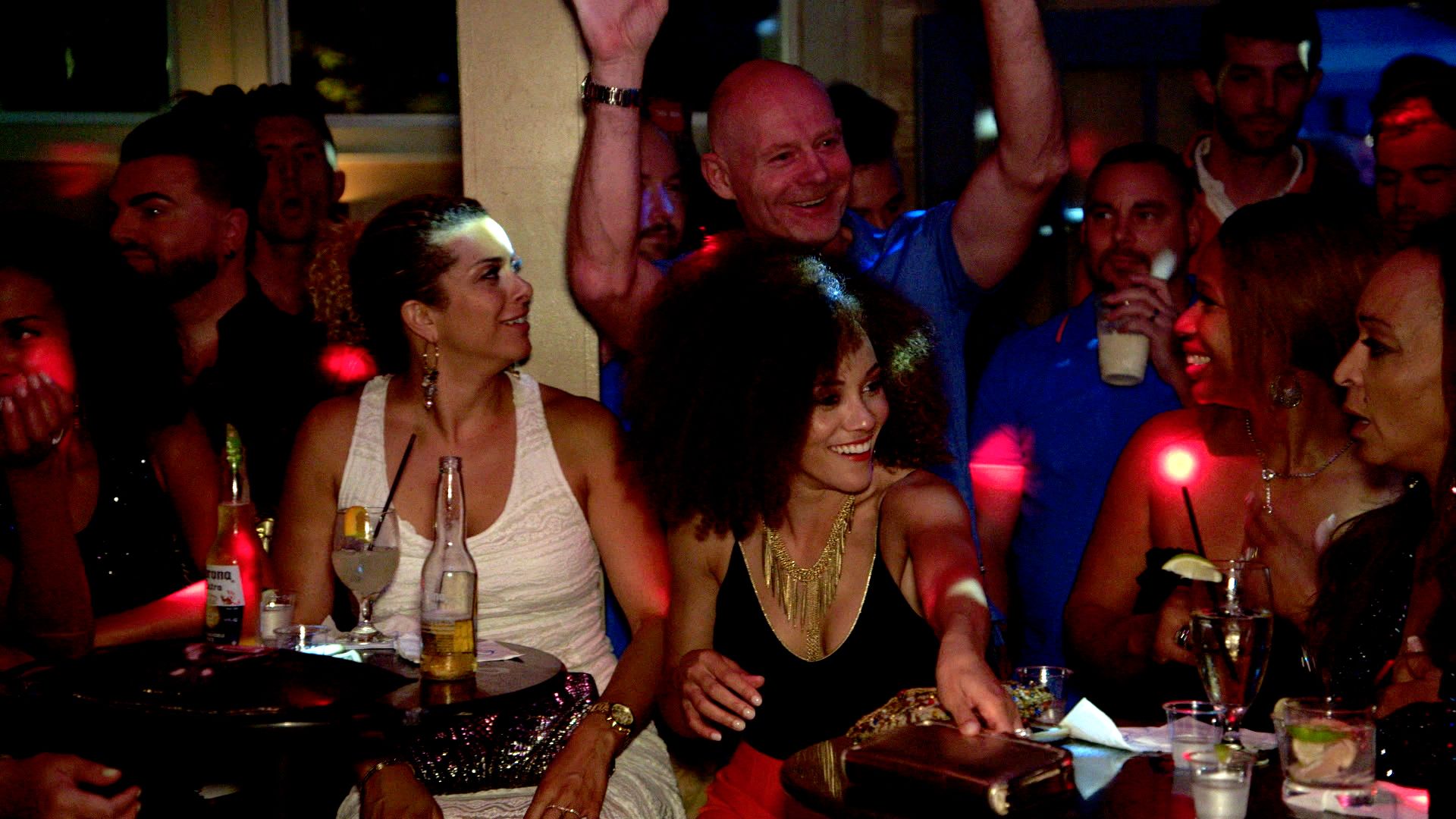 On this week’s episode of Real Housewives of Potomac, “Reading is Fundamental,” Katie gets hounded once again by Gizelle for her strange behavior at Ashley’s party. In addition, more drama ensues after a surprise guest pays a visit at Ashley’s Bethany Beach house.

The episode begins with a continuation of the “Sister Circle” the ladies started in the last episode. Almost all of the women get emotional at some point as they open up about each of their problems. Robyn gets particularly teary when she talks about how she and her ex Juan got scammed by a close friend, which has lead to their current struggling financial situation.

Meanwhile, Gizelle notices that Katie has been particularly quiet and looking pretty stone cold throughout the little activity. Therefore, she takes it upon herself to put the spotlight onto Katie and get her to spill. Initially, Katie refuses to “dig deep into things,” but that doesn’t stop Gizelle from bringing up Ashley’s birthday party (yes, again).

Gizelle explains that she felt Katie’s behavior was “alarming” and that another guest claimed that she thought Katie “was on something” when she was talking with her. Katie admits that she had “a little too much to drink” but adamantly states that she is “clean” in regards to consuming any other behavior-altering substances.

While the rest of the women carry on the night (including doing their best impression of “white girls dancing”), Katie runs upstairs and is evidently upset over Gizelle’s blunt confrontation. Ashley goes to make sure Katie is okay, but Katie just tells her she is “tired” and is going to bed for the night. Ashley sees right through this excuse and can tell that Katie was not happy with what was talked about during the “Sister Circle.”

The next day Katie talks with Charrisse and Brynee about how she felt attacked by Gizelle the night before. Katie admits that the circle was very “draining” and that she thought Gizelle was acting “bitchy” and “presumptuous.” Soon after Gizelle joins in on the conversation and surprisingly Katie confronts her by pointing out, “I didn’t ask you why you feel the need to have multiple sex partners…. and having sex with people in lobbies.” Fortunately Charrisse and Brynee also stick up for Katie and confess that they too would feel attacked if they were in Katie’s position.

Gizelle refuses to apologize, and Katie ends up leaving the room once again. Later on, Brynee and Karen go find Katie, who is camped out in her room, and advise her to be more assertive with Gizelle (i.e. stop running away).

Later in the day, all of the ladies head over to an old fashion photo booth place, where they all dress up in elaborate Western-inspired outfits. For the most part, they seem to have fun and get along, but Katie did manage to throw out one jab that left Gizelle notably offended.

After the photo booth activity Katie finally musters up the courage to talk to Gizelle. Katie tells her that she does not want to ever hear her make comments that paint her to be someone she is not. Much to Katie’s (and everyone else’s) dismay, Gizelle admits that Katie is right and apologizes. In confessional Katie admits that she still finds Gizelle “phony,” even after her unexpected apology.

For dinner, Ashley brings the ladies to a fancy restaurant. For once the women are impressed with Ashley’s choice of venue, as they enjoy a nice dinner outdoors on the restaurant’s patio. The topic of conversation for the night mostly focused on marriage, as the ladies joked about Katie’s inability to get Andrew to propose. In addition, several of the women revealed some details about the healthy settlements they would receive if they were to get a divorce from their spouses.

Katie then brings up how much her political views differ from that of her boyfriend, Andrew. She admits that she is shocked by how little white businessmen care or know about the issues within the black community. In confessional Gizelle slams Katie and claims that Katie has never cared about the black community herself, as she has always been trying to force her way into the white community.

Later on, the women all head out to go dancing at a local gay club. For women who are constantly talking about etiquette, they were sure able to let loose when they got to the club (and consumed plenty of alcohol).

The crew is all having a good time until Ashley’s husband Michael crashes their girl’s night. The women are enraged when Ashley says that Michael is planning to come back for the night to the house. Karen tells Ashley that she is “not comfortable” with staying in the house if he is there. However while Ashley claims to “understand” Karen’s feelings, she remains adamant about allowing her husband to stay in his own home. Karen claims that her husband wouldn’t be comfortable with Michael staying in the same place as her and therefore feels it is completely inappropriate for Ashley to spring this on them at the last minute. Ashley fights back and repeatedly tells them that they are leaving the next morning and can survive having Michael in the house with them for a few hours. Katie, being one of the younger members of the group like Ashley, is confused why the other women (specifically Karen) is making such a big deal about Michael wanting to stay in his own house.

Awkwardly enough, Ashley returns back to the beach house with Michael and gets into an argument with the ladies. While Michael is standing in the next room, Karen goes off on how inappropriate it is for him to crash their girl’s getaway. Michael ends up confronting the ladies and tells them that while he will respect their space and privacy, he is still going to have a good time and stay in his own home. Fortunately, most of the ladies (Charrisse, Katie, Robyn, Brynee) are reasonable and don’t care that Michael is staying for the night. In fact, they even stay up playing beer pong with him for most of the night.

Somehow the other women manage to survive the night with Michael under the same roof but are clearly excited about returning home.

You can catch more from the ladies of Potomac next Sunday, March 20 on Bravo.

Katie continues to try and seal the deal with Andrew. Meanwhile, Robyn and her ex Juan seem to have some sparks between them once again. In addition, Karen’s husband confronts Michael about his surprise drop-in during the Bethany Beach all-girls getaway.