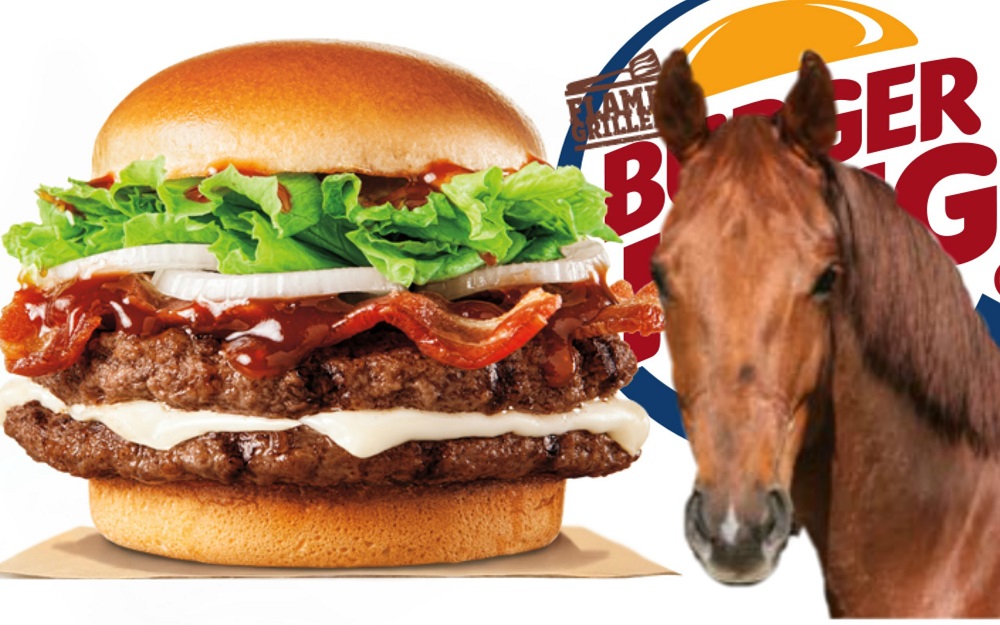 Social media sites Twitter, Facebook, and Google have vowed to stop fake news in its tracks, but here’s another week full of really big headlines that were pure bunk.

A roundup of some of the most popular, but completely untrue, headlines of the week. None of these stories are legit, even though they were shared widely on social media. Legitimate media sources have checked these out; here are the real facts: 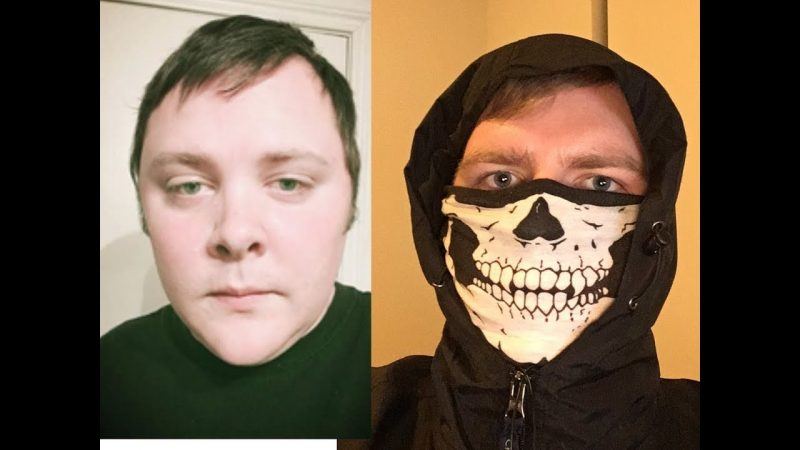 THE FACTS: Texas investigators have said the man who killed more than two dozen people at a rural Texas church Sunday didn’t harbor racial or religious motives. A viral story from a conspiracy theorist site alleged Devin Patrick Kelley was connected to an anti-fascist movement or was trying to start a civil war. Texas Department of Public Safety Regional Director Freeman Martin said earlier this week the mass shooting stemmed from a domestic situation. 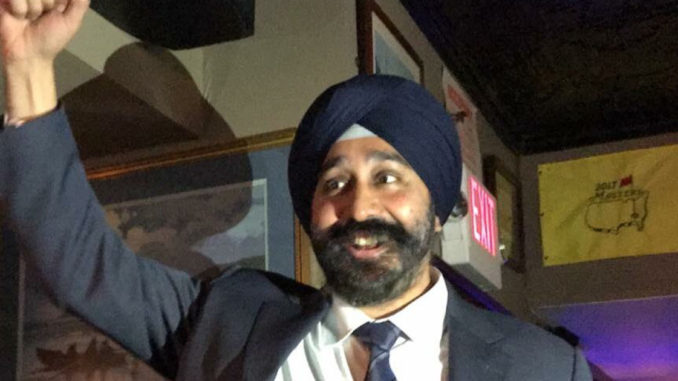 THE FACTS: The city of Hoboken elected city councilman and civil rights lawyer Ravi Bhalla mayor on Tuesday. Bhalla is a Sikh, not a Muslim. Stories shared by various websites also falsely quote Bhalla as praising Allah during his victory speech and claim he has an agenda of implementing classes in local schools. Before his election, Bhalla was the target of anonymously distributed flyers that falsely labeled him a terrorist. He called the flyers unfortunate and said they didn’t reflect what Hoboken was about. 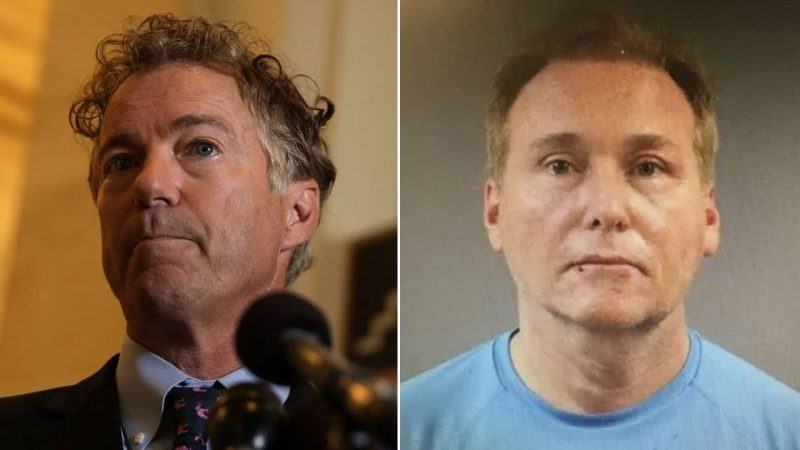 NOT REAL: Senator Rand Paul Assaulted At His Home By Antifa Thug

THE FACTS: Police say the Republican U.S. senator was assaulted at his Kentucky home by his longtime neighbor, not by an anti-fascist. Paul wrote on Twitter Wednesday that he suffered six broken ribs during the attack last week. Rene Boucher is charged with misdemeanor assault over the episode. His lawyer has called it a trivial “property dispute between two neighbors,” saying it had nothing to do with politics. 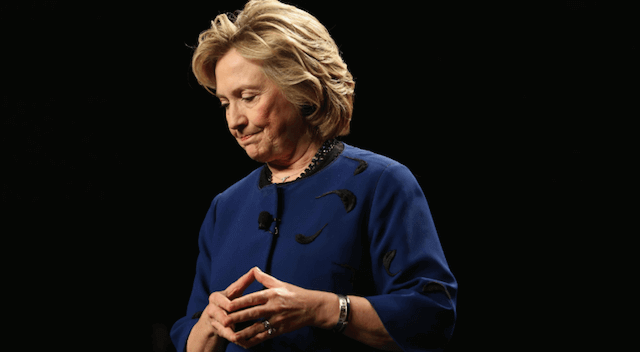 NOT REAL: One Year Ago Hillary Clinton Became First Losing Presidential Candidate in 50 Years to Not Concede in Public Speech

THE FACTS: Clinton gave a public concession speech the morning after Election Day, although she did not take the podium immediately after the Nov. 8, 2016, race was called for Donald Trump. The claim by the conservative Gateway Pundit blog that Clinton’s delayed concession was the first in 50 years of presidential elections is false. Democrat John Kerry waited until the next day to publicly concede to Republican President George W. Bush in 2004; Al Gore conceded five weeks after the 2000 election to concede to Bush while the race’s results were contested. Republican President Gerald Ford let his wife, Betty, deliver his concession speech to Jimmy Carter in 1976 because his voice was hoarse from campaigning. 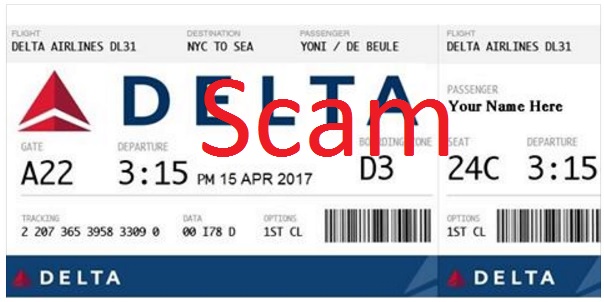 THE FACTS: This offer looks too good to be true, and it is. It asks users to answer survey questions and share the post in order to get 2 free tickets from the airline. Delta tells media outlets that the offer being passed around on Facebook is false. Fake anniversary giveaways like this have also targeted other prominent brands, including Pizza Hut. 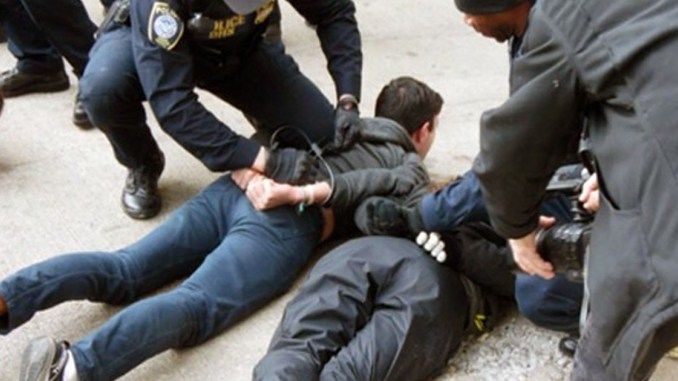 THE FACTS: An article from hoax news site Freedom Junkshun claims the employees at a North Dakota office of the Clinton Foundation were arrested for shredding documents related to a Congressional probe of the sale of uranium to Russia when Hillary Clinton was secretary of state. Foundation spokesman Brian Cookstra tells media outlets the foundation has no North Dakota office or employees by the name of those listed in the story. The photo accompanying the article appears to have been taken during an environmental protest in Washington in 2014. 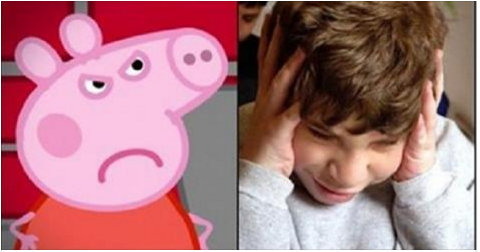 NOT REAL: Do Not Let Your Children Watch Peppa Pig – Psychologists Warn Parents

THE FACTS: Children’s favorite Peppa Pig was not banned by psychologists, and a Harvard University study did not conclude that the show caused children to get autism.

Several sites published versions of a story that said research showed young kids tried to emulate inappropriate behavior in the character, who “suffers from superiority complex” and is intolerant. An epidemiologist, Marc Wildemberg, credited as lead researcher on the study, has never worked for Harvard, the university said. And JSTOR, an online archive with more than 2,400 scholarly journals, shows no academic studies connecting Peppa Pig with autism and no articles written by Wildemberg. 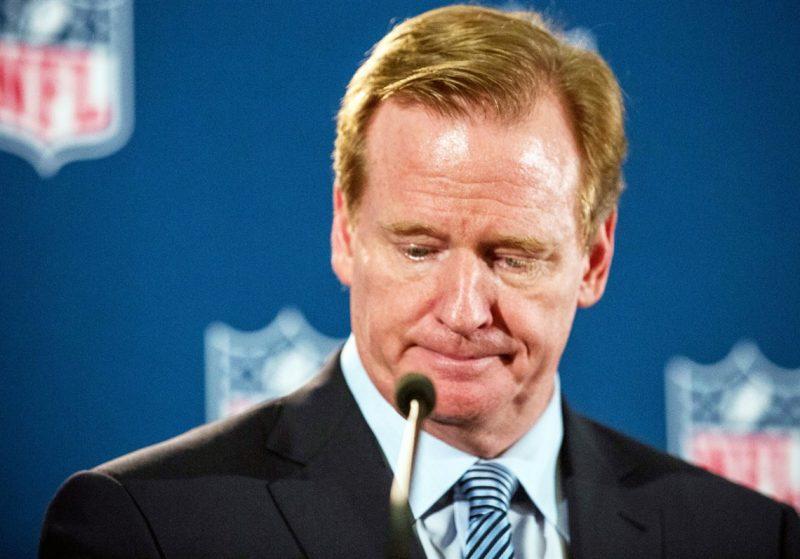 NOT REAL: Roger Goodell OUT as Commissioner — Will Be Replaced by This Coach…

THE FACTS: The commissioner is still in charge of the league, despite an account which cites the ongoing protests by NFL players as a reason why Goodell is being ousted. Goodell was in attendance when the Vikings beat the Browns during a showcase game for the league in London on Sunday and is still listed as commissioner on the league’s websites. The article also neglected to identify a coach it teased in its headline would replace Goodell. 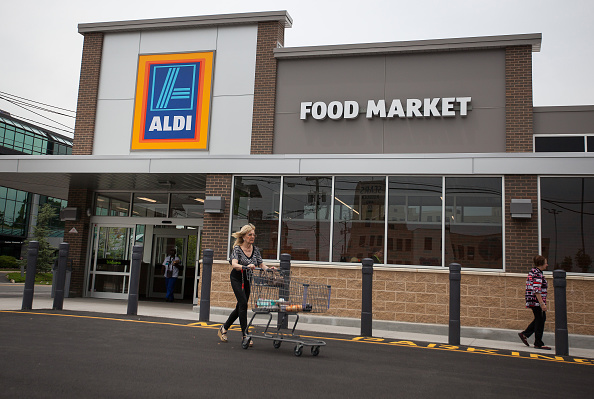 NOT REAL: SCARY ALDI CAR PARK SCAM (WOMEN WARNED TO BE ON ALERT!)

THE FACTS: The supermarket chain denied the report of a series of attacks on women in Aldi’s supermarket parking lots across the country.

The stories detail a supposed scam in which women are approached by men who drug them unconscious, by spraying them with ether they say is inexpensive perfume. Aldi tells media outlets the company hasn’t had any reports that match that description and “stories such as this have floated around for a number of years.” 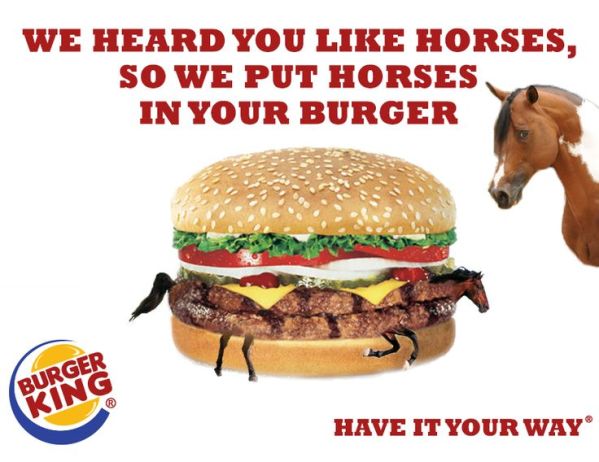 THE FACTS: The fast food giant admitted nothing of the sort. This story is a years-old falsehood related to a 2013 scandal in which European meat suppliers sold horse meat advertised as beef. Burger King cut off one of its suppliers in response. But as media outlets reported at the time, Burger King said it conducted DNA tests on its burgers and found no traces of horse meat. 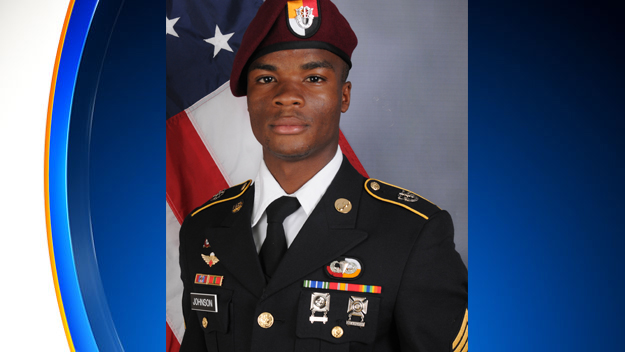 THE FACTS: The Defense Department says there’s no truth to claims in a viral story from writer E.T. Williams that Sgt. La David Johnson betrayed his fellow soldiers in an ambush that killed him and three of his comrades. Army Maj. Audricia Harris tells media outlets that “at no point since the Niger attack has DOD ever considered Army Sgt. La David Johnson anything less than an honorable soldier who sacrificed his life for our country.” Officials say a claim in the story that a letter was found on Johnson in which he called President Donald Trump a “racist” is also false. Trump has defended his condolence call to Johnson’s widow in a public spat with the family and a Florida congresswoman who said the president was insensitive. 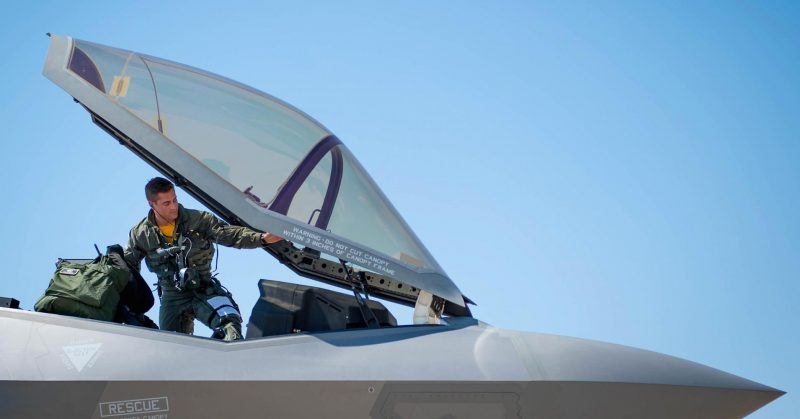 NOT REAL: The Air Force Just Disobeyed A Direct Order From President Trump, Tells Him No 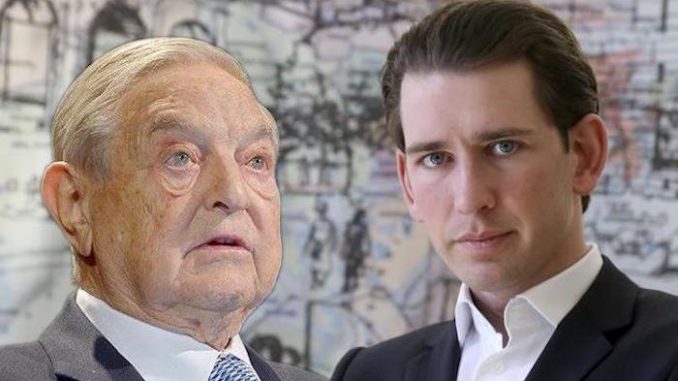 THE FACTS: Soros’ Open Society Foundations weren’t banned by Austrian conservative leader Sebastian Kurz, and the foundations don’t even have offices in the country. A story from conspiracy-theorist site YourNewsWire includes numerous false quotes attributed to Kurz criticizing the Hungarian-born billionaire and liberal philanthropist, including one calling Soros “the greatest challenge humanity is facing.” A spokesman for the 31-year-old Kurz, whose party won an election earlier this month, tells media he never made the statements. A spokeswoman for Soros’ foundations told media outlets the organizations have had no contact with Kurz. 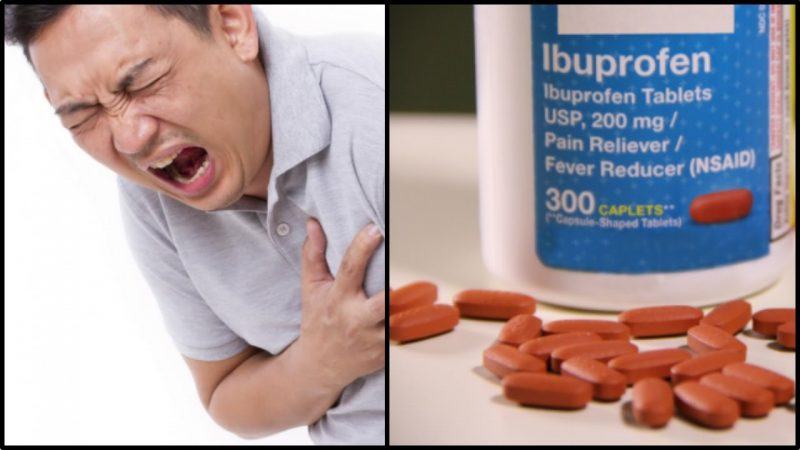 NOT REAL: Doctors Urging People All Over The World To Stop Taking Ibuprofen Immediately, Here’s Why

THE FACTS: This article cited research from Cleveland Clinic cardiologist Steven Nissen backing changes on warning labels on nonsteroidal anti-inflammatory drugs — a category including ibuprofen — noting the medications could increase the chance of a heart attack or stroke. Nissen tells media outlets he wasn’t interviewed by the blog, Culture Hook, and said the outlet inserted “comments” attributed to him that represent its own view. Nissen said in 2015, when the FDA made a change to warning labels, that NSAID use should be safe for those without cardiovascular issues. The blog changed its original headline of the story soon after media outlets contacted Nissen. It now reads “Doctors Are Warning People About The Effects of Taking Ibuprofen for Pain Relief.” 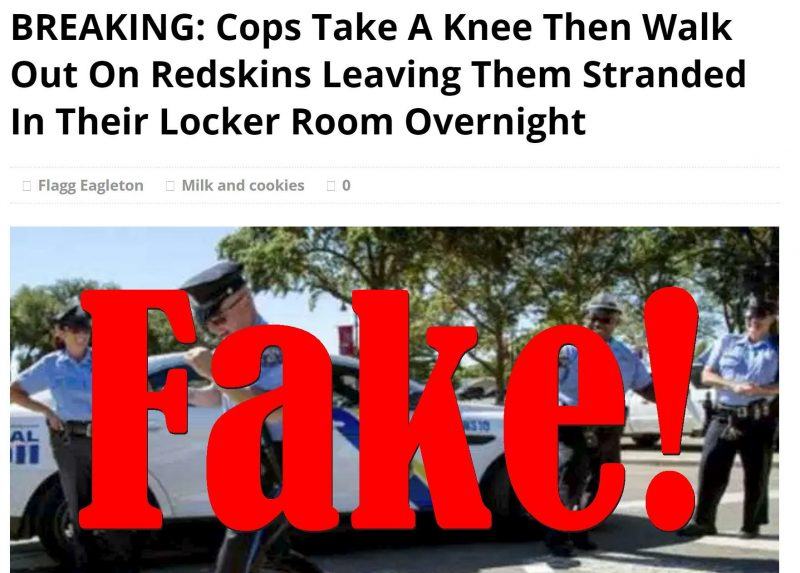 NOT REAL: Cops Take A Knee Then Walk Out On Redskins Leaving Them Stranded In Their Locker Room Overnight

THE FACTS: The Washington Redskins weren’t forced to spend the night in the visiting team locker room at Philadelphia’s Lincoln Financial Field after their Monday night loss to the Eagles. A story that began circulating this week falsely claims Philadelphia police officers assigned to escorting the team took a knee instead and left the team on its own. A photo accompanying the story is actually a Philadelphia Inquirer picture of a city officer dancing at a parade. Police tell media outlets the story is “fake.”