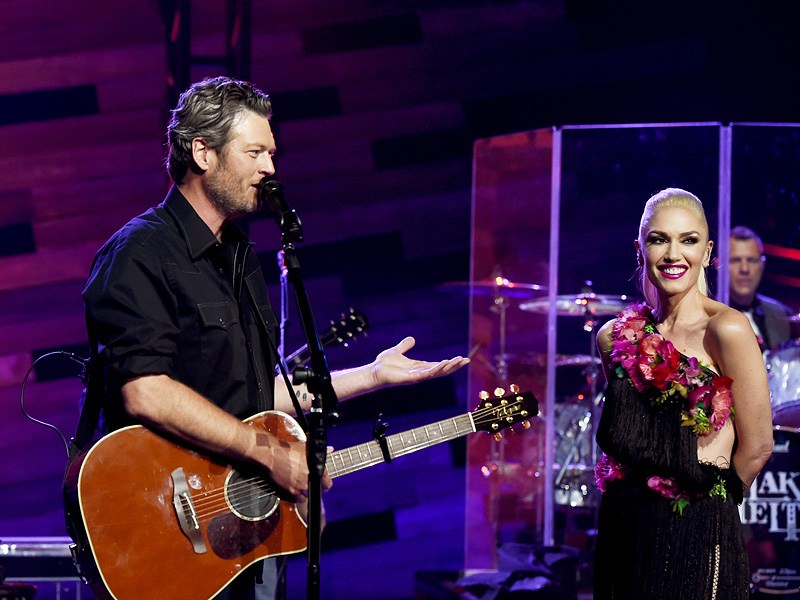 With less than a week left, Billboard is preparing for this year’s annual Billboard Music Awards. Every year the publication and music popularity charting company honors the performers who have dominated the charts over the past year. With categories such as “Top Artist,” “Top New Artist” and “Top Billboard 200 Album,” the award show never fails to bring out some of the biggest names in the music industry.

As the airdate swiftly approaches, Billboard is releasing more information about the upcoming, televised event.  A few days ago, viewers learned that celebrity couple Gwen Stefani and Blake Shelton would be taking the stage to sing their newly released duet, “Go Ahead and Break My Heart.”  Although the two have already performed the song on their show The Voice, fans are still looking forward to seeing them sing it together with the increased production of the Billboard stage.

Another highly anticipated performer that Billboard has just been announced is pop star Rihanna. It has been quite a while since she has taken the stage at a televised award show, thus fans are rightfully excited to see her return to the spotlight.

Lastly, Billboard has also managed to add two music icons to their set list. As we previously reported, singer Britney Spears will be taking the stage to perform a medley of her hit songs. She will also be honored with the “Millennium Award,” which is given to artists who have had a significant impact on the entertainment industry. In addition to Britney, Madonna will also be performing for the Billboard audience. Madonna is set to honor fellow musician Prince, who just recently passed away (which is rumored to have been caused by a Percocet addiction).

You can catch all of the stars and performances when the 2016 Billboard Music Awards airs on Sunday, May 22 on ABC.

As we enter summer, most television networks are winding down their set of spring television shows. This means that the TV executives are making the inevitable decisions of whether to renew certain shows or ax them. On Thursday, Fox, ABC, CBS and The CW all released the list of shows that they have decided to say goodbye to.

While some of the cancellations were to be expected, there are several that caught fans by surprise. ABC’s show Nashville, which has 4 seasons under its belt and a healthy fan base, was unfortunately not renewed. Many believed this decision was due to the show’s star Hayden Panettiere’s current struggle with postpartum depression. Just a few days ago the young actress announced that she would be once again seeking treatment. The network also opted to cancel their hit show Castle, which has had an 8 season run. Based on the show’s stars’ responses (on social media), the cancellation seemed to have taken them by surprise as well.

One that we were sad to see get axed was ABC’s The Family which had an amazing cast with Joan Allen, Allison Pill and Rupert Graves, also had a nice twisty plot that definitely surprised. They left Season 1 with a great cliffhanger, so we know they felt secure in the show as we did.

Some not so surprising cancellations include Fox’s Grandfathered and The Grinder. While both star big name actors (John Stamos and Rob Lowe, respectively), neither of the shows was able to gain much of a following during their short season-long runs.

Nonetheless, we will have to wait to see what shows will be filling in for the newly opened slots in the fall!

Here’s the full list of returning network shows and the ones that were part of the bloodbath:

Canceled
Crowded
Game of Silence
Heartbeat
Heroes Reborn
The Player
Telenovela
Truth Be Told
Undateable
You, Me and the Apocalypse
Best Time Ever With Neil Patrick Harris

Beauty and the Beast
Containment

Returning
American Crime
America’s Funniest Home Videos
The Bachelor
Black-ish
The Catch
Dancing With the Stars
Dr. Ken
Fresh Off the Boat
The Goldbergs
Grey’s Anatomy
How to Get Away with Murder
Last Man Standing
Marvel’s Agents of S.H.I.E.L.D.
The Middle
Modern Family
Once Upon a Time
Quantico
The Real O’Neals
Scandal
Shark Tank