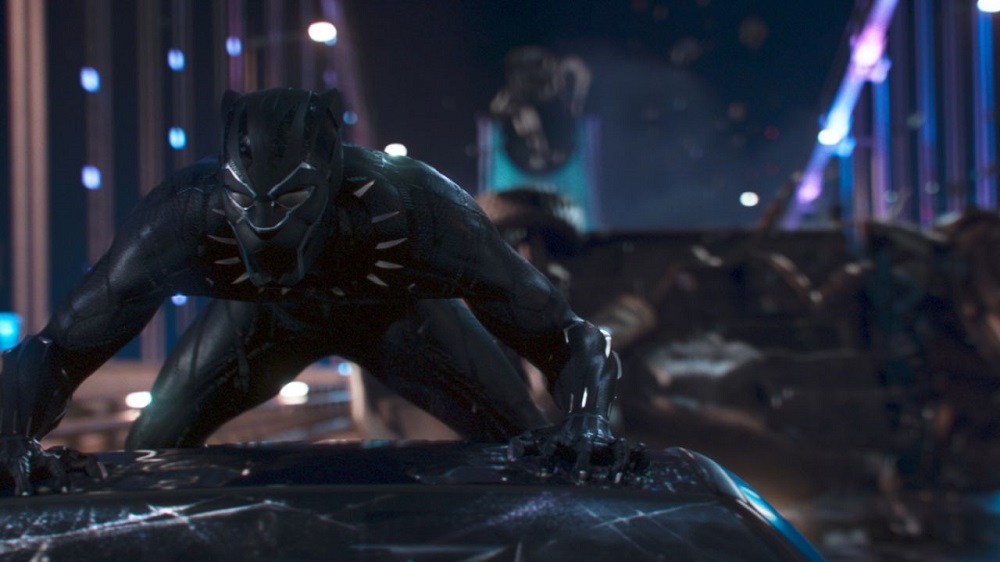 Thoughts on The Black Panther Movie

In my honest opinion, The Black Panther film is pretty much overhyped but a good film nonetheless. Hopefully not overhyped to death with trailers showing before every YouTube video I watch; because as an MCU film, we don’t want it to fall behind the built-up expectations. There is much reason for the hype though because apart from the Avengers’ founding roster, Black Panther is pretty much unknown outside of Captain America: Civil War. This is a spoiler-free review of sorts because the film is just in its first week of screening.

The Character – I could say I’m pretty much in the same boat as the general public because I’m no Black Panther fan. Sorry if I don’t find him interesting enough to pick up or read one of his separate titles. Perhaps, much like others, if he was as heavily promoted like Spider-Man or Iron Man, or gotten started with him early, I’d probably be. So this is more of a fresh perspective on The Black Panther character. Black Panther was great in Avengers: Earth’s Mightiest Heroes. Again, that series should be continued and canceling it was a terrible mistake. I just hate hanging storylines. That series showed me how awesome the character of Black Panther is given how he balances super-heroics with being a monarch much like Namor the Submariner. When his nation of Wakanda is at stake, he decides to put it first and sides with his friends when things clear up.

In the MCU, we had a short version of his origin in Captain America: Civil War where Prince T’Challa takes The Black Panther title and habit (suit) when his father died on a bid for revenge. What’s great in Civil War was how he handled it when he found out the truth. The costume and the action sequences in Civil War made the character look awesome, making us fans thirst for more Black Panther, thus the hype for this film. There’s more of that action in this film, and we get to see more of how T’Challa deals his royal and moral responsibilities. Chadwick Boseman was excellent at both being serious and delivering humorous one-liners the MCU is known for.

World Building – The Black Panther film is much of an origin story for the character as much as it is for his fictional country of Wakanda. Wakanda was first shown as far back as Iron Man 2 as an Easter Egg on a map. It’s first mentioned though in Avengers: Age of Ultron thus giving comics fanboys a solid idea that Black Panther will be coming to the MCU. This film achieved a spectacular job of world building not only in terms of scenery, geography and special effects but also of Wakandan politics, society and even foreign policy which plays a big part in the film.

Like Black Panther himself, Wakanda was built up as a mysterious reclusive society that served to heighten viewer’s curiosity and interest. Let’s just say that this film didn’t disappoint. From a technological standpoint, Wakanda is the most modern country in the world but highly values its traditions. The technology featured here would give Tony Stark a run for his money. In the wrong hands, technology is a very dangerous thing and seeing how the world violently developed around them makes keeping their true nature a secret highly paramount. However, given the state of other African nations around them puts that secret-keeping policy in question as it makes them an amoral wealthy spectator to the suffering around them.

Villains – There are three main Marvel villains in this film, that’s a minor spoiler, but from the trailers, you all know the other two. There’s usually a problem when superhero movies showcase more than one villain at a time. But one thing about the MCU, they handle it quite well, and Black Panther is no exception. First, there’s M’Baku, the Man-Ape from the reclusive Jabari tribe played by Winston Duke (Law & Order: Special Victims Unit). Then there’s Ulysses Klaue played by none other than Andy Serkis who first appeared on Avengers: Age of Ultron. Klaue or Klaw oddly enough, first appeared in Fantastic Four #53. Black Panther himself appeared in Fantastic Four one issue prior, and it’s amazing how Marvel/Disney managed to bring them to film prior to the Fox acquisition. The third villain, of course, is Erik Killmonger played nicely by Michael B. Jordan (again with ties to the Fantastic Four). Except for Klaue, both M’Baku and Erik are sympathetic villains with solid motivations. Early reviews would even compare him to Loki.

However, if there’s a villain problem here, it would be that the hero is once again pitted against his similarly-powered antithesis. Iron Man vs. Iron Monger, Ant-Man against Yellowjacket, Captain America vs. Red Skull and Black Panther against Killmonger in a gold Black Panther habit. Again though, since the MCU focuses on pretty-much unknown heroes, the heroes take center stage, unlike Superman or Batman. We all know who Superman and Batman are and what’s more interesting is who they’ll be up against and the A-lister that will be playing them. It probably wouldn’t hurt though if Marvel Studios could give us a film with a main villain that has a different power set than the hero for the hero’s film debut.

Other Characters – Few films highlight its supporting characters as much as Black Panther did. Erik Killmonger was made out to be a great sympathetic villain perhaps next to Loki. T’Challa’s sister Shuri (Leslie Wright) would surely catch the eye of Tony Stark for her looks and genius intellect. She’s the bright and bubbly Q in this black James Bond film. Danai Gurira (The Walking Dead) who plays Okoye, the leader of the royal guard was also given some spotlight as she must choose between loyalty to the country and her sworn loyalty to the one on the throne. M’Baku, the Man-Ape was both intimidating and amusing. Lupita Nyong-o played Nakia was also quite interesting as T’Challa’s love interest.

Musical Score – I don’t take much notice to a film’s musical score even though it complements much of what happens in any film. But in musicals like Sing, New Year’s Eve, Rock of Ages, they mean everything. Guardians of the Galaxy’s 70s and 80s tunes were awesome and the film even re-popularized cassette tapes. Anyway, Black Panther’s musical score is pretty amazing and complements the Wakanda’s world building along with the modern tunes used in out-of-country action scenes.

If there’s anything to nitpick in the film, is that there are some obvious problems with some of the CGI. Seems like the film’s post-production was rushed. Just enough for fans to notice and to brush off as the film goes on. And even though the Killmonger villain was cool, Michael B. Jordan sometimes went over the top. Also, one of the characters, Everett Ross, felt unnecessary as the token white guy in an all-black film. Like American Tom Sawyer in the all-European League of Extraordinary Gentlemen. Ross, however, is a primary character in The Black Panther comics.

All in all, Black Panther is awesome to watch as a film in itself apart from the MCU. It’s as fresh as Rotten Tomatoes points it out to be and a good way to introduce the world to such an obscure character. Still not as great as Avengers and Winter Soldier. I’d say a four out of five.