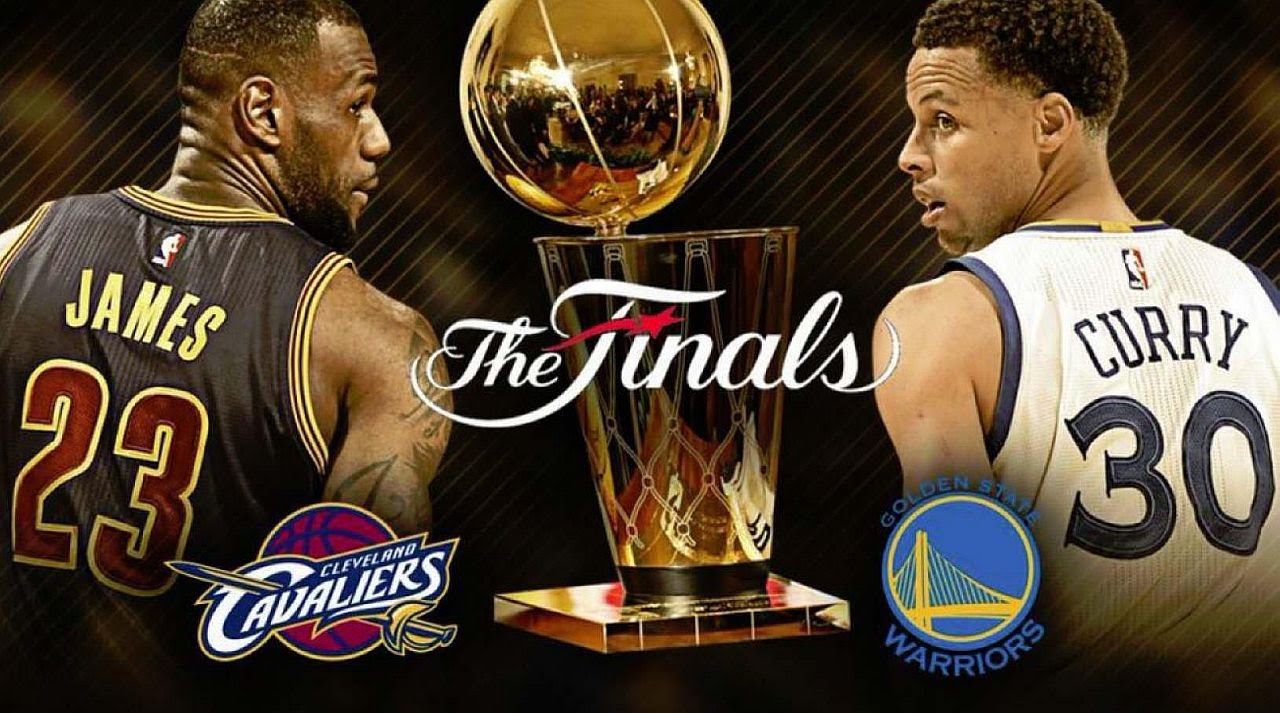 It’s the first time in the league’s 71-year history that the same teams have met three consecutive times with a championship at stake.

Some predictions see the NBA Finals ending quickly. A video game simulation has them going the distance.

All seem to agree on the Golden State Warriors winning.

Beaten last year by Cleveland’s historic comeback, the Warriors will try to avenge that defeat and get back on top when they face the Cavaliers again, the first time two teams have met three straight times in the NBA Finals.

Game 1 is Thursday at Oracle Arena, where the Cavaliers won their first championship last year by becoming the first team to rally from a 3-1 deficit in the finals. The Warriors are back with a more formidable team after adding Kevin Durant, a healthier one after Stephen Curry was banged up last postseason, and not even LeBron James and the Cavs are given much chance of stopping them.

The Warriors are 12-0 in the playoffs and have won 27 of their last 28 overall. Cleveland will have to slow down a team that has been clobbering teams by 16.3 points per game in the postseason.

A lackluster postseason could be salvaged by a close, compelling series, which was the result of an NBA 2K17 simulation that ended with Durant leading the Warriors to a Game 7 rout.

The Warriors are a powerhouse, but the Cavs are 12-1 in the playoffs and give themselves a shot no matter who else does.

“Since I’ve been in this league, it’s hard to get to the playoffs, let alone march all the way to the finals,” guard Iman Shumpert said. “But I think we got a great group of guys, headlined by one of the best guys to ever do it. That gives us a chance in any game.”

Some things to watch in the series:

A LOT OF LOVE? Cleveland almost certainly needs the Kevin Love of the last round to have a chance at the upset. He averaged a quiet 13.8 points in the first two rounds, then busted out for 22.6 points and 12.4 rebounds per game against Boston in the Eastern Conference finals. Golden State will try to keep him in check with Draymond Green, one of the league’s best and most versatile defenders.

“When he’s going, he makes their team a lot better,” Green said, “so it is my job to try to take him out of the game.”

WHAT HOME-COURT ADVANTAGE? The Cavaliers’ nine-game postseason road winning streak, three shy of the 2001-02 Lakers‘ league record, started with victories last year in Games 5 and 7 in Oakland. The Warriors won at least once in Cleveland in each of the last two NBA Finals, part of their franchise-record streak of 14 straight series with a road victory.

STRAIGHT SHOOTERS? All-Star Klay Thompson is shooting 38 percent from the field in the postseason, and 2015 NBA Finals MVP Andre Iguodala is just 3 for 27 from 3-point range. The Warriors’ best lineup against the Cavaliers probably has both players on the floor at the same time, with Iguodala on James and Thompson defending Irving, so Thompson said he doesn’t get caught up in whether his shot is falling.

“What happened in the past in my mind doesn’t really count now unless we go out and finish the deal,” he said. “So as long as I perform at this stage now and play my hardest, that’s all I can ask for. It’s been working up to this point, so I can’t change what I’m doing.”

NO WORRY FROM CURRY: After a knee injury in the playoffs and a quick turnaround following the conference finals, Curry wasn’t in top shape last June. He’s in better health now, even while wearing a sleeve over his elbow to protect some swelling.

“Obviously not really dealing with any bumps or bruises really besides this elbow that’s not really a factor,” Curry said. “So other than that, feeling fresh.”