Home All News Opinion Bill Clinton vs Black Lives Matter and does it matter? 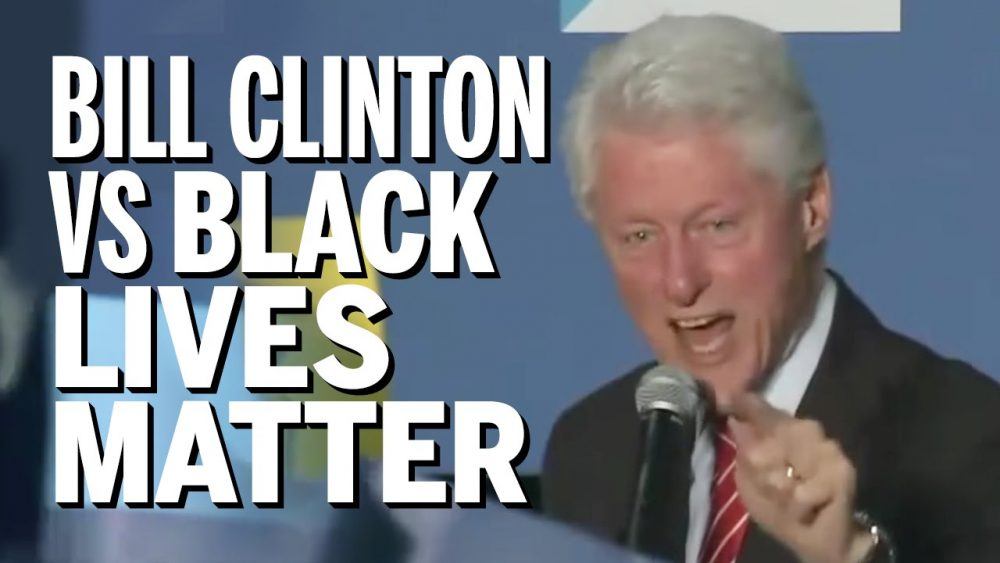 Bill Clinton has gotten a lot of flak from people who did not like the way he answered a Black Lives Matter (BLM) protester during a rally for his wife, Hillary Clinton, in Philadelphia. Black civil leaders have taken to the airways, social media, and other outlets to express their ill feelings. Some have called for him to apologize for the way he handled the situation.

After hearing all kinds of commentary about the incident and actually watching the video of the interaction between Clinton and the BLM protestor, the only question I have is- What happened to the Black Lives Matter movement?

I don’t think that Bill Clinton was wrong to stand up for himself and his wife. He did what any person would do in that situation. I mean the protester was shouting all kind of things to and about him. Who wouldn’t put a person in their place? No, my issue, annoyance and disappointment lies in the BLM as a whole because I don’t know what they are doing. What are you guys doing? How many more interruptions at rallies, which ultimately lead to the people you’re heckling “reading” the hell out of you, is it going to take for you see that your antics aren’t working?

It is a shame that a movement that holds such power isn’t living up to its potential. I mean, interrupting rallies and bringing awareness is good, and needed. But what happens after the signs are thrown away and everyone goes home? Is BLM truly helping to rebuild communities, offering services for poor kids and does the movement aid in creating safe havens in places that so desperately need assistance? I can’t say that those things are what I think about when I hear “Black Lives Matter.” Therein lies the disconnect between what they say the movement stands for and what they show. That’s where things have got to change.

BLM needs a strategy because from my view, what Bill Clinton said in his authoritative tone came off a lot more believable than what the protester intended. Why? Because calling politicians out during their speeches is old and honestly, it only makes the person screaming from the floor look bad. Rarely does it ever work the other way around. The speaker has the advantage of the platform, volume AND the energy of the crowd.

As much as supporters don’t want to hear or admit it, BLM needs to regroup. It’s time to go back to the drawing board because protesting shouldn’t be the catalyst of your brand. I support the message, which simply says, “Hey, this is a reminder that black lives are just as important as other lives.” But I cannot get with their tactics and from talking to other black folks, many don’t agree with the movement’s approach.

Now, concerning what Clinton said and the 1994 crime bill that is the center of attention once again, I cannot speak to the validity of his comments. He claims that he did what was needed; even saying that he spoke to black parents in the communities most affected by black on black crime. I know that he is a master politician and black people really like him. Although he confidently told his truth, he still gets the side eye. I will say that regardless how much he tried and tries to distance his wife from the policies he made, he cannot. There is no way that I, knowing the damage the crime bill did to the black community, would ever vote for a candidate who’s spouse is responsible for it. Not unless the candidate is going against Donald Trump, which in that case, yes, I’d vote for Hillary.

When you think about it, BLM’s protest at this rally may have backfired. Bill Clinton had the opportunity to give explanations about his actions on a particularly controversial subject during his time in the White House. His ability to say his peace on the subject only weakens the protestor’s case.

BLM needs a filter. Protestors must understand the art of timing. Making your presence known is not sufficient. In fact, in today’s society, it doesn’t do anything but feed into negative connotations that already exist about the movement.

The truth in all of this is BLM hasn’t positioned itself to be taken seriously enough to affect change where it really matters- on Capital Hill. There are a large number of people, POC (people of color) and white folks, who scoff at the mention of the movement, and I can’t say that their disdain is totally unfounded.

What happened to the Black Live Matter movement? The real question is how can we make it an actual source of empowerment and a driving vehicle for legislative change.