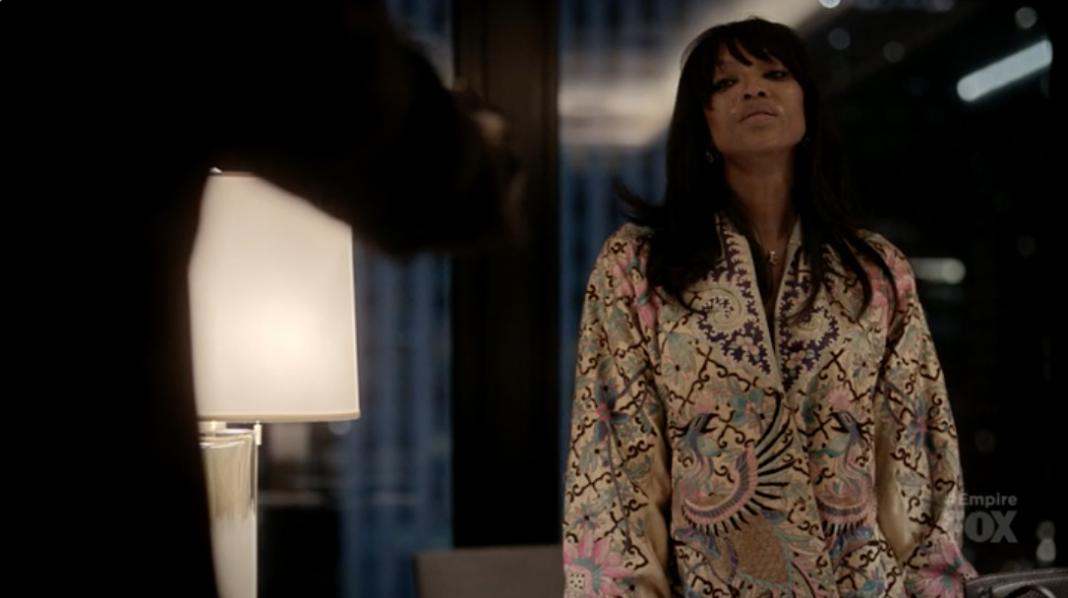 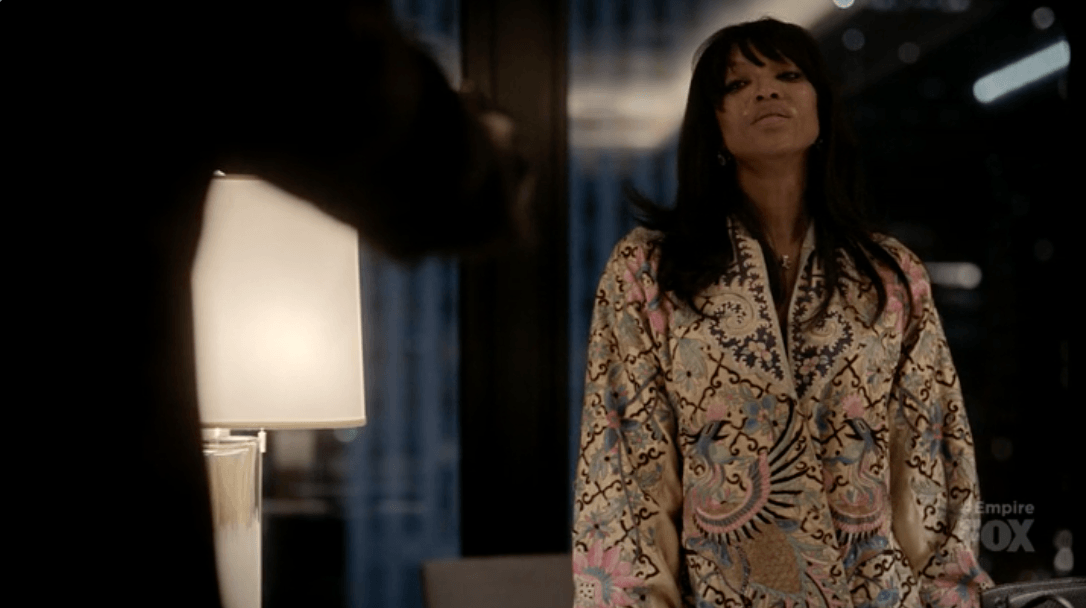 This week on Empire, Cookie gets what she wants, thanks to her youngest son, and Jamal tries to be a better gay. Camilla is finally out of the picture and here is how things go down.

Hakeem is officially announced and introduced as the CEO of Empire before a slew of reporters, and he does a pretty good job. While he appears confident in front of the cameras, his momma keeps him in check, (slapping the hell out of the back of his head) after everyone leaves, reminding him to stick to their plan.

While his family deals with getting the company back, Andre fights to keep his sanity. It seems that he may be on the verge of one of his bipolar episodes. Even so, Dre doesn’t believe that Rhonda’s fall was her fault. In fact, he tells his wife that he had a vision, which she doesn’t want to hear, and God showed him that here is more to her incident than meets the eye. She humors him and then asks if he can convince Camilla to let her work for Empire’s new clothing line (Antony and Cleopatra) because she needs to get back tot work. Andre says he will talk to her on the condition that Rhonda goes to pastoral counseling with him. She reluctantly agrees.

Meanwhile, Cookie deals with Camilla’s scheming ways. Yoko slashes funding for Lucious “Boom, Boom, Boom, Boom” video. She also delays Tiana’s tour, which pisses the singer off and makes her want to leave. She thinks it has to do with Hakeem screwing Laura, which gives Cookie the idea to send the Latina and her group on tour with Tiana. The arrangement keeps Laura away from Hakeem, which is what Camilla wants. It ends up being the thing that makes her agree to back Tiana’s tour again. 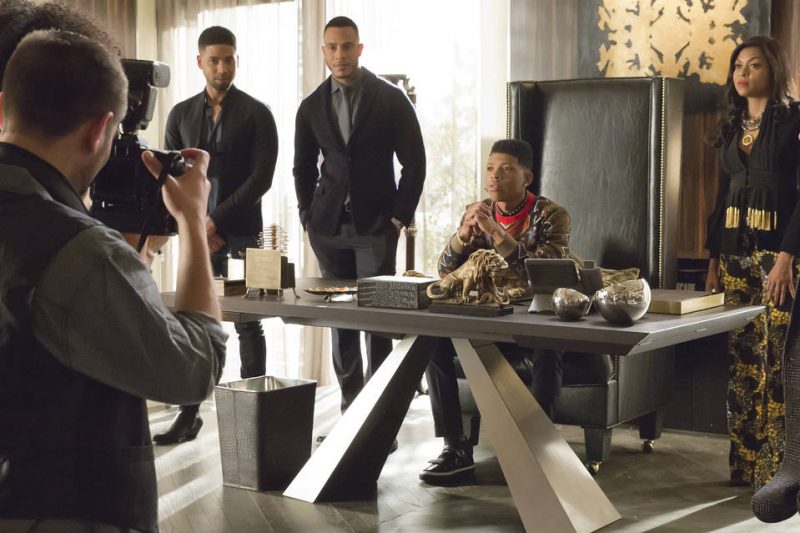 When Cookie tells Hakeem about the stipulations of the tour, he is not with it. In fact, he is pissed that Cookie is not letting him deal with the situation his way. He reassures Laura that she’s not going, but she wants to go because it’s an excellent opportunity. Cookie tells him if he’s going to handle the situation, then he needs to “fix it” or he’s going to lose his girlfriend and his family.

Now, as everyone scrambles to make sure their part of the scheme pans out, Jamal deals with backlash over his “relationship” with Skye from the gay community. There is a scene that is WAY over the top, even for Empire’s standards and the purpose is to show just how much Jamal has upset the LGBT folks. As he and Becky walk out of Empire, a group of gay remix “Drip Drop” saying, “You let the team down, she made the gays frown… she made him go Flip, Flop.” They do a whole dance number on the street that no doubt embarrasses Jamal. It also infuriates him. He heads straight to Jamison, who tells him that Lucious is the one that spilled the beans about him and his lady friend. Jamal realizes that Lucious is trying to sabotage his ACA win. He rushes to Cookie upset and demands Lucious has nothing to do with his Black and White album. He also rages war on his father.

So what does he do? Releases a fire song, which he performs at Leviticus, dissing his daddy and calling him out for his lies. We also find out that Lucious Lyon isn’t his real name. This performance does two things- lets the press know that things aren’t good on the home front and reveals that Lucious’ secrets are deeper than we thought. Juicy, juicy.

Back to Cookie, who is always working. To make her plan happen sooner, she enlists Rhonda as an informant since she works for Camilla’s Antony and Cleopatra. Mrs. Andre Lyon goes to task and finds out that Camilla and Mimi are having some relationship issues. 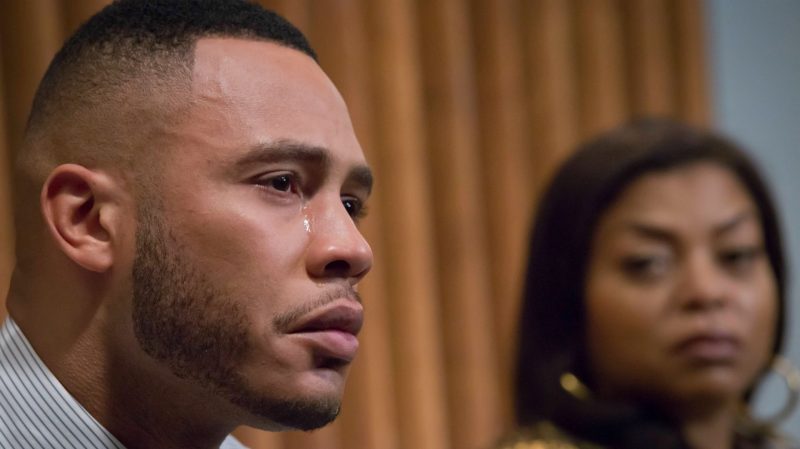 Speaking of relationship issues, Andre ambushes Rhonda during their counseling session. He, in front of the pastor, asks her if she’s cheating on him. Where would he get such an idea? Well, he says that he stopped by her office one night, and she wasn’t there. This whole scene, to me, comes out of nowhere, and it is weird that he would accuse of her that. I guess they wrote it in so it can lead to Rhonda telling the family Camilla is going to visit Mimi in NY. That explains why Andre could not find her the night he dropped by because she was in Cookie’s office letting her know. 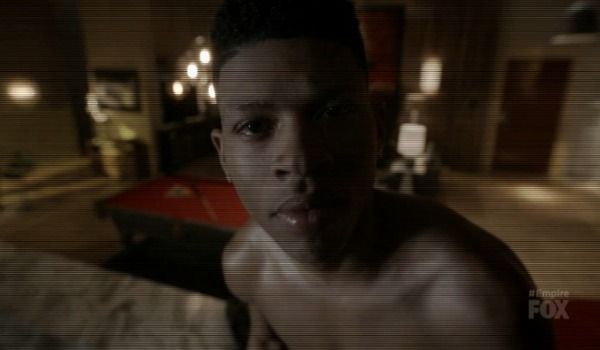 Despite the lack of faith, his family seems to have in him as CEO, Hakeem proves that he knows how to handle business. He makes a sex tape with Camilla (unbeknownst to her) and sends it to Mimi, which miraculously causes her to dump her stock in Empire. Andre wants them all, and since he created a trust in his son’s name, he buys them under that account. This, however, triggers him. Cookie and the boys calm him down, and his brothers perform a song they wrote for him.

In the end, Lucious catches Camilla cleaning up the mess she made KILLING MIMI. Yep, she takes her out. Now his manipulation game is strong as he talks her into offing herself. He tells her all the things that will happen to her in jail, etc. She buys into his words and drinks whatever poison she used to kill her wife. My biggest question in all of this, though, is how the hell did he get into her apartment?

Empire continues to up the stakes and next week. Things really blow up in the aftermath of Mimi and Camilla’s deaths.