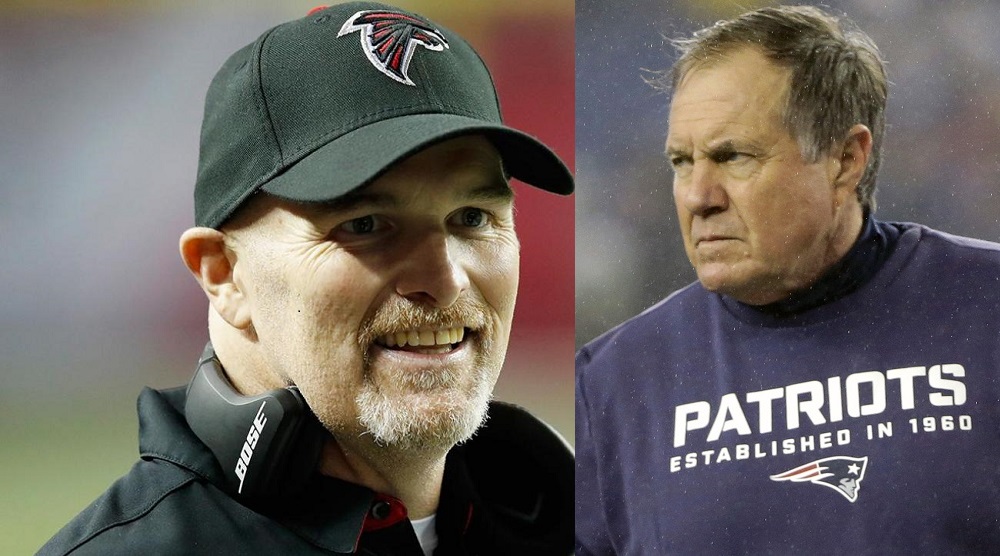 It may seem like a no-brainer when it comes to choosing between the coaches of Super Bowl 51. A closer look however, may not reveal that to be the case.

I get it. Bill Belichick has been involved with Super Bowl game-planning since before anyone even gave a damn about the internet. When his Giants defensive unit bogged down the Buffalo Bills in Super Bowl 25 with a Hall of Fame effort, not one person tweeted about it or shared it on their Facebook page.

And his opponent in Super Bowl 51 is just in his second year of being a head coach. Dan Quinn is one year removed from having his Falcons experience a major meltdown after making it look easy in his first five weeks as leader of the team in 2015.

So the edge in experience clearly goes to Belichick. He will enter his seventh Super Bowl as head coach on February 5th.

Quinn will enter the game as a SB virgin, as HC anyway. He did run Seattle’s defense in their back to back Super Bowls appearances (1-1).

Belichick has the better defense this time around. Don’t think his offense is slouching though, with Tom Brady making it look easy as he ages like a champ.

Quinn has the best offense in the entire League. And his young defense is improving, little by little.

For Atlanta fans, they can be comforted by the fact that all four of Belichick’s Super Bowl wins have been close affairs at the end. He beat the Rams in an upset with a late FG. Seattle threw the game away in the last few seconds literally. And both Carolina and Philadelphia had chances to win with late comebacks.

The thing about the Super Bowl is that it’s one and done. No do-overs. Dan Quinn doesn’t have to out coach Bill Belichick’s legacy.

He only needs to out coach him in one game.

Tom Coughlin may not have outcoached Belichick twice. Most would say Coughlin benefitted from two lucky SB catches.

I agree. Yet the fact remains that Coughlin had his team close enough to the Patriots that a lucky catch at the end made all the difference.

The Falcons are good enough (great historically on offense) to win without luck of course.

And most football games are decided by the Jimmies and Joes anyway. Not the Xs and Os.

Well except when a coach calls for a pass play on the 1-yard line. Which is what happened the last time Belichick and Quinn matched wits in a Super Bowl.