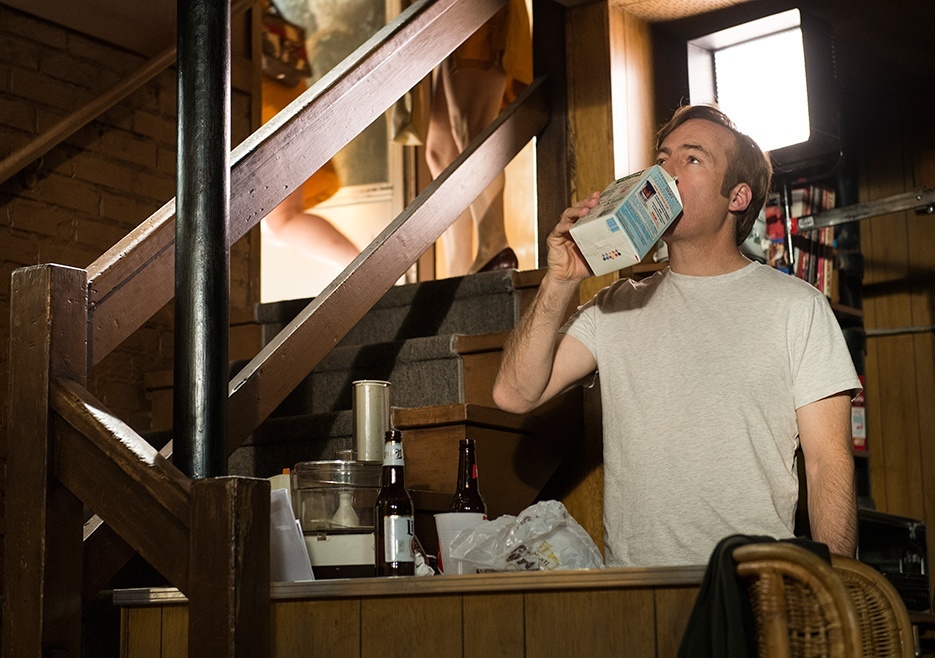 Bob Odenkirk did what many people thought impossible with Better Call Saul. He has made a spinoff worth “’Breaking Bad” fans’ time. His efforts as the slick but flawed Jimmy McGill have kept us all interested in his story during the pre-Heisenberg era. Season one is now in the books with the finale setting the table for season two. 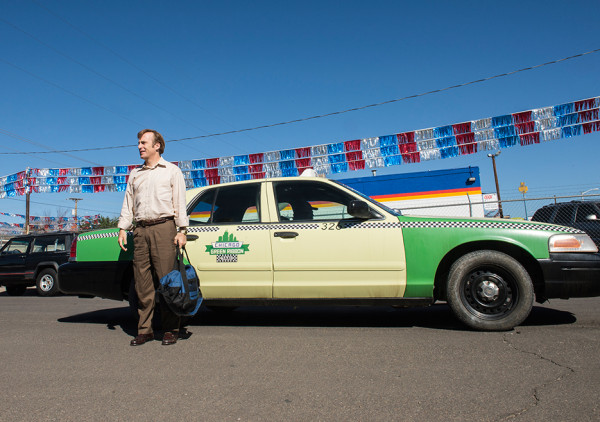 The flashback that starts the episode is when Jimmy had to head to New Mexico after Chuck saved his skin. Jimmy is telling his buddy Marco goodbye. You will remember the heavyweight Marco as Jimmy’s partner in the alley scam involving a Rolex from a previous flashback.

Back to the present day, Kim and Jimmy discussed the Chuck situation and how he had blocked his bid to become part of the HHM Law Firm twice now. Jimmy even had a nice moment with Howard, who had only been doing what Chuck had asked years ago and during the Sandpiper negotiations. Jimmy even apologized for calling Howard a pig molester. These two won’t be going on hikes together anytime soon, but much of the hatred has been erased with Chuck being shown as the real villain.

Jimmy left the building telling Kim that “Chuck thinks I’m a scumbag and there’s nothing I can do about it.” It sucks that Jimmy did so much for his hermit brother, bringing him ice, groceries, and lantern fuel for over a year, yet he was still not good enough for his snooty sibling. I hope Chuck’s malady gets worse, not better. I would like to see him living in a closet by the end of season three. That would be justice. 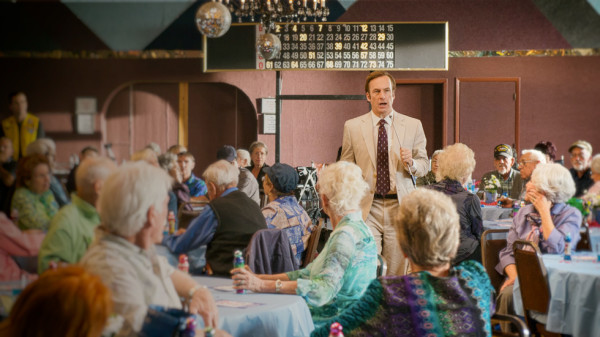 The last bingo contest with the old folks went great. Jimmy McGill was as cool as the other side of the pillow with his potential elder clients. Bitterness has set in now and this round of bingo went straight to hell. Holding that skinny mic, he was about as pissed off as Bob Barker touring a puppy mill. The guy is super frustrated by what has happened and can’t keep it bottled up anymore. He goes on a rant which culminates in him informing the senior citizens about a “Chicago sunroof”, which involves taking a dump through someone’s sunroof. That’s how he ended up with the sex offender charges that ultimately led to the need for Chuck to get him released from jail in Chicago. 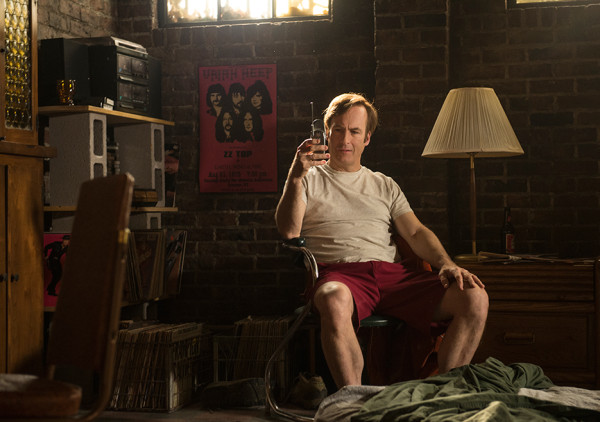 I can understand Jimmy’s anger. However, he still has a good thing going with this elder law practice. He is good with the older community and it will eventually pay off. He is letting his brother ruin it for him though. If he would just do his own thing he would eventually be happy and get paid handsomely. His expectations are not lining up with reality, which is making it tough on the guy. 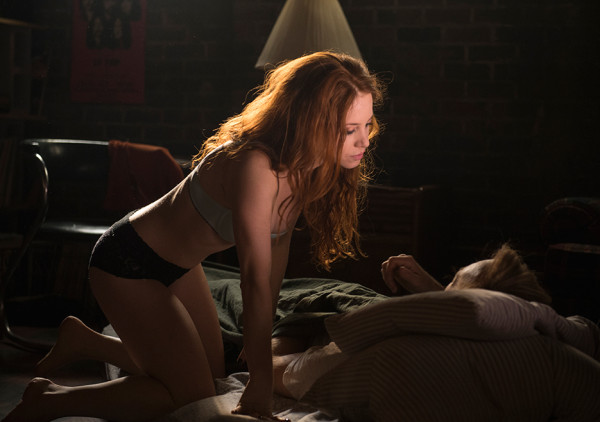 Heading back to his old stomping grounds in Chicago, Jimmy goes back to his regular hangout bar. He finds Marco there just as he was when he left. The big guy hasn’t evolved a whole lot. They do a little scam with a half dollar for old time’s sake and seem to enjoy it immensely. He and Marco spend the next few days running various cons while making some good money no doubt. Jimmy even convinced some skank that he was Kevin Costner. It took a sober morning stare for her to realize the truth. 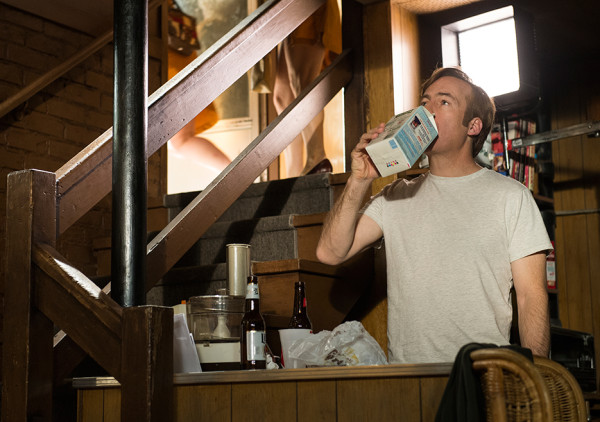 Jimmy realized he needed to get back to his clients in New Mexico after listening to several voicemails. Marco didn’t want this fun to end so he begged Jimmy to run the Rolex con once more. McGill finally gave in and agreed to one more time. I thought maybe Marco was running a scam on Jimmy with this last hoorah to get his boy to stay. It turns out that Marco, who was not the picture of health, would not make it through this last con game. He had a heart attack in the alley where they were going to rip off the mark. Before he faded out of existence, he told Jimmy that the past week was the best of his life. 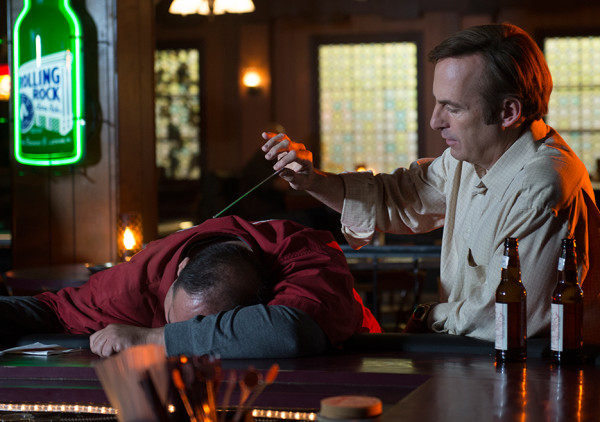 After Marco’s funeral, Jimmy received some great news from Kim. Another law firm was going to be helping with the Sandpiper case and they wanted to interview him to help with his case. Howard and Kim had put in the good word for him. He would be on track for a partnership there if they liked him. All the Sandpiper clients had raved about Jimmy being so helpful to them. Finally something positive for “Slippin Jimmy.” 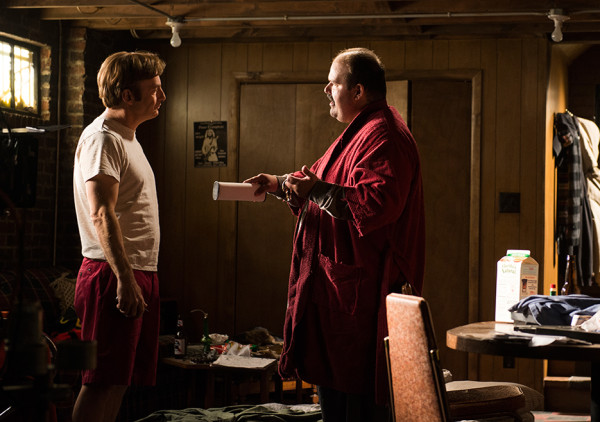 We got another taste of Chuck’s douchery. He is so condescending to the guy sent from HHM to do his supply shopping. Chuck is going to get his payback eventually. You can only be a dick so long….I think. I was glad to see Jimmy drive away without going into Chuck’s house. He does not need that guy in his life, brother or no. 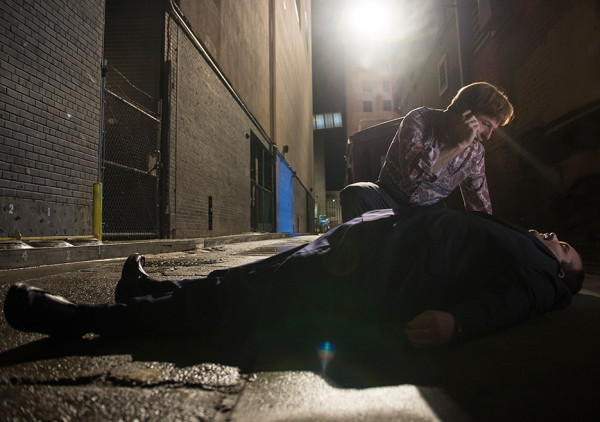 The meeting Jimmy has with the law firm helping HHM is all set. He even drives to the building only to skip the interview completely. He talks to Mike as he exits the parking lot and wants to know what the hell they were thinking by not running away with the $1.6 million they ripped from the Kettlemans. I knew that was a mistake at the time obviously. They were set for life and the Kettlemans would have had no clue who took it. Mike says he was hired to do a job so he did it, and that was that. Jimmy told Mike, “I know what stopped me and it’s never going to stop me again,” as he drives off with “Smoke on the Water” blaring on his little radio.

What was it that stopped Jimmy from taking that money? A sense of doing the right thing? Trying to please his brother by showing him he is not “Slippin Jimmy?” Maybe his respect for the law after studying really hard to become a full fledged lawyer? Not bouncing with that bag full of cash has something to do with all those reasons. Going forward those reasons are not going to matter much. Jimmy may have turned the corner on being the lovable good guy who is too nice to get ahead of the game. Chuck’s betrayal broke his spirit. Jimmy could still do right and become successful, but he seems to believe what Chuck said about him last week…”People don’t change. You’re still Slippin Jimmy.” Had Jimmy made it to his interview with the law firm that wanted him on board, maybe he doesn’t end up working at a Cinnabon years later because of his shady dealings. Instead he is going to carve his own path on the darker side of the law by becoming “Slippin Jimmy 2.0,” better known as Saul Goodman.