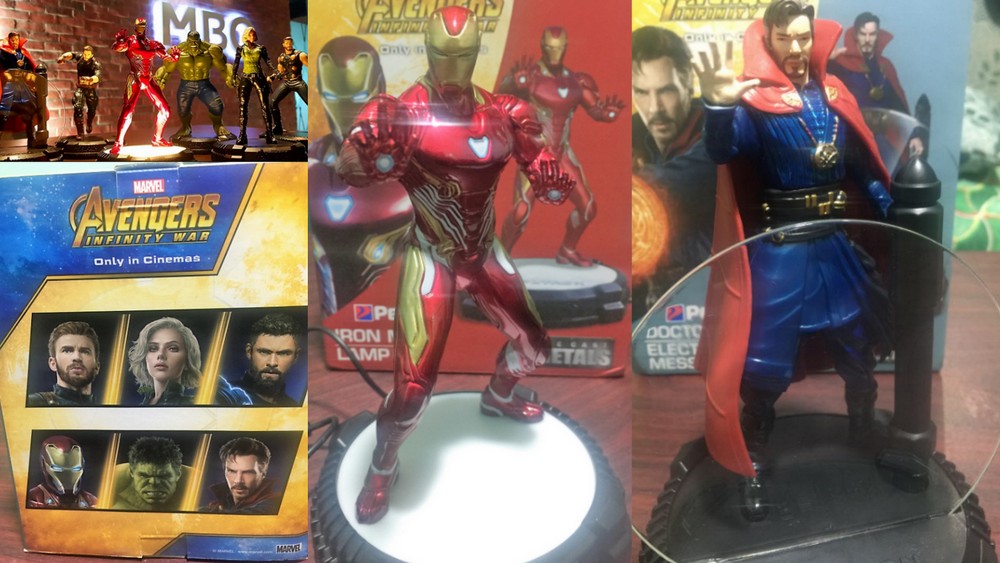 If you reside in Southeast Asia or have a friend in Southeast Asia and are a fan of the MCU, then you must pick up the exclusive Avengers: Infinity War Desk Collectibles. These are die-cast desk display pieces of several Avengers characters that have their individual functions other than being a display or paperweight. These are available exclusively from Petron gas stations for RM45 or 45 Malaysian Ringgit (USD 11.57) after purchasing RM50 (USD 12.58) or above worth of oil or gas. Unfortunately, these figures will only be available between April 15, 2018 and May 15, 2018 or as long as supply lasts. This is in no way an endorsement for the items nor the gas company. You might get lucky and some here to grab quickly as they will easily be worth something down the road.

There are six characters available which include Steve Rogers, Black Widow, Iron Man, Doctor Strange, Thor and the Incredible Hulk. Steve Rogers functions as a call and mobile alert display which of course alerts you if you have a call or message on your phone; Black Widow functions as a useful USB hub; Iron Man is a desk lamp; Doctor Strange is an Electronic Message Board; Thor is a multi-charger so you can charge your Apple or Android device and Hulk acts as a not so glamorous memo pad holder. The good size and heft of these things make me pine for the Hulk next.

Most of the figures are just gorgeous, but my priorities include Iron Man and Doctor Strange. They’re my first purchase and are the subjects for this little review. If I have to have at least one of these, it would be these two characters since I’m a fan of both. But if I have to choose function over form, the most useful would be Thor and Black Widow, and if you have to have both form and function, Hulk would be great as I make good use of notes at work. 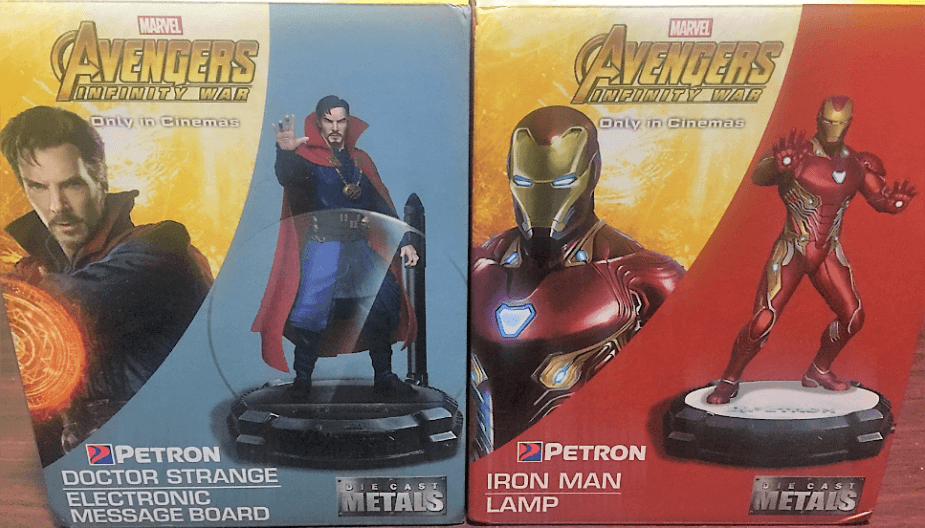 First off, let’s talk about the Iron Man desk lamp. The moment I opened the box and took him out of the Styrofoam, Iron Man simply looked amazing. I absolutely loved the glossy finish on the 6-inch figure. The figure itself is mostly made out of die-cast metal except for the head and arms. The figures are mostly like statues. Though it may seem that the arms can move for additional poses, I’d rather not force them for fear of breakage. Both figures are rather hefty due to their die-cast composition. Due to the craftsmanship of the figure, I’d say it’s worth the investment. There’s not much detail though down Iron Man’s lower half as he doesn’t look too mechanical, or whatever mark number his suit is now for the film is just too advanced.  Unlike some Marvel Legends action figures, the mask doesn’t open up, but that’s maybe too much to ask. But the glossy paint on the non-metallic areas looks quite consistent with the die-cast paint.

As mentioned, he functions as a desk lamp. The LED lights are hidden in the base and has three settings. White light, yellow light and Off which is quite unexpected. The lamp is powered via USB so you’ll need to look for a separate phone charger if you intend to use the figure as such. The problem though is the rather dangerous procedure of getting the USB cord out of the base as it was tough to take out of its latch. 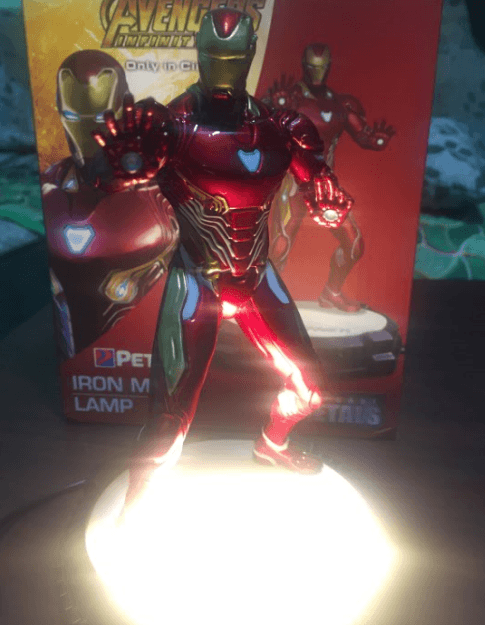 Now for Doctor Strange. He’s not as beautiful a figure as Iron Man, but he looks quite nice, especially with the die-cast. The metal is mostly on his torso and legs while the rest is made out of hard rubber. The figure has average detail work but still resembles our MCU Doctor Strange. We can’t exactly expect the detail work on his face to look like a Marvel Legends figure, but it’s good enough. His clothing looks good, but the lapels on the cape of levitation and the Eye of Agamotto just don’t look as detailed as I’d like. May seem a lot to ask for 12 bucks.

Again, the arms have very limited movement. I also forgot to mention that the heads can also move a little. There’s little to expect in terms of poseability, and again, the die-cast does a good job in hiding the shortcomings. So does the figure’s added functionality as an electronic message board. The type where you write a message on a glass panel which is illuminated by LEDs. Unlike Iron Man though, Doctor Strange is powered by three AAA batteries at the base and has only one color for the lighting which is blue. The pen, in the form of that awkwardly placed post is yellowish in color and the ink is inconspicuous when the light is turned off. The writing is rather thin unless you make an effort of doubling your doodle.

Overall, these gas station pieces make for great additions for any Marvel collection, and each is quite useful for their respective functionalities. They have a good level of detail, and their die-cast composition make them great displays for any geek’s desk at the office.

Here’s a little bonus for all your Avengers fans with Avengers #1 for 2018. Enjoy!