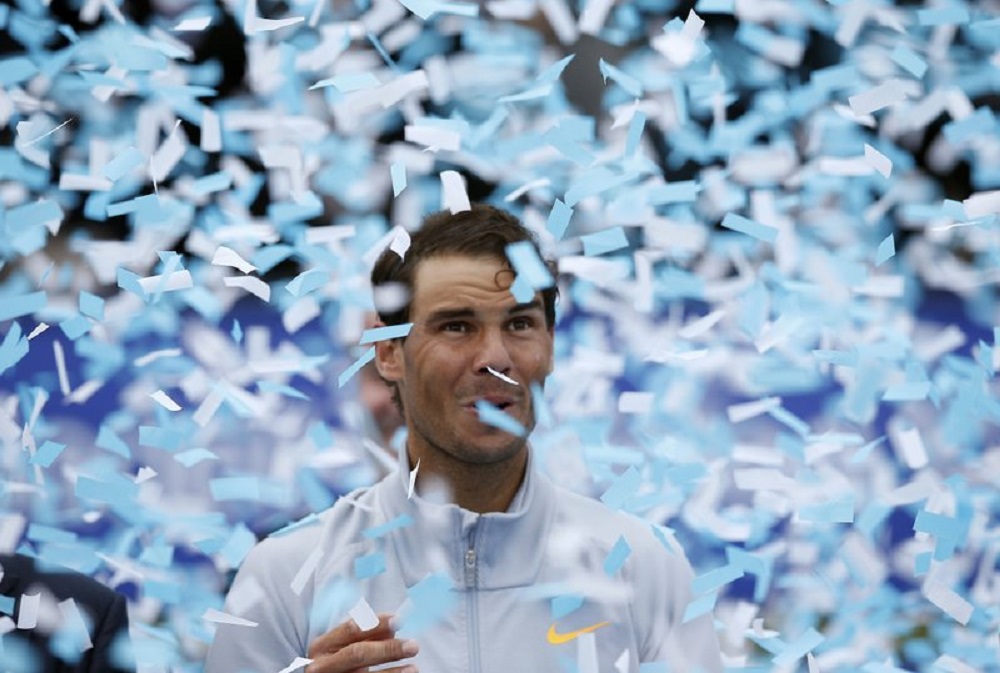 Rafael Nadal is killing it on the clay courts of the 2018 Madrid Open, but suddenly his off court action is causing some ire. Rafa has put himself in the middle of a soccer controversy in Madrid.

A longtime Real Madrid supporter, Nadal appeared with a Atletico Madrid jersey during the club’s Europa League match against Arsenal last week, making headlines across Spain and attracting a wave of social media reactions from fans from both teams.

Nadal couldn’t avoid the issue when he arrived in the Spanish capital for this week’s Madrid Open.

“Well, there is a problem with today’s society, that to be a true supporter of one team, it seems that you have to be anti another team,” Nadal said Monday. “I just support Real Madrid. I have a lot of friends that are from Atletico. They are playing in a competition in Europe against an English team. I just went there to support Atletico Madrid. They invited me. I just wanted to enjoy the day, to see a great football match.” 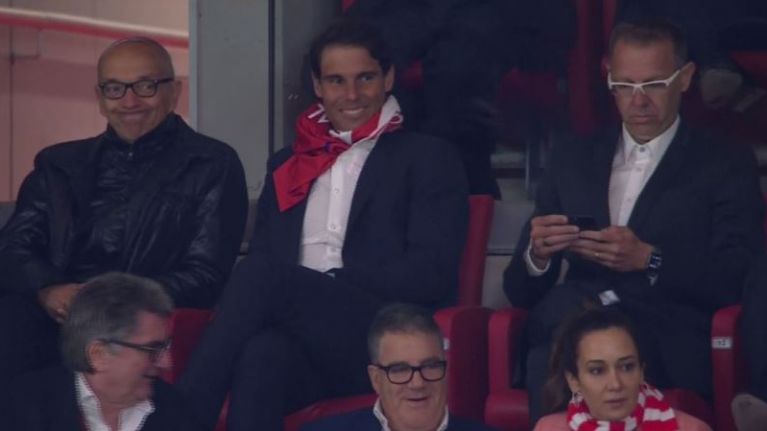 Nadal was captured on camera with the jersey around his neck during the team’s 1-0 win at Wanda Metropolitano Stadium on Thursday, a result that allowed Atletico to reach the final of Europe’s second-tiered club competition.

“The (club’s) president gave me a T-shirt as a gift,” Nadal said. “At night it was a little bit chilly, a little bit cold, and I just used it as a scarf. That’s all. But it’s always the same stuff. Maybe there’s too much hypocrisy, or I would say you people in the media have to write too many things, so you have to explore some stupid things.”

Nadal also discussed Sunday’s “clasico” between Barcelona and Real Madrid, which ended in a 2-2 draw after several questionable calls made by the officiating crew at Camp Nou Stadium.

“I don’t have to talk about football referees,” Nadal said. “The poor referee will have a lot on his back because you have been speaking about them for hours and hours. I’m not going to contribute to that show. I think it was a great football match, nice to see. I really enjoyed the football.”

“Maybe I am very passionate about football, and I’m not criticizing football,” he said. “But at the end of the day, the referees have a very hard job. It’s very difficult to make decisions when you are under pressure. There are sometimes many players that try to trick other players … It’s just a show.” 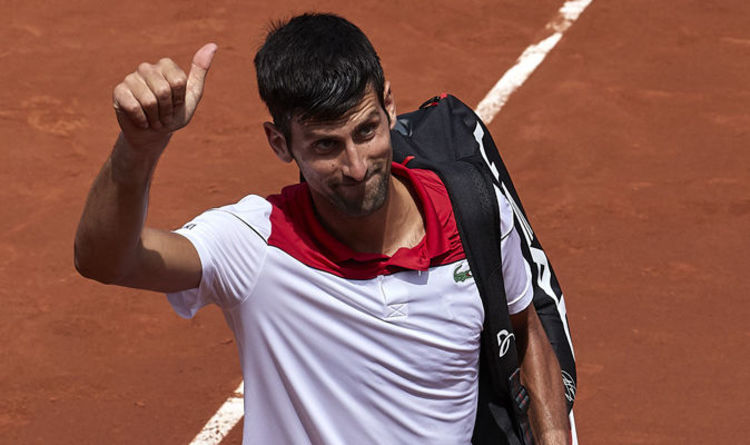 Novak Djokovic got the type of win he needed to boost his confidence and get his game back on track.

He beat 20th-ranked Kei Nishikori 7-5, 6-4 in the first round of the Madrid Open on Monday, his highest-ranked win in 10 months.

Djokovic broke serve late in each set to get past Nishikori after nearly two hours in the Magic Box.

“I’m glad that match went my way, but it could have gone his way as well. I managed to play the right shots in the important moments,” Djokovic said. “It was exactly what I needed for my confidence and for my game. I’m just happy to go through this one.”

Coming back from a right elbow injury, Djokovic hasn’t made it to the quarterfinals in his previous five tournaments this year, admitting he returned to tennis too quickly. In his last event, he lost in the third round in Monte Carlo, where Nishikori reached the final.

“I’m just trying to take one day at a time, build my game, because that’s something that I feel is a priority right now,” Djokovic said.

Djokovic was aggressive from the start, hitting 26 winners against Nishikori, who has made at least the Madrid quarterfinals for the last five years. He was a finalist in 2014, losing to Rafael Nadal.

Maria Sharapova, who won in Madrid in 2014, made it to the last 16 by defeating Irina-Camelia Begu 7-5, 6-1 in only her second match since the Australian Open. She has been dealing with a left forearm injury.

“It was a lot of hard work,” Sharapova said of her match. “Being down a break to start off both of those sets didn’t make things easy for me. That will certainly help me moving forward.”

Australian Open champion Caroline Wozniacki edged past Ashleigh Barty 6-2, 4-6, 6-4. Wozniacki reached the 2009 final on debut and hasn’t been close since.

“I was lucky to get away with it in that third set,” the second-seeded Wozniacki said.

Milos Raonic defeated Nicolas Kicker 6-3, 6-2 to set up a second-round encounter with third-seeded Grigor Dimitrov, while Richard Gasquet beat Tomas Berdych 6-4, 6-2 to advance to play qualifier Dusan Lajovic, who got past Karen Khachanov 6-3, 6-2.

In a first-round match between Frenchmen, Benoit Paire hit 39 winners to defeat 18th-ranked Lucas Pouille 6-2, 6-3, advancing to face 19-year-old Denis Shapovalov of Canada, who got past Tennys Sandgren of the U.S. 6-1, 6-4.