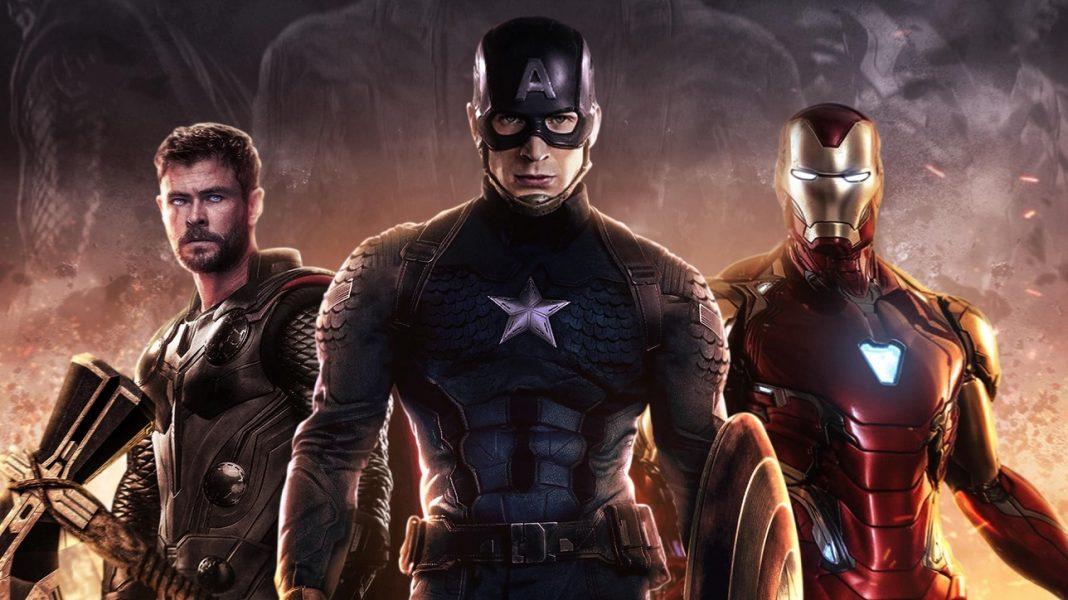 For many of us, Marvel has always been a part of our lives, and the “Avengers” franchise is no different. Ten years is long chunk of our lives, but many of us have devoted ourselves to it now to see it all end with “Avengers: Endgame.” I don’t know how I feel about that yet, but it will definitely be quite a noticeable absence. Maybe not as big as for “Supernatural” fans who’ve got hit hard when Jensen Ackles, Jared Padalecki, and Misha Collins announced the end of the CW‘s longest-running show, but it will be felt.

I can only have fingers crossed that I get picked for that CableTV Marvel Watchathon contest as that would be a great memory to have watching every Marvel film with my family here at Movie TV Tech Geeks. Yes, I’m still pitching to land that gig as it just shows how great the MCU Avengers world is at bringing us geeks together.

About five years ago, Marvel Studios president Kevin Feige found himself on a retreat in Palm Springs plotting the future for the wild, experimental “cinematic universe” that he helped start in 2008. He wanted to do something that they hadn’t done. He wanted an ending.

And after a quick pitch to Robert Downey Jr., he, directors Anthony and Joe Russo and screenwriters Christopher Markus and Stephen McFeely, started plotting a way to bring this saga to a close, brainstorming whenever they had a moment — even in between takes of “Captain America: Civil War.”

Anyone who saw “Avengers: Infinity War” knows they weren’t kidding around either. Thanos literally dissolved half of humanity, including Spider-Man and Black Panther in an event known as “the snap” that’s inspired tears, memes and more fan theories than the internet can hold. Talk about a cliffhanger.

Endings are a rarity in the franchise movie-making business; especially when one’s popularity has only multiplied as the movies of Marvel have. But Marvel Studios, which has never shied away from a little rule-breaking, is taking a sledgehammer to that old “don’t leave money on the table” maxim, and audiences will finally be able to see how they do it when “Avengers: Endgame” opens nationwide on April 25.

What exactly that means for the Marvel Cinematic Universe (MCU) is something of a state secret. Feige said that this will be “definitive,” though.

“People can debate and discuss what that means before they see the movie,” Feige said. “But for us that means bringing to a conclusion the first three phases, the first 22 films in the MCU, so that everything thereafter is a new start.”

So “new” in fact that Feige won’t even discuss what’s to come beyond the July release of “Spider-Man: Far From Home.” He won’t confirm reportedly in-the-works projects like the “Black Widow” stand-alone, “The Eternals” or “Shang-Chi,” or talk about plans for the 20th Century Fox properties like “Deadpool” and “X-Men” that are now under his purview.

They have the next five years mapped out; they’re just not letting audiences peek behind the curtain until after “Endgame.” It’s that big.

“How we leave ‘Endgame’ will help define where we’re going for many people,” Feige said.

But how does one talk about a movie that no press has seen and no actors or creators are allowed to discuss in detail? Well, carefully and cryptically.

We know some things. That the heroes left like Iron Man (Downey Jr.), Captain America (Chris Evans), Black Widow (Scarlett Johansson), Thor (Chris Hemsworth), Hulk (Mark Ruffalo) and War Machine (Don Cheadle) are dealing with the devastating loss post-snap while trying to figure out what to do with Thanos. A helpful “Avenge the Fallen” campaign served as a reminder of who survived and who didn’t (some of the dusted were even a surprise, like “Black Panther’s” Shuri). We also know they have a new weapon in Brie Larson’s Captain Marvel, who Samuel L. Jackson’s Nick Fury managed to page before dissolving into dust.

Will characters die, though? Probably. Will the ones lost in “the snap,” remain gone? Unclear (although some who have upcoming movies, like, say Spider-Man, won’t). But the cast and filmmakers aren’t giving anything up, or even commenting on the fact that this might be the last of Evans as Captain America, which the actor himself tweeted about months ago.

“I still don’t know what happens in this movie,” said Larson, who actually even filmed her scenes in “Endgame” before “Captain Marvel,” which came out earlier this year.

Filming proved an emotional experience for many of the actors, a lot of whom have now been working together for almost a decade or more.

“I was pretty teary-eyed,” Evans said. “This is the culmination of a really long endeavor. It kind of wraps up the journey for a lot of these characters.”

It led to a lot of reflection, about where they started and how they’ve grown. Johansson noted that she’d been developing her character for 10 years now and is excited that Black Widow has evolved from a “sexy secretary” type to a more fully realized woman.

“The whole shoot felt pretty nostalgic,” Hemsworth added. “We were constantly talking about when it all started to how we pulled this off and what we were a part of.”

But he also admits he was “kind of happy to get off the set.” An eight month shoot can wear even on Thor.

And indeed the shoot was grueling. The directors, who did “Winter Soldier,” ″Civil War” and “Infinity War” said it was the hardest of their life.

“This went far beyond anything we’d ever done before,” said Anthony Russo. “There’s a reason why movies aren’t made this way normally.”

But that this was unconventional was also the draw.

“I think the only reason we stuck around, is because they were committed to an ending and we’re deconstructionists,” said Joe Russo. “We like to take things apart and see the ramifications of what happens. ‘Winter Soldier’ the good guys became the bad guys, ‘Civil War,’ we divorced the heroes, ‘Infinity War,’ we killed half of them. We like to smash it and look at how you can put the pieces back together.”

And no one, not even Feige, regrets putting the MCU on this one-way path. That’s not to say he never second guesses himself, however.

Two weeks before “Infinity War” came out he had a moment of panic about the snap.

“That ending was one of the reasons why we wanted to make the movie. That’s how we sold it to Disney. We were confident in it,” Feige said. “But then a week or two weeks before the film came out, I went, ‘Oh no. We’re killing all these people. What if the audience totally rejects it?’”

Speaking just a few weeks before “Endgame” is unleashed on the world, Feige has found himself in a familiar spot.

Marvel’s Avengers are back to save the world, and the box office.

“Avengers: Endgame” arrives in theaters on April 26 with the conclusion of the fight between the galaxy’s greatest heroes and Thanos, who wiped out half of all life at the end of last year’s “Avengers: Infinity War.” It’s one of the year’s biggest releases, and one that many theater owners are hoping will draw huge audiences after a sluggish start to the year at the box office.

It is the 22nd film in the Marvel Cinematic Universe, a collection of movies that kicked off with 2008′s “Iron Man.” Since then, Marvel films have earned $18.6 billion at the box office, with the four “Avengers” films accounting for nearly $5 billion of that haul. Seven of the films, including this year’s “Captain Marvel” and last year’s sensation “Black Panther,” have earned more than a billion dollars worldwide.

The following is a look at how Marvel has built its cinematic juggernaut, with the film’s title, release date, domestic gross and total worldwide box office, as compiled by Comscore:

Avengers: Endgame – Who Will Die? Who Will Survive?

“Avengers: Endgame” is only a week away from its hotly anticipated release on April 26, and oddsmakers already think they know which superhero is going to get the ax — er, the hammer.

“Endgame” will begin where “Infinity War” left off, with half of the universe vaporized, and data compiled by US-Bookies.com suggest that nobody is expecting a happy ending this time, either.

The most likely to survive the (possible) carnage, they say, is Black Widow (10/1 to be slain). Captain America’s odds of perishing are even, while Iron Man (2/1) and Thor (5/1) are hot on his cape.

The most likely to come through victorious after Black Widow are Hawkeye and The Hulk, both at 8/1.

You can’t legally bet on the outcome of a superhero movie in the US, although betting on the Academy Awards was made legal in New Jersey this year. US-Bookies.com created its “Endgame” odds using data compiled from international countries where they can bet on Spidey all day long.