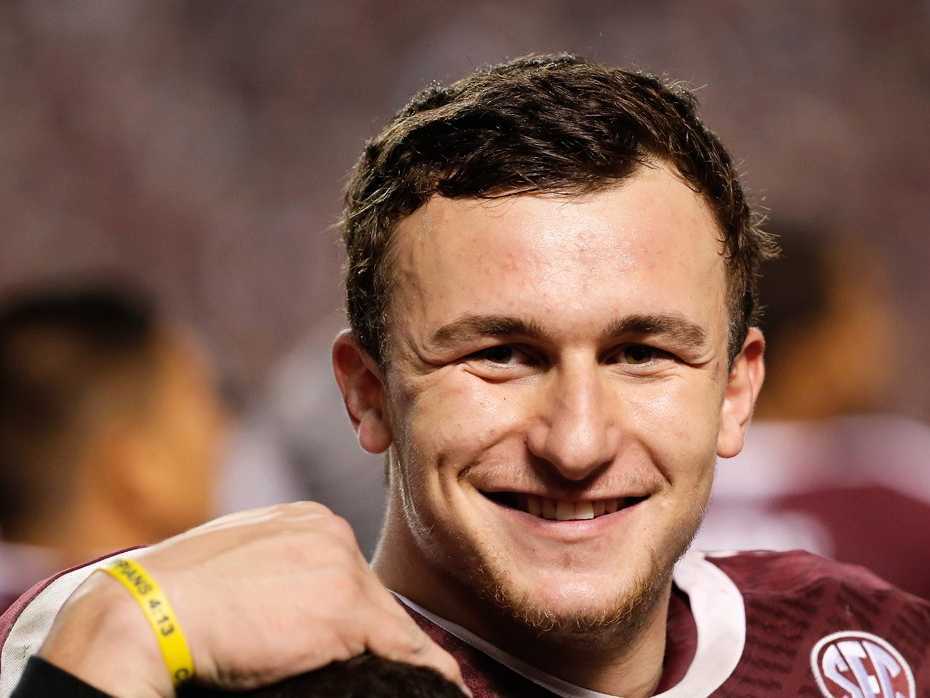 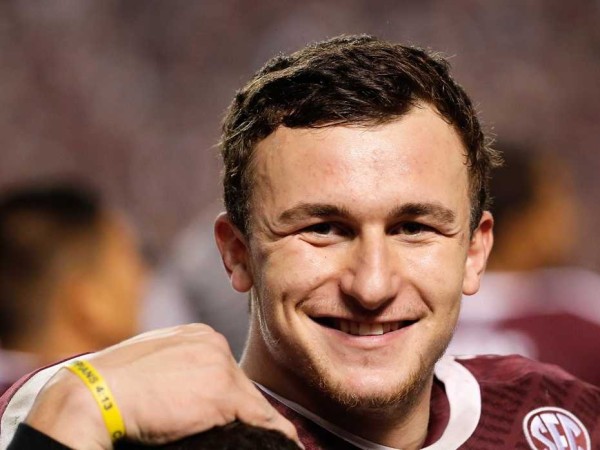 If the Cleveland Browns have basically given up on Johnny Manziel, then they sure had a funny way of showing it when it came draft time. It was only a few weeks ago when NFL insider Chris Mortensen stated that the Browns were “90 percent done” with the troubled Manziel. If that were the case perhaps the team should have looked closer for a replacement quarterback during last week’s draft. The Browns didn’t take a QB at all, but did receive good grades on the picks they did make. The bad news is that most of the rest of their division graded out ahead of them. Those are initial grades however and it takes years to get a true grade for a draft.

Browns head coach Mike Pettine doesn’t seem worried about the quarterback issue in Cleveland though and had a great smart ass blast to make his point. “We go 11 against 11,” Pettine said. “We’re not just trotting quarterbacks out there at the 50-yard line and they’re thumb wrestling. To me, there are a lot of different ways to win football games and you just don’t force a situation. Do we look at it and say, ‘OK, if we perceive our quarterback room is not the best in the division, what does that mean? Do we call the league and cancel games?'” 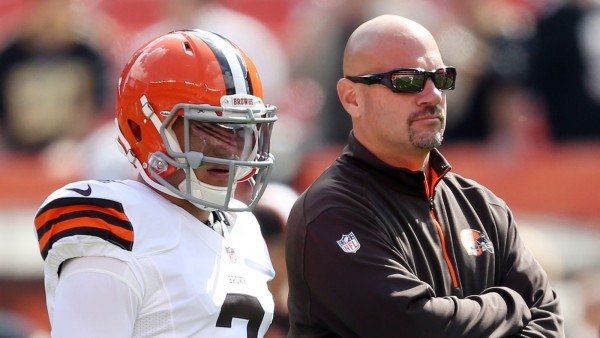 First off, nice thumb wrestling reference. That may be the first time that phrase has been uttered by an NFL head coach in regards to a draft. And the fact that Pettine has a lot of faith in his overall team is a positive note. His comment about calling the league and canceling games because of his weak “QB room” doesn’t show a lot of confidence in what he has in house. That comment could be simply to motivate the quarterbacks he does have under contract to up their game, mainly Manziel, from whom the most is expected. Or maybe the coach is already irritated by a question that he will receive all of 2015 about his lack of a stud passer. If the media is under his skin in May, then he best get a Xanax prescription asap, it will be a long season for the guy.

2015 may be a big turnaround for Johnny Manziel. He stayed in rehab plenty long enough to receive proper help. He didn’t do the one day stay like the UFC‘s Jon Jones, so Manziel’s treatment might actually have worked. It will be interesting to see what the guy can do if he is really focused on being an NFL quarterback. Clearly last year he had his mind on everything but that. Even if he isn’t a playbook worm, the fact that he is sober (hopefully that sticks) will improve upon his dismal 2014 efforts when he was lucky just to make it on the field. 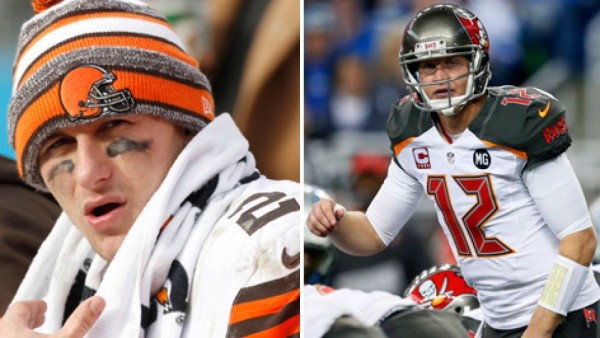 The Browns aren’t putting the entire future on the shoulders of Johnny Manziel or Josh McCown. Their draft choices indicate an emphasis on the run game. Their first and second picks were offensive linemen and they also got the Miami Hurricane’s all-time leading rusher, Duke Johnson. A good run game and a stout defense can certainly help mask a weak passing game, but it isn’t the 2015 NFL standard. The Patriots have had a centerpiece at QB for over a decade and just used interchangeable parts to fill in around Tom Brady. Mike Pettine seems to think the Browns can do the exact opposite, namely have ten solid players around a suspect quarterback.

Cleveland would be wise to do everything possible to make Johnny Manziel successful. I don’t see McCown being the answer, Thad Lewis sounds more like a surfer than a passer, and Connor Shaw, while good in college, is likely just another product of Steve Spurrier’s system. Not to mention this year’s draft was not exactly filled with quality quarterbacks. After Winston and Mariota were snatched up at one and two, the remaining guys were just leftovers. A mere seven quarterbacks were drafted this year, accounting for under three percent of the total positions chosen. Hanging your hopes on a guy like Manziel isn’t such a stretch when there was so little to choose from coming out of college this year.

Johnny Manziel can still be the guy many hoped he would be after his amazing career at Texas A&M. He was a trainwreck, dumpster fire, and simply lost in 2014. Now that he has received help for his non-football issues, maybe that propels him to get back to doing what he does best, namely being Johnny Football. The NFL isn’t easy so if he fails he will not be the first nor the last. Guys with more talent and better work ethic have failed before him. But Johnny Manziel still has a chance be a solid if not great NFL QB. Cleveland must have some faith left in him, or maybe they are just stuck with him for now. Either way, the 2015 season will let us know if there is anything left of Johnny Football or if the Browns will be looking for his replacement in next year’s draft which would have to have better options at his position than this year’s event.