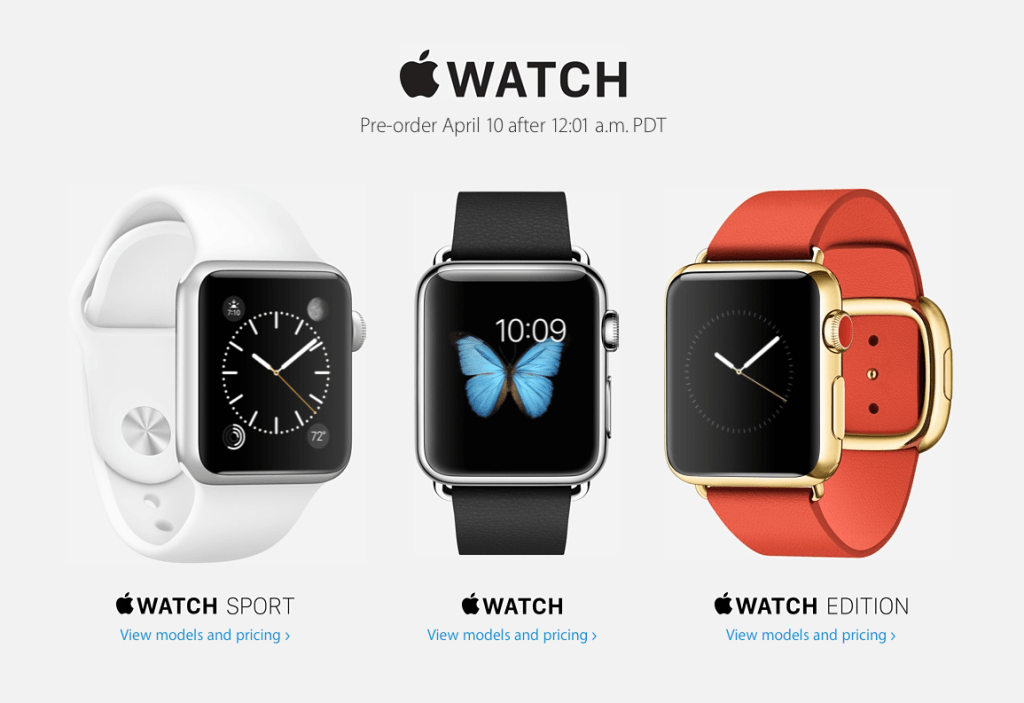 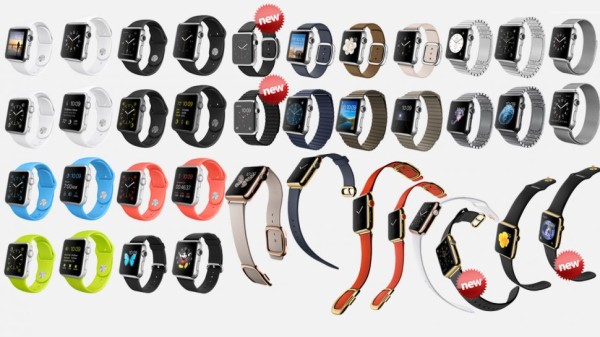 Apple has been marketing it’s huge investment the Apple Watch like crazy, so even they know that supplies will be tight. All you pre-order shoppers be ready to wait and if you’re waiting until April 24, when they officially are available, don’t be surprised if they’re not so available. Apple’s used to doing a huge launch with maybe two choices for the iPod, iPad and iPhone, but this time around Tim Cook and company have got thirty-eight different designs which can be a huge headache for order fulfillment.

I’m sure they’ve done plenty of market research to see which ones will sell the best and so forth, but the public can be rather fickle so at least they’re already warning customers to be prepared to wait before it’s actually in your hands.

The Apple Watch, the first wearable gadget from the iPhone maker, will first become available for preorders starting at 12:01 a.m. PT Friday for deliveries that will start on April 24, which is also the date that the smartwatch will officially go on sale.

But a big question leading into the launch is this: how many people will actually get the Apple Watch right away? Apple has acknowledged that supplies will be tight at first, and will be limiting preorders to online customers. 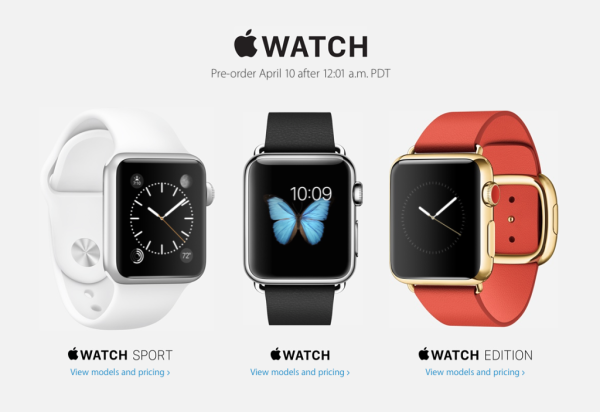 “We expect that strong customer demand will exceed our supply at launch,” said Angela Ahrendts, Apple’s senior vice president of retail and online stores, in a statement Thursday. “To provide the best experience and selection to as many customers as we can, we will be taking orders for Apple Watch exclusively online during the initial launch period.”

Apple last month said that to buy the watch in person, consumers will have to go either to an Apple retail store or to select department stores and boutiques. And if you want to try on an Apple Watch, you’ll need to make an appointment, for sessions starting Friday.

The Apple Watch, which can sync with several of the company’s products, marks Apple’s first new product category since the iPad in 2010. It’s also the first new push by the company under Tim Cook’s tenure as chief executive. Cook had promised for over a year that Apple in 2014 would introduce “amazing” new products and enter “exciting new product categories” beyond its wildly successful smartphones, tablets and computers.

Cook reportedly is in Paris, just in time for the Apple Watch’s debut tomorrow at the tony Galeries Lafayette department store and at Selfridges in London.

Apple first announced the Apple Watch in September, calling it a “breakthrough” product. Cook described it as a “comprehensive” health and fitness device, walkie-talkie and remote control for the Apple TV streaming-box. Those factors alone set the Apple Watch apart from other smartwatches on the market which tend to simply track steps, provide notifications, and run very basic apps. 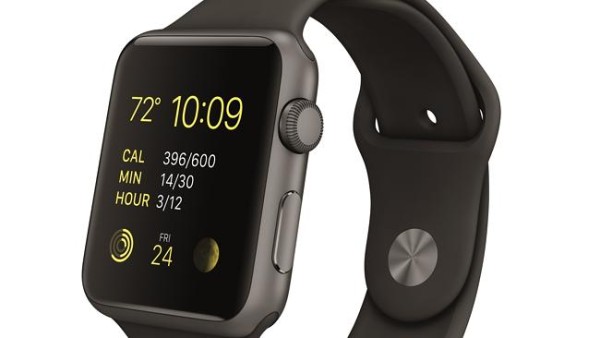 Other contenders in the smartwatch stakes include Samsung, Sony, Motorola, Huawei and Pebble, while fitness band rivals include devices from the likes of Fitbit and Microsoft.

If you want an Apple Watch right away, you’ll likely have to preorder one as soon as you can. Otherwise, you could face a long wait time.

Notices on Apple’s German store discovered by German Apple site Macerkopf show delivery dates for the Apple Watch Sport model of between April 24 and May 8, according to AppleInsider. That same wait time also exists for the stainless steel Apple Watch with sport bands, classic leather straps or the milanese loop.

Opt for the stainless steel Watch with a matching link bracelet or a leather loop, and you’ll have to wait four to six weeks before it arrives. The pricey Apple Watch Edition avoids a specific wait time and just lists May as the delivery date, AppleInsider added.

Prospective buyers will have to either reserve the watch for later pickup or delivery, or order it online though Apple’s website or App Store app. You’ll also need to make an appointment at your local Apple Store just to view the watch or try it on.

Yes, the entire process from viewing to buying is a lengthy one. But Apple apparently wants to avoid the problem of long lines outside the store and customers leaving empty-handed, a cause of frustration for Apple customers, especially when new products are in short supply.