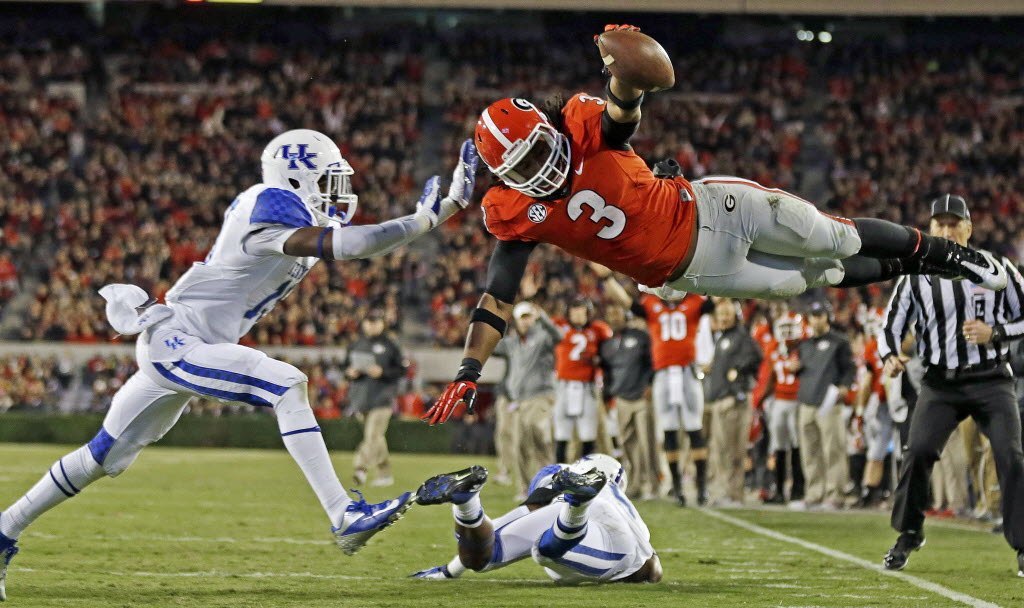 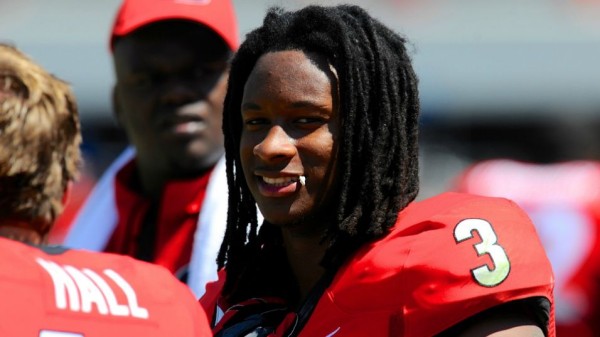 Georgia Bulldogs star running back Todd Gurley is arguably the most talented player in the 2015 NFL Draft. He can run by you, run through you, and catch a pass out the backfield. Gurley is coming into the draft with the swagger and play of a young Marshawn Lynch. Unfortunately, Gurley has injury and off-field baggage which cannot simply be ignored, making him an interesting draft case.

Drafting a running back in the first round has been a questionable move since Trent Richardson proved to be a bust for the Cleveland Browns; however, Gurley’s talent is certainly not being questioned. In the six games that he was able to play for the Bulldogs in 2014, Gurley rushing for over 900 yards and nine touchdowns on an insane average of 7.4 yard per carry. The most impressive part of those numbers? Nearly 62 percent of his rushing yards came after contact. 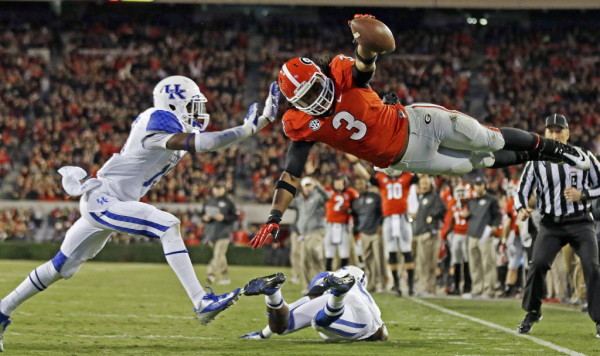 The worst part about those numbers, however, is obviously the six games part. Gurley was suspended four games by NCAA this past season for accepting money for autographs; and then to make matters worse, he tore his ACL in November against the Auburn Tigers. Both of which evoke questions about Gurley’s maturity and health.

At the end of the day, Gurley will no longer be the top-5 draft pick that he was set to be before his injury; however, he will most likely be a mid-to-late first round selection. The talent is certainly there, and with an NFL training staff to help him, Gurley should have no problems with his knee affecting his play moving forward. The problem is, there is still no guarantee that Gurley will be ready to go come Week 1.

The best landing spot for Todd Gurley is a team that doesn’t need a running back this season—one who can afford to give up a first round pick this year for success in the future. One such team is the Seattle Seahawks. With Marshawn Lynch still playing at an extremely high level, the defending NFC Champs could sit on Gurley while he recovers and learns from one of the best backs in the league. The Seahawks sent their first round pick to New Orleans; however, they could easily trade back into the opening round to grab the Georgia star.

Only time will tell where Gurley will land, but with his talent he definitely has a bright future on Sundays.