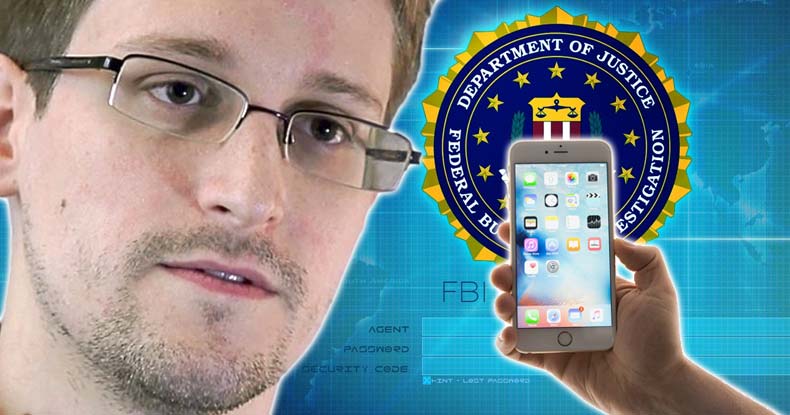 It’s about time for US President Obama to express his opinions over the ongoing feud between Apple and the Federal Bureau of Investigation. Apple has declared itself the protector of civil liberties and privacy of owners of its products which also extends to everyone else using technology by refusing to cooperate with the FBI in unlocking the secrets of an iPhone 5C. The phone was owned by terrorist Syed Farook who along with his wife, killed 14 people in San Bernardino last December.

President Obama has finally spoken on the issue at the latest South by South West (SXSW) Conference in Austin Texas.

“Technology is evolving so rapidly, that new questions are being asked. And, I am of the view, that there are very real reasons why we wanna make sure that the government cannot just willy-nilly get into everybody’s iPhones that are full of, smart phones that are full of very private information and very personal data. And let’s face it. That the whole Snowden disclosure episode elevated people’s suspicions of this.”

So he’s well-aware of the iPhone issue and not too busy with the coming elections. He’s trying to comfort audience that the government is not into peeking into people’s phones like Edward Snowden said. The president probably says the same thing in every function he’s currently in which can be tiresome and a waste of time when there are other things to talk about.

“…I am way on the civil liberties side of this thing… I anguished a lot over the decisions that we make to keep this country safe and I am not interested in overthrowing the values that have made us an exceptional and great nation simply for expediency. But the dangers are real. Maintaining law and order and a civilized society is important. Protecting our kids is important.”

Comforting words. The president is carefully balancing himself on a tightrope with his statement. As can be expected, to please everyone, civil liberties and therefore privacy must be respected and protected. That he is against the government forcing itself into the digital lives of its citizens. He also addresses that the threat of terrorism is all too real as the US and France have repeatedly experienced.

He goes on by saying this key statement: “So I would just caution in taking an absolutist perspective on this…”

The president is referring that everyone against the FBI asking Apple to crack Syed Farook’s iPhone, are so certain that the government wants backdoors into their iPhones. That the general speculation of the FBI’s request to open a single iPhone is a certain attempt by the government to undermine the intense encryption security Apple has placed into its products and sold to the general population who value their privacy. Apple and privacy-concerned groups are treating the speculation to be absolute. It’s not hard to blame them with all the talk of backdoors going around.

The FBI continues to defend that the request is only isolated to a particular iPhone. That the FBI only wants a custom version of iOS that doesn’t have the PIN time-delay and ten-attempt-erase system so the bureau can brute-force its way into the phone by itself. Brute force is fairly easy as the PIN only uses four numbers but can take forever with the time delay. Time that the bureau doesn’t have. Who knows how many more nutjobs Syed has been in contact with, just waiting to crash more parties and offing their celebrants? But the request could extend to every iPhone that employs iOS 8 and 9’s unbreakable AES encryption should the FBI be able to keep the custom OS and inadvertently leak it to the outside world.

But the request itself is not absolute. Apple doesn’t state in their customer letter whether the FBI will keep the custom iOS version. As many may have suggested, Apple and the FBI can do the whole affair in an isolated bunker not connected to any network. Crack the iPhone, get Syed’s data which may or may not contain anything significant, Apple keeps the custom iOS code on the local Mac and then destroy the whole place. If this is done, then there’s really no problem unless they count the development team.

The whole FBI vs. Apple problem would probably be a non-issue if everybody remembers the following statement or if the government followed up on this:

“…Cyberthreats are an ongoing an urgent danger. Moreover, much of our critical infrastructure – our financial systems, power grids, pipelines, health care systems – run on networks connected to the internet. So this is a matter of public safety and of public health. And most of this infrastructure is owned and operated by the private sector. So neither government nor the private sector can defend the nation alone. It’s going to have to be a shared mission – government and industry, working hand in hand, as partners.”

It’s an appeal for the private sector to work with the government to keep the country and people safe. It does have a point that even the private sector should be responsible for security as they themselves provide services to the government. So Apple can probably hack through their own technology. They said so themselves that they can do it in about a month should they lose the argument. It’s a way of saying that their security is so difficult that it takes that long just to hack a secure iPhone. It’s also enough time for someone to get lucky and figure out one number out of 9999 possible PINs with the time delay on.

Regarding the time-delay and auto-erase functions, fugitive whistleblower Edward Snowden put in his two cents on the matter:

“The truth is that even if this feature is enabled on the device in question, the FBI doesn’t need to worry about it, because they can already bypass it by backing up part of the phone (called the “Effaceable Storage”) before attempting to guess the passcode,”

He is referring to the hardware bypass described by the American Civil Liberties Union. As for the FBI, they say that they already committed the mistake of changing the iPhone’s iCloud passcode and that they will not risk losing the information on the phone by cracking it open and tinkering with the chips. The FBI considers getting the information that way is not absolute.

Let’s say that Apple does cooperate in the interest of national security, they can just as easily counteract whatever they do for the government with an update:

“The government could spy on you at any time because we chose to help keep people safe. The government found/did not find what they were looking for. Download this update so you could shut their backdoor at their faces. This update applies to all iOS devices down to iOS n.”

And Apple can do so, again and again as it’s not absolute that the government will stop asking for Apple’s assistance. Apple can them ramp up their security until Apple puts itself in a corner and neither them nor the FBI can do anything for the foreseeable future.