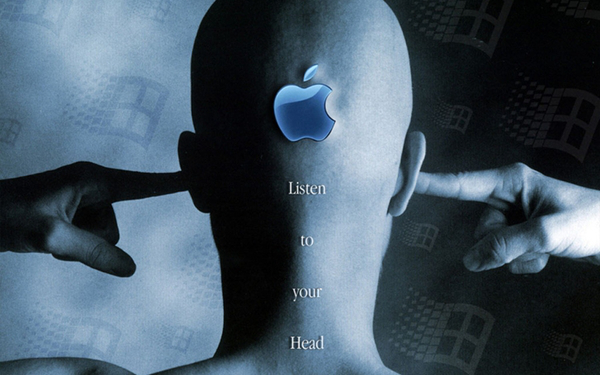 For Apple, five-year-old technologies are dead throwaways. Computers and devices that are at least five years old are no longer deserving of support and need to be replaced by their owners. That includes Apple’s own devices such as Macs, iPods, iPhones and iPads. Such mentality is most apparent when they announced the release of the 9.7-inch iPad Pro.

“There are over 600 million PCs in use today that are over five years old. This is really sad. It really is. These people could really benefit from an iPad Pro… When they see the features and performance and capabilities of a product like the iPad Pro, designed for the modern digital lifestyle, many of them will find it is the ultimate PC replacement.”

What’s sad is being told to replace a perfectly good computer just because it’s over five years old so that people will shift to some tablet with a smaller screen and no mouse support. In the case of Macs, they often run as smooth as when they were rolled off the assembly line somewhere in China. They have brilliant large screens, and as most Mac people say, these things are built to last.

For Apple, five years is the borderline lifespan of most of their products. A couple of weeks ago, they just announced that 15 and 17-inch MacBook Pros released in 2010 are now obsolete. Does that mean that owners of these machines should switch to iPad Pros? If they can still browse the net, play games and video, especially get work done much faster by churning out documents and spreadsheets, process raw images from digital cameras, why switch?

We get it. It’s a marketing statement, but a statement even the legendary Steve Jobs would have difficulty pulling off. In the Apple ecosystem, purchasing something that won’t be supported in five years is a risk. Though it’s a good assumption that people might not be aware of it of having sufficient cash flow to replace their hardware in that short span of time. But there are plenty of us who like to keep our hardware for much longer for the following simple reasons:

Plus, people who look up to Captain Planet aren’t eager to add to the planet’s growing amount of e-waste.

While Apple is pushing computer users to replace their still useful devices, Microsoft is doing the opposite. Microsoft is encouraging consumers to upgrade their PCs to Windows 10 for PCs that are able to run Windows 7. That means most PCs that can run Windows 7 can be up to ten years old. So old but powerful gaming rigs that initially ran on Windows XP can have a taste of Windows 10. So Microsoft basically adopts five-year-olds and even goes as far as kidnapping them by forcing Windows 10 upgrades.

Linux does the same thing. People who found joy in switching from Macs and Windows to the world of Linux are happy to give their old computers a new lease on life. There are distros that can run on ten-year old computers and even older. It’s an exaggeration on the merits of keeping old stuff that still work, but there’s nothing bad about keeping abreast with new technology. If people have the money to purchase the iPad Pro, the Surface Pro, a new iPhone like the iPhone SE and a Samsung Galaxy S7, then congratulations with a touch of envy are in order. May they appreciate and prosper on the new features present in those devices. But it would really be best if were allowed to replace our devices on our own terms.