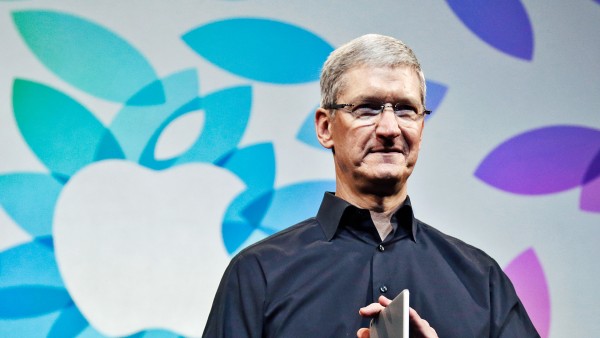 Apple just released their annual charts and with it, the salaries of its executives. As a public company, the public has the right to know what Apple leaders rake in every year. Last 2014, the most prominent earner in Apple is of course, CEO Tim Cook who earned 9.2 million dollars, 1.7 million of which was his actual salary. The remaining 6.7 million is what is called non-equity compensation, a bonus depending on how well Apple performed that year. Tim Cook earned 4.2 million last year which makes his earnings this year more than double. The question is, did he deserve to get that much cash?

Now Steve Jobs has been gone for some time, and all eyes remain on Tim’s shoulders whether or not he can make it on his own, but based on Apple’s 2014 numbers, he’s not doing a bad job. One thing about Tim’s surname, whether it’s a verb or a noun, it always leans on the positive. The noun cook means someone who cooks or creates. The verb cook means the act of cooking or creating. He, along with other Apple staff who believe in Jobs’ beliefs in design and quality, continue to cook up innovations like the Apple Watch and the Apple 5S fingerprint scanner. Apple has made some compromises that Steve would have frowned upon but things have so far been peachy. Steve has never really been an absolute, he’ll cave in if something really can’t or shouldn’t be done. Based on that, Apple won’t engage in something unless absolutely necessary such as churning out a large iPhone due to the high demand for larger screens.

Actually, Tim’s 1.7 million salary is less than the 2 million dollar salary that was awarded to him by the compensation committee last February 2014. The changes were applied mid-year and were pro-rated resulting in his 1.7 million dollar salary. The same goes with the performance-based cash bonuses awarded to Apple executives. But why 6.7 million for Tim? Annual bonuses given by the compensation committee depends on performance criteria and performance goals. Performance criteria is based on the company’s net sales and operating income. The company set their performance goals for 2014 up to 6% higher than the year 2013. Apparently, Tim and company reached and exceeded this goal especially in the last quarter of 2014 with the release of the iPhone 6.

So how well did Apple do to earn Tim his 9.2 million dollars?

Apple did very well. 2014 saw the release of several new Apple products mainly the iPhone 6 and iPhone 6 Plus. Apple also entered the world of wearables with the innovative Apple Watch. Apple is expected to put on some noise in the future after their acquisition of Dr. Dre’s Beats Electronics. Further improvement to Apple’s already high-quality audio further increased Apple’s stocks.

Fiscal year 2014 saw the sales of 169.2 million iPhones. That number multiplied by how much each new unit is worth is already a stellar amount. The number of individual persons who could afford Apple’s phones is almost mind-boggling. The fourth quarter alone saw the sales of over 39 million devices with the release of the iPhone 6, meaning that it’s just the beginning. However, iPad sales have already dipped due to a tablet-saturated market with only 68 million units sold with little help from newly released iPad Mini 3 and iPad Air models. The new models offered nothing new other than performance tweaks while hybrid tablets continue to flood the market and offer new and more productive experiences for tablet users. 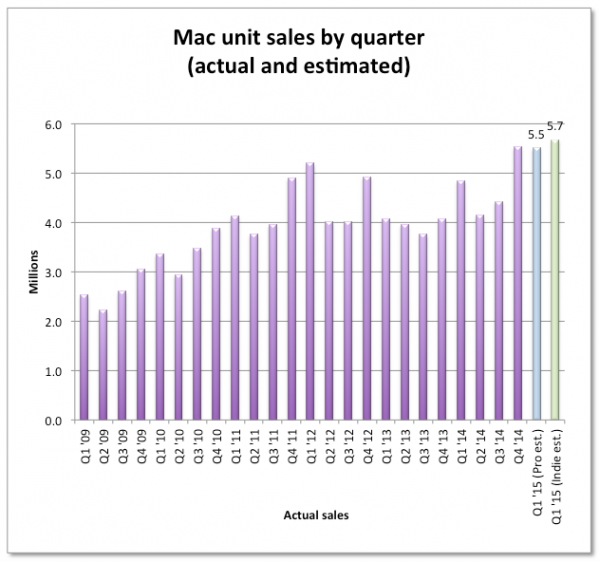 Apple also sold over 18 million Macs in 2014 with help from the powerful Mac Pro. Pundits continue to pummel the future of personal computers but the platform remains strong whether its Macs or Windows. When it comes to productivity, tablets just aren’t there yet. PC users continued disdain of Windows 8 has somewhat contributed to the rise of Macs and put Apple to the top 5 spot of desktop/laptop vendors.

Multiplying the units sold for Macs, iPads and iPhones to their premium prices results in a banner year for Apple. Its revenues have amounted to a staggering 182 billion dollars. Much more than the combined GDP of several small countries. Out of that 182 billion is a huge 39.5 billion dollars in profit. So what do these numbers mean for Tim Cook?

The success of a company depends on its leadership as well as its teamwork. And teamwork works when there is a strong individual the team can look up to. This means that Tim Cook has not crooked his way into his earnings. The man deserved every penny at least for this year for a style of leadership only Apple insiders would know about. But all eyes remain on Tim’s shoulders. Will Tim Cook continue to embody Steve Jobs’ ideals or will Apple go the way of the other CEO Steve appointed before? Hopefully not. Is Tim Cook up for another massive payday for 2015? That’s up to Tim and whatever he and his team cook up next.