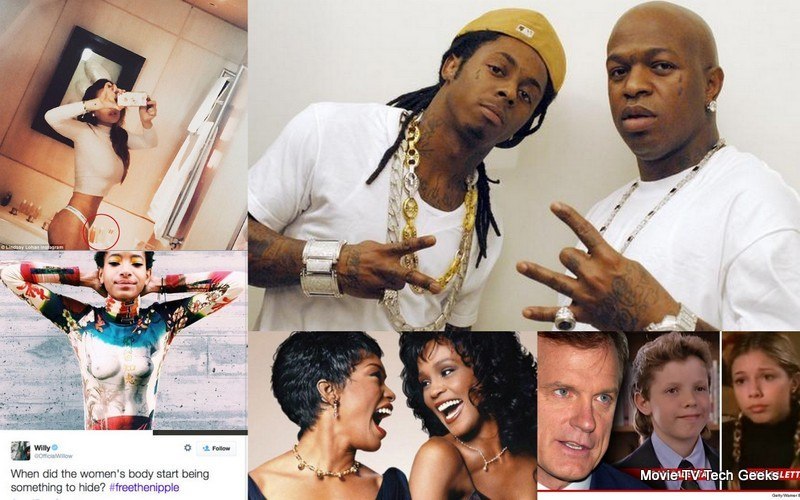 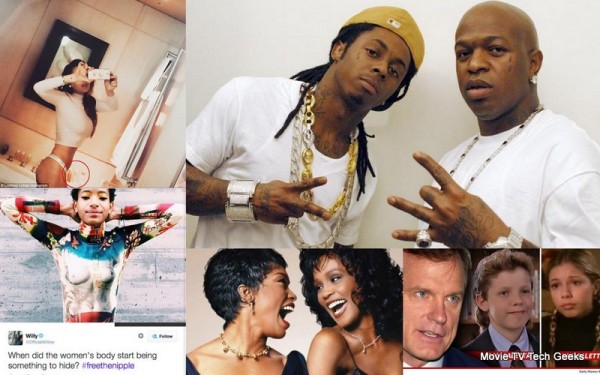 For whatever reason, American’s are obsessed with the rich and famous. We have to know what they are wearing (or who), when they vacay and where, who they are dating and at what restaurant they just ate dinner. In part, it is the media’s fault for our nonstop lust to know the newest on Kimye or Bey and Jay. Nonetheless, we entertain their constant coverage and so they give it to us. With that, here is a round of some of the latest celebrity gossip, news and updates. 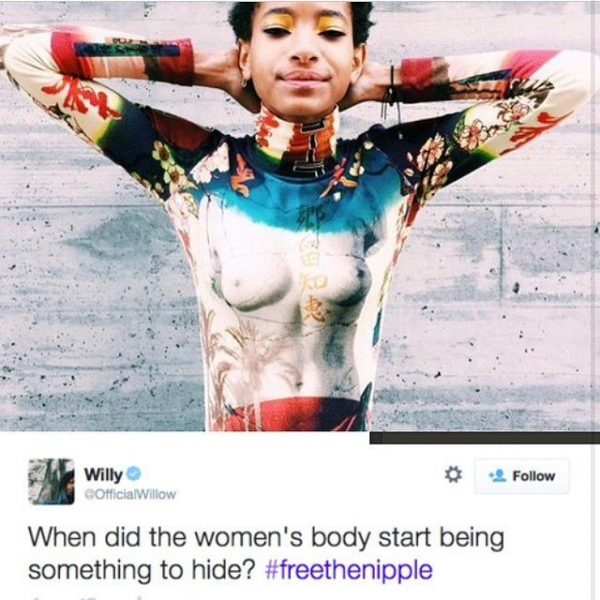 The youngest of the Will Smith gang has had her share of scandal and weirdness. Did I mention she’s only 14 years old? The latest on her has to do with the picture she posted to her Instagram account of her wearing a shirt with a naked woman’s torso on it that gave the illusion of Willow’s nipples showing. People are all up in arms about Willow Smith doing this and I can understand why. The girl is 14 and her parents are two of the most famous people in the world. She wants to get her own attention and make a name for herself, I get it. I do think that she goes a little too far in some of the things that she does. I know Will and Jada allow their children free expression, etc. but sometimes they need to step in and say, “No.” Is the nipple picture really that serious? I say yes because of the message that it sends to other girls her age. 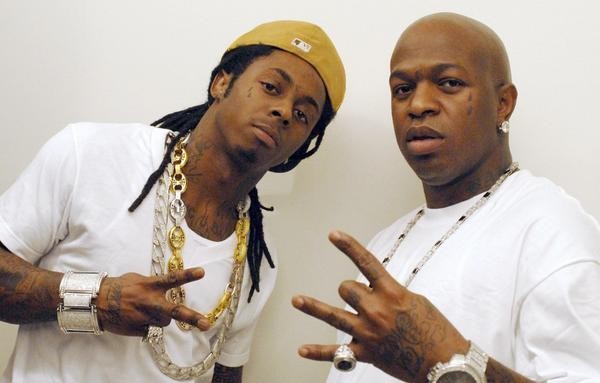 Apparently there is a war raging between these two rappers after settlement talks broke down with Wayne suing his mentor for $8 million. This comes after Wayne opening dissed the label, Cash Money, a few months ago. He wants to be free of them and of Birdman’s control which probably has something to do with him withholding the release of Wayne’s new album. There is so much more to the story, I’m sure, that they are not telling us. A person doesn’t just hold back someone’s work just because they can. I am looking forward to seeing where the issue really lies as the story continues to unfold.

The dad of 7th Heaven fame has gotten some (only some) media scrutiny over the fact that he sexually abused three different girls between 1973-1994. We heard about it for a little bit and then it seemed to have vanished. Well last week, his marriage of 30 years to Faye Grant ended with the finalizing of their messy divorce. Now the thing that bothers me with this is that Collins admitted on tape (which the judge order all copies to be destroyed) that he did these things yet he has not had nearly the amount of outcry as Bill Cosby, who has not admitted to anything. In fact, Cosby has been pretty mum on his whole situation but that is all we seem to hear about. Furthermore, the judge ordered that the original copy of Collins’s confession be handed over to his lawyer and sealed for ten years. Wow. How did this man get a pass from the media from tearing down his rep? It must have something to do with melanin. 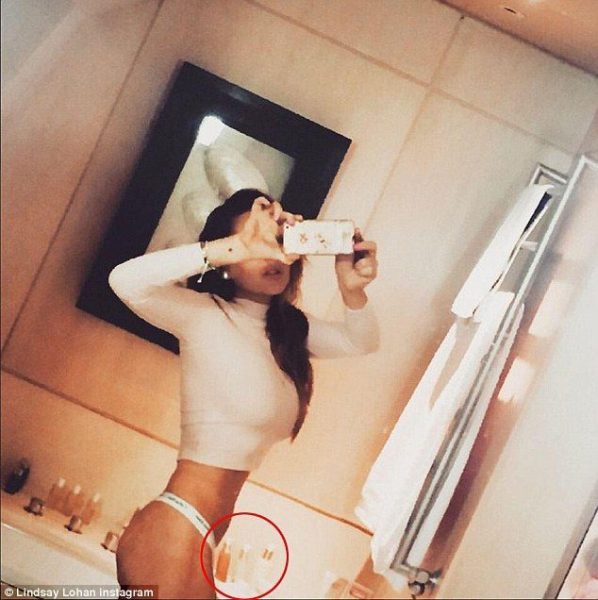 This chick just can’t seem to get a break. She recently posted a picture on Instagram of her in what looks to be a thong and a cropped turtleneck. Now of course, that is not the scandal. The strange thing about the pic and what seems to have people all up in arms is the fact that it looks horribly photoshopped. Like from her waistline to her butt and thighs, it is distorted. Looking at it for myself (and photoshopping my pictures at times in the past) I’d say it has definitely gone under the brush. Ugh, what’s wrong with these women with perfect bodies trying to make themselves more perfect? Get over yourself already and let us see who you really are. 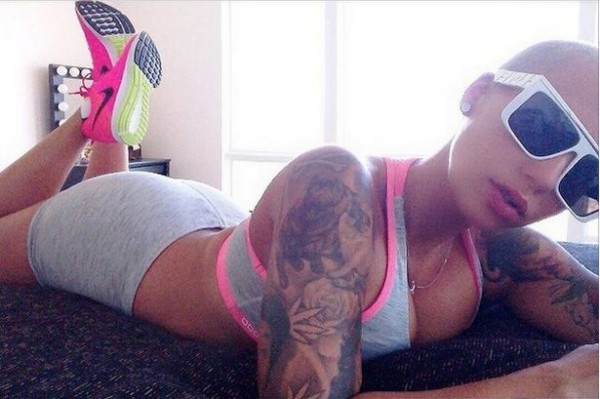 Speaking of perfect bodies, if there ever was one, this chick has it. From ass to the boob, Amber is on fire. She not too long ago posted a picture of her in a barely there G string monokini which pretty much left nothing to the imagination. I am all about flaunting what your momma gave you, but my question at the end of the day is why do you have to do it in that way? Is it that serious to be relevant that you have to post pictures of yourself naked (I mean she pretty much is) or pose on the cover of a magazine naked? I think it is the most grossly inaccurate thing a woman can do to show her independence or “feminism.” Amber boo you bad, but please go put some clothes on. 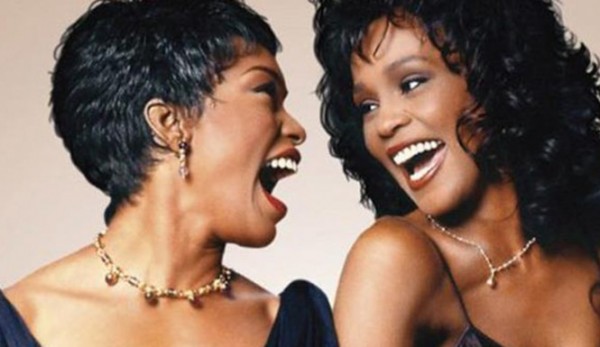 Angela Bassett and the Whitney Movie

For the record, this movie was a hell of a lot better than that wack ass Aaliyah movie. With Angela Bassett behind it, an Oscar Nominee and Golden Globe winner, you kind of expected Whitney to be leaps and bounds above anything that Wendy Williams is behind (come on… it’s Wendy Williams). The actors where casted more accurately and the acting was okay too. My issue though is why was the movie made in the first place? I love Angela and I know that she was good friends with Whitney Houston, but why did she feel a movie about her life was needed this soon after she died? And why the hell make it a Lifetime Channel original movie? Her family was against it and I can understand why. A life as full, complicated and beloved as Whitney’s deserved to be told on the big screen. On this one, I think Angela got it wrong and should have left it alone.