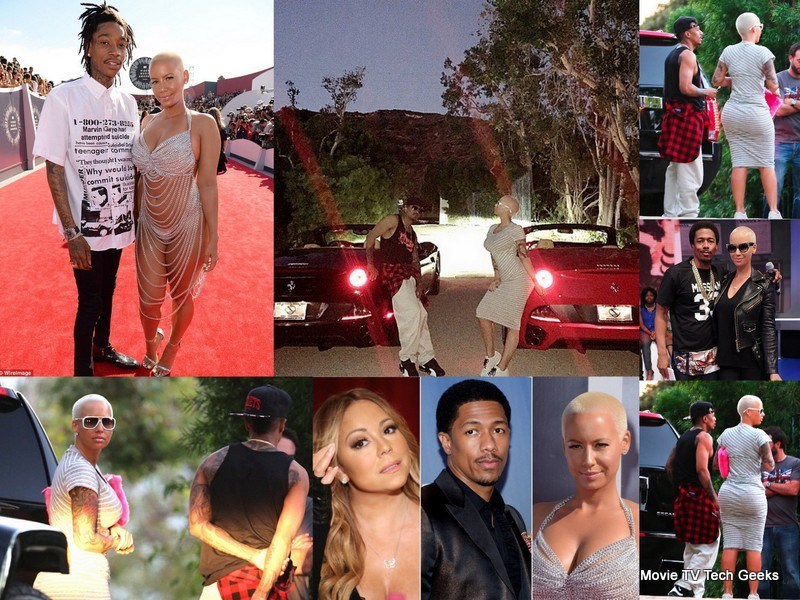 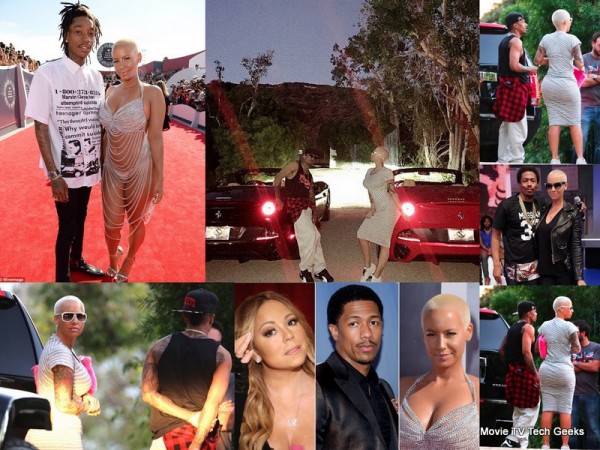 So the story goes, Amber Rose and Nick Cannon have moved on from their exes to each other. In particular, people are saying that Nick left Mariah (the mother of his two adorable twins) for Wiz Khalifa’s baby momma. The celebrity rumor mill has been abuzz with speculation that the two were an item after Amber posted various pics of them together. She vehemently denies that they are involved in any kind of romantic relationship. According to her, Nick is her manager. “We are friends and business partners nothing more.” I hear you Amber, I really do. But we aren’t just pulling these stories out of the air. They are not a figment of our need to be in the know of what’s going on with your life. There has to be some reason why the blogosphere and every other sphere has something to say about the two of you being together. Hmmmm, let’s see. 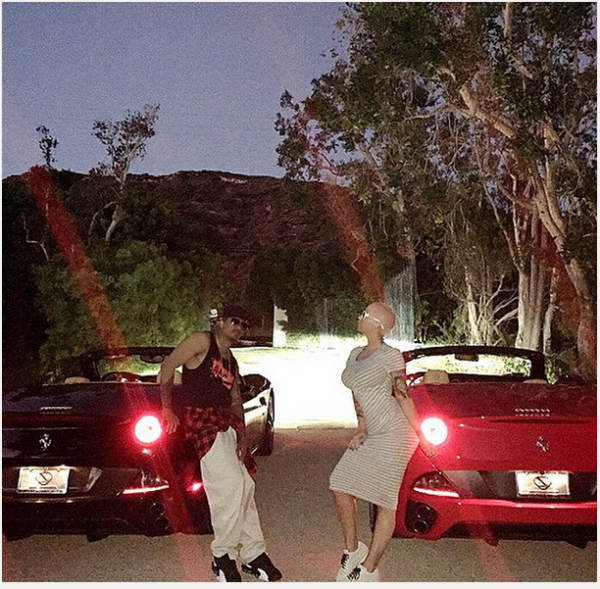 First of all, the chick posted a picture on her Instagram of Nick and her both posing on their respective FERRARIS. Who the hell gets matching cars, unless you know, you two have something going on that is more than friendship. And then, when Amber hashtags #HisandHers #Ncredible. I don’t know about you, but the phrase “his and hers” usually is mentioned when referring to a man and woman who are in an intimate relationship. You know like his and hers matching watches; his and hers wedding rings; his and hers bathroom sinks. That is not a phrase you throw around lightly. The thing about celebrities too, is that they claim to not like the attention they get. The say to us, “fuck off” “leave me alone” and my personal favorite, “I’m just like you.” Yea sure you are. The truth is they love the fucking attention we give them. They thrive off of it and now a days, if you are not at the forefront of media reports daily, you are irrelevant and washed up.

Amber can say what she wants about people “reaching” with their accusation that they are together, but damn girl, can’t you see you are giving them everything they need to do so. If she is not posting near naked pics of her in a monokini, then she is posting pics of her and Mr. Ncredible all hugged up. Giving him shout outs calling him your manager does not take away from the fact that the two of you have been spotted together A LOT lately. Telling people to “fall the fuck back” and “chill the fuck out” are things people say when they really are trying to hide something.

And why hide it? If the two are in a relationship, then hell, good for them. Obviously Nick has a thang for the red bones and Amber, well she just stays relevant by showing her ass and being with famous men. I mean, is she scared to say openly that they are an item? Is she afraid Meme is going to run scales all up and down her face or is Nick afraid Wiz is going to go all “black and yellow” on his ass. I am sure that the answer to those questions is no. They are all adults and my sincerest hope is that they are mature enough not to resort to physical forms of handling theses kind of situations. 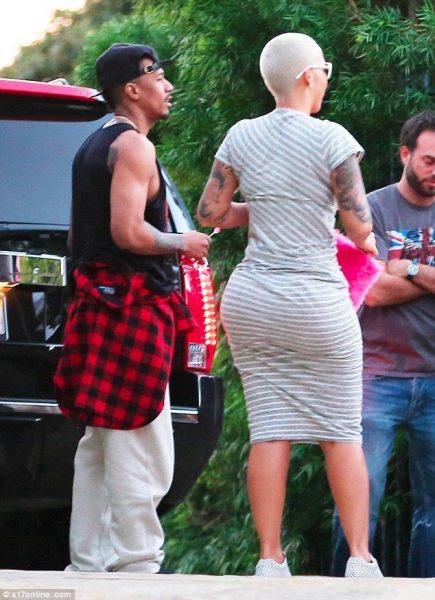 Let’s also be real here. If Nick and Amber are not officially a couple, I am sure they are some kind of “fuck buddies.” That is my speculation. I mean both are newly single and as fine as Amber is and charismatic as Nick comes off to be, they are not looking to settle down this quickly. Both are parents, both are young and both are rich. There is no doubt in my mind that they have an intimate relationship because no one just has matching cars, takes pics in front of said cars and posts them on social media with the caption she used just because “we friends.”

The whole thing is stupid to me anyway because this is what famous people do. They post stuff to get us common folk attention because they have a clothing line (or headphones) to push, a movie coming out or a television show about to premiere. It is a form of publicity to get people talking so that studios can get the numbers they are looking for. 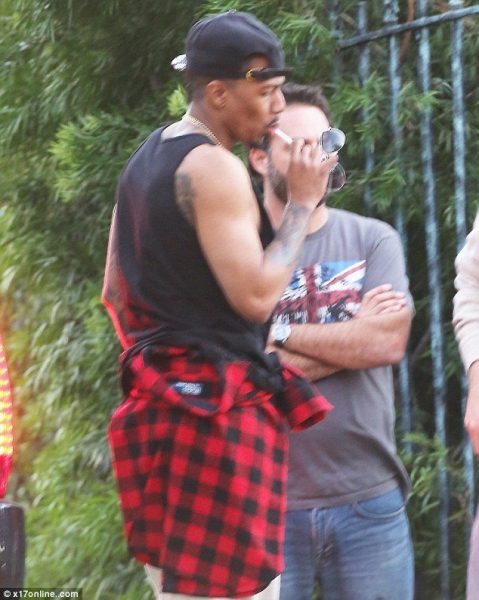 I think at this point, we just need to leave it alone. We need to leave it all alone. Who really cares anyway? I ask myself the question all the damn time. “Who really cares who is with whom?” It’s kind of hard not to care though because the media is always putting this shit in your face. They tell us what’s important and what we should think about it. Half of the people reading this or anything else about Amber and Nick don’t really have an opinion one way or the other until they see what other people have to say about the situation.

The two “business partners” should just come clean, fess up and claim each other… or stop posting pictures.