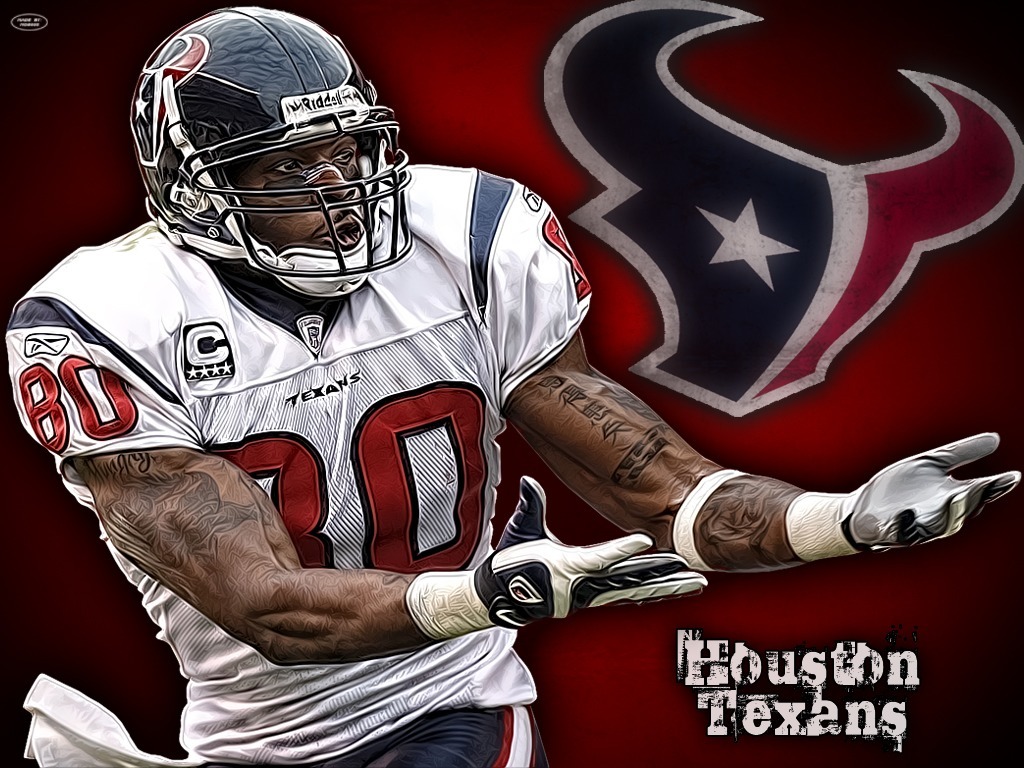 For years Wide Receiver Andre Johnson has been considered one of the best receivers in the NFL and the saving grace of the Houston Texans offense; however, after 11 seasons in Houston, Johnson may find himself in a new uniform in 2014. Although Johnson is technically under contract with the Texans until 2017, he has not been participating in the team’s offseason activities despite the $1 million Roster Bonus that he would receive as part of his contract just for showing up to these workouts. He has not come out and demanded a trade, but if he has no plans to participate in team events this offseason the Texans may be forced to consider trading the frustrated Pro Bowler.

Johnson turns 33 years old this July, and after spending his entire career with the Texans, it is clear the aging receiver is tired of losing. After another pitiful season, multiple quarterback changes, and another coaching change, Johnson is starting to show his frustration. The Texans were considered possible Super Bowl contenders at the beginning of the season, but instead they ended up with the first overall pick in the draft after an embarrassing 14 game losing streak after starting the season 2-0. However, this embarrassment of a season was the fault of anyone but Johnson: with 109 receptions, 1,407 yards, and five touchdowns Johnson was seemingly unfazed by constant change at the quarterback position between an uncharacteristically bad Matt Schauband  Case Keenum. And with running back Arian Foster only able to play in eight games due to injury, Johnson was really the only offensive constant the Texans had this season.

The Texans most definitely need Johnson this season if they don’t want another first overall draft pick. After drafting University of South Carolina star defensive back Jadeveon Clowney with the first overall pick for this past season, the already impressive Houston defense is looking even better despite the firing of Defensive Coordinator Wade Phillips. Clowney will be lining up along with established Pro Bowl defensive lineman J.J. Watt creating a problem for quarterbacks everywhere. However, although the Texans defense will be causing nightmares for opposing quarterbacks this season, Houston is having a quarterback problem of their own. The three current quarterbacks competing for the starting job this season are rookie Tom Savage (fourth round pick out of Pittsburg), Keenum, and Ryan Fitzpatrick. The Texans will need Johnson to help the eventual starting quarterback learn the system and be an always reliable target for that quarterback–especially if rookie Savage or second year Keenum ends up with the starting position. However, with his 33rd birthday approaching, Johnson should be thinking about winning a Super Bowl, not training a rookie quarterback.

There are plenty of teams out there that would like to add Johnson to their roster, and obviously Johnson would like to go to a team with an established winning record like the New England Patriots or Denver Broncos, but there is one problem–his massive contract. Johnson is on a 7 year $67.8 million contract that doesn’t end until 2017, which means in order to trade for Johnson a team would need to have a pretty large amount of cap room left to work with. The other problem is that Johnson is going to be 33 during the 2014 season and he’s not getting any younger. With so many young receivers out there it’s hard to imagine a team would be willing to trade a lot for a such a high value player and then pay out over $10 million a year for a player that will only have two or three good years left in him.

Nevertheless there are some teams out there that are desperate enough to pay the high price tag to bring in an established Pro Bowl receiver like Johnson, one of them being the Cleveland Browns. Having had only two winning seasons since 1995, the Browns are willing to try almost anything to start winning again. By bringing in former Heisman Trophy winning quarterback Johnny Manziel interest in the Browns is higher than it has been in years. Fans in Cleveland are ready to win, and the Browns have the cap room to put together a winning squad. In fact, they may want to look at trading for Johnson, especially with Pro Bowl Wide Receiver Josh Gordonreceiving a one year suspension for repeat violation of the NFL’s substance abuse policy. This is a huge loss for the Browns: Gordon led the entire league this past season with 1,646 yards (that’s 154 yards more than Calvin Johnson). Gordon’s suspension will be even worse for the Browns if rookie Manziel ends up starting over current starter Brian Hoyer later in the season. Gordon was supposed to be the star receiver that would help Manziel in his transition from college to professional football, but with Gordon out the Browns will need someone else to fill in for him in this role. This vacancy is where Johnson would fit in perfectly. The Browns need a well-respected veteran receiver like Johnson to come in a show young Manziel the tricks of the trade as well as be a reliable target for him. The Browns also have the cap room to be able to pick up Johnson’s immense contract, something few teams can say.

The problem with the Browns, however, is that Johnson isn’t looking to train a young quarterback, if he wanted to do that he could simply stay with the Texans. Instead, Johnson wants to start winning now. It is very unlikely that the Browns will go from 4-12 to a playoff run in just one season, and the teams that win don’t have the cap room to bring in Johnson. If Johnson wants the best chance of winning, he should really consider staying in Houston. The Texans were 12-4 in 2012, and if Schaub hadn’t been injured they may have made a run in the playoffs. Johnson is rightfully upset by the inconsistency, but given his position it may be best for him to stay where he is and give the team his best for the last few seasons of his career. The Texans have a lot going their way this season, and if they can get their quarterback situation settled, they just may be able to make another run at the playoffs this coming season with Johnson’s help.