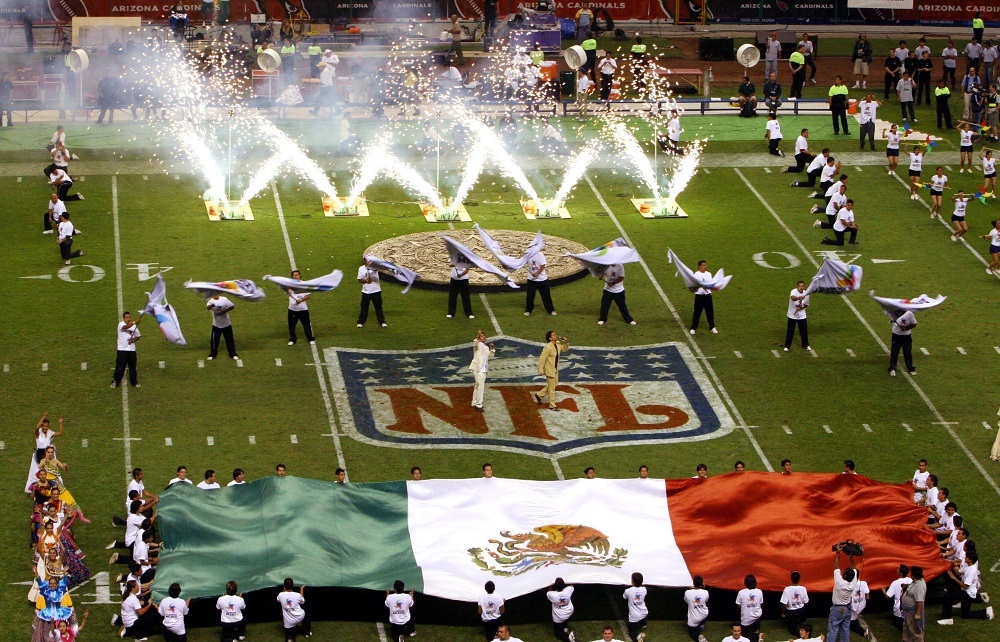 Over the past few seasons, the NFL has begun heavily pushing the game of football, along with its products and branding, into developing markets along the world. Like the NBA’s global initiative, the NFL realizes that there is massive growth potential in foreign markets right now.

As part of the NFL’s expedition, the Houston Texans and Oakland Raiders will play a historic Monday Night Football game in Mexico City this week. The Week 11 showdown will be the league’s first regular-season match in Mexico since 2005; however, the country hasn’t exactly gotten safer over the past decade.

Prior to the teams’ flights to Mexico, the league sent out very specific instructions to both teams telling them not to bring anything they don’t want stolen, not to leave the hotel, and not to order room service or eat any outside food.

In fact, in the “Safety” section of the memo, players are told specifically “DO NOT leave the hotel,” do not carry a significant amount of cash or use an ATM, and leave “expensive jewelry at home.”

Further, the “Health and Performance” section of the memo stresses the important of drinking only bottled water, never any other water in the country, and to “eat all meals in the meal room. DO NOT order room service” and “DO NOT eat outside of the team meal room.”

Of course, this incident isn’t the first time the NFL has warned its players against eating foods in foreign countries. As Baltimore Ravens wide receiver Steve Smith Sr shared with the world on Twitter back in May, the league told players over the summer that some meats may be contaminated and that athletes are responsible for what they put in their bodies.

“There is evidence that some meat produced in China and Mexico may be contaminated with clenbuterol, an anabolic agent which is banned by the NFL Policy on Performance-Enhancing Substances,” read the statement from the league office. “Consuming large quantities of meat while visiting those particular countries may result in a positive test for clenbuterol in violation of the Policy…Please take caution if you decide to consume meat, and understand that you do so at your own risk.”

“Thanks for the heads up. If you have a few steak dinners on vacation you’re screwed.”

And then there’s the little matter of the 2016 U.S. Presidential Election. President-Elect Donald Trump isn’t exactly a popular person in Mexico right now. Certainly, possible hostility in protest of the election results factored into the league’s decision to warn players against going outside at all. Mexican sports and NFL journalist Ivis Aburto, however, insists that the worst thing that may happen is a sweeping worry after the game that Trump won’t allow any more.

“There could be a small anti-Trump protest, but nothing more because people have been really looking forward to this game for many years,” said Aburto. “What could happen is that, once the euphoria from this game has passed, there could be some anxiety among Mexican NFL fans that Trump could influence the league’s plans to hold two more official games here…That’s the worst that could happen.”

The tickets sold out minutes after going on sale, and the NFL has made significant inroads with the upper and middle classes in Mexico. While soccer, obviously, remains the country’s most popular sport, the league has managed to captivate the right crowds in the nation so far (i.e. the one’s who can more easily afford tickets, apparel, and merchandise).

So let’s see how long it takes the league to screw this up.