Home All News 2014 NFL Draft: Which Teams Will Benefit Long-Term? 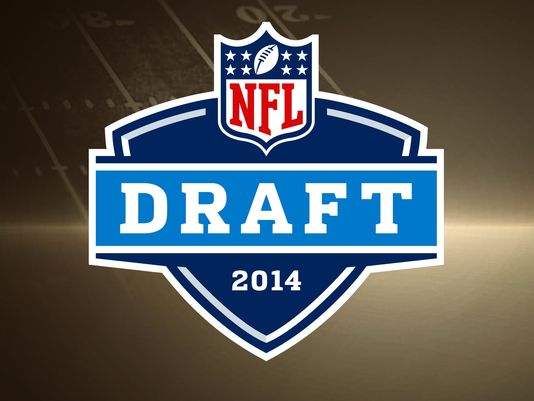 Which teams stand to gain the most from the 2014 draft, which is almost upon us?

I do not mean which team will benefit the most in the long term. That is an article for about three years from today. The teams I want to discuss are the few teams that can get better by leaps and bounds in 2014 with the help of the draft. Believe it or not, a team can make such a rebound from a poor season in 2013 with the right draft picks or trades involving some picks.

I will go ahead and list a few the hapless teams that could not be helped by 14 draft picks in the first round. Cleveland, St. Louis, Jacksonville, and Oakland are stuck in ruts that will take some time in which to dig themselves out. I hesitate to list Oakland, as I do not wish to find a spiked shoulderpad wearing freak waiting at my front door later today. These teams can get better through this upcoming draft, but the turnaround won’t come very quickly. That is not to say it is impossible for these teams to have a better year than in 2013. But if they rebound in a big way, it will not likely be the result of a fantastic draft.

There are two teams that have the best chance to greatly increase their chances of a deep playoff run in 2014 through the draft. Those franchises are the Atlanta Falcons and the Houston Texans, both of which had terribly disappointing records in 2013.

They had high expectations going into last year and for many different reasons just could not get on the right track in 2013. But their overall team is still of high quality and should be able to get back to the level of 2012, that made them both Super Bowl picks by many prognosticators. Since both teams had awful seasons last year they have top ten picks, with the Texans at #1 and the Birds at #6.

The Texans have had a problem getting over the hump of going from regular season winner to a high performing playoff team, in large part because of their QB, Matt Schaub. And after the wheels really fell off last year, Schaub was dropped like a hot potato. If the Texans end up taking the right rookie quarterback in the draft, they could easily get back in the playoff hunt. That is a big if, but some young QBs, like Russell Wilson of the Seahawks, have helped their teams almost immediately. Johnny Manziel or Blake Bortles could be the prescription for change that theTexans need. They just have to pull the trigger on the right guy.

Atlanta went from a few yards away from a Super Bowl appearance in 2012, to getting beaten up on a weekly basis in 2013. Their offense was still in tact, but they just could not seem to get everything together like they had the prior season. The defense was atrocious, just like in 2012, but the offense was not able to make up the difference this time around. They need lots of help on defense clearly, but a great pass rush would cover up many deficiencies. That pass rush could come in the form of one Jadeveon Clowney. The Falcons are rumored to be in talks to get high enough in the draft order to get the former Gamecock. Whether they can pull it off remains to be seen, but they made a similar move a few years ago to snatch Julio Jones up. Clowney can’t fix the entire Falcon defense, but he can cause enough chaos for opposing offenses that the other positions will benefit from his presence.

Most teams will not receive a grade on the draft for a couple years from now. But the Texans andFalcons have a chance to get an A+ this very season. They both are poised to make another playoff run. They just need the right guys with their first picks, and a little luck.