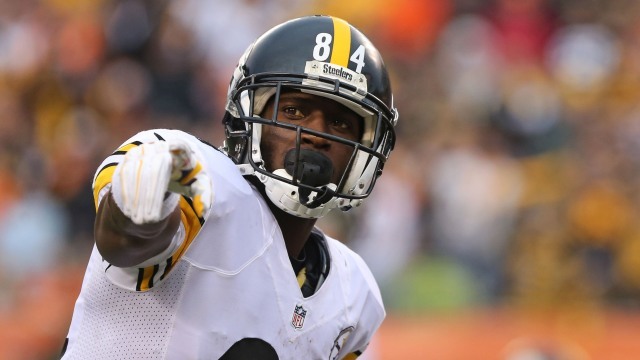 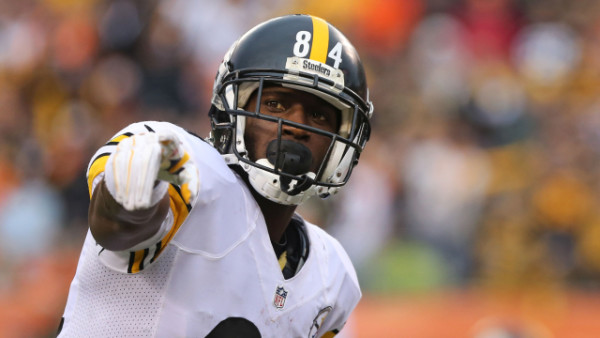 Round one of the NFL playoffs started rough with a lopsided game between the Chiefs and Texans. It got better with Pittsburgh and Cincinnati, plus we also witnessed a good one in freezing Minnesota.

Washington versus Green Bay was not what I expected, but nothing is assured in the postseason.

Homefield was no advantage in the first four games of the 2015 playoffs with each home team getting knocked out. It would have been half and half if not for a kicker needing the Heimlich Maneuver and a video game character getting a ridiculous flag in another game.

Here are the winners and losers from round one. One group moves on.The other is cleaning lockers out right now.

NFL Grown Man of the Week: Joey Porter was a loose cannon when he was playing the game. Now he’s a wiley assistant coach having an impact in the game. The only reason he was on the field was to stir the pot, not to check on Antonio Brown. The Bengals fell for it as Porter kept his hands to himself as he enraged the unstable Bengals defenders.

NFL Child of the Week: Pacman Jones is right, “Jerry” Porter should not have been on the field. Dude is a linebackers coach, not the team doctor. However, it is on Jones to check himself. He can rant about the refs and Porter all he wants, but Jones has to have self-control in that scenario. The point is to win the game, not the pissing contest. Marvin Lewis should make that clearer next year.

Winner: Andy Reid got an easy win and a shot at the New England Patriots next week. There is no “deserve” in sports. There are plenty of coaches and players who should have won titles but for varying reasons never made it to the top. Reid had five shots at going to a Super Bowl, only reaching the big game once and losing. If “deserve” was allowed in the NFL, Reid and KC would, at least, make it to the Super Bowl.

Loser: Brian Hoyer had the worst game of any player over the weekend. The kid threw four interceptions as his Texans were destroyed in their own backyard 30-0. He played well in the second half of the season, yet was a hindrance to his team in round one.

Winner: If Antonio Brown indeed flopped on the hit by Burfict then he has the acting chops for a post football soap opera run. If he is truly concussed and misses next week’s game in Denver, then we all lose out on seeing the most dynamic player in the playoffs.

Loser: Fans lose every time the commentators act so appalled at the behavior of enraged NFL players like we saw at the end of the Pittsburgh game. This is not golf and never will be. It is a kinder gentler League with safety a real priority, but the talking heads need to stop acting shocked that these amped up ballers are playing for keeps.

Winner: AJ McCarron helped bring his team back from 15-0 and the pass to AJ Green to rip the lead with a minute, and a half left was awesome. All that was forgotten with the penalties at the end on Cinci.

Loser: Vontaze Burfict went from hero to goat in a blink. He knocked out Big Ben on a nasty legal hit then picked off Landry Jones to seal the game. It came unsealed when Ben rose from the dead with a syringe full of Crocodile platelets, then Burfict got popped for the head shot on Brown.

Winner: I’d rather have Russell Wilson on a broken play than 29 other quarterbacks on a regular play. The kid has to be related to Houdini.

Loser: A fumble is tragic in a big game like we saw with Jeremy Hill. Ball security is so important, yet sometimes it just gets away from you. His fumble led to the defensive collapse at the end.

Winner: The Seattle D owned Adrian Peterson and stripped him of the ball on a play that led to the go-ahead FG by Seattle.

Loser: Blair Walsh’s job is to kick field goals. He doesn’t have to study game film, worry about concussions, or be in great shape. He didn’t do his one job with a playoff win on the line, and all the guys that are required to do all the football things listed above were let down by Walsh.

Winner: Aaron Rodgers looked like his old self. Actually, it was Cobb and Adams who looked like they remembered how to get open and actually catch the football. Rodgers has been himself all along. It was his wideouts who were letting him down. Look for the receivers to go back in their shell when they face a tough defense in Arizona next week.

Loser: AP is the best running back in the NFL, yet does his team no good in big games. He is not a pass catching threat and can’t be trusted to hold onto the ball in crunch time.

Loser: Kirk Cousins could have kept his great story going with a win over Green Bay, but it had to end sooner or later. This was a team loss, not a failure from Cousins, though. Look for more good things from Cousins in 2016.

Loser: Carolina, who should be waiting on Minnesota next week. Thanks to a choking kicker, they have a real shot at being upset by Russell Wilson and his gang of big game headhunters.