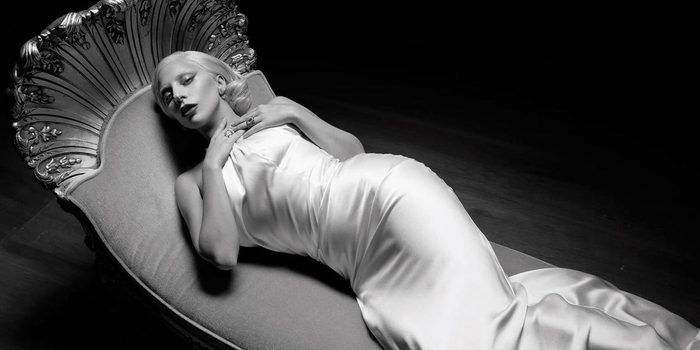 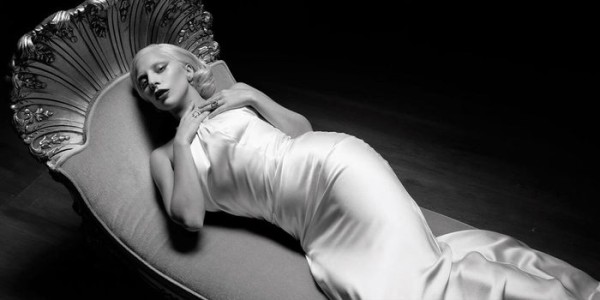 That Golden Globe isn’t the only thing that Lady Gaga has to be excited for these days; the singer-turned-actress can also now boast that she has a season of American Horror Story under her belt. This week FX aired the finale of American Horror Story: Hotel, which is the fifth installment of the horror anthology series. In “Be Our Guest,” the characters realize that they only have limited time to turn Hotel Cortez around, as they are unfortunately stuck living in it with each other for eternity.

The episode kicks off with Liz and Iris, evidently determined to rebrand the hotel. The duo warmly welcomes a pair of guests into the newly renovated hotel, which they paid for by liquidating numerous of The Countess’ art pieces. Liz guides the couple into their hotel room, which is much more airy and modern than what was seen in previous episodes. Unfortunately, Sally infringes on Liz and Iris’ plan, as she shows up in the guests’ room uninvited and gushes on about all of the horrors that haunt the hotel – renovated or not. Not too long after both of the guests are murdered thanks to Sally and Will Drake, who admits he is “new” to the killing game.

Following this incident, Liz and Iris take it upon themselves to call a hotel meeting. Here, Liz and Iris request that the ghosts of the hotel stop killing the guests so that the hotel can be a destination spot once again. Most of the residents seem to be okay with their request, including Mr. March, who claims that he is ready to move on from his murderous days, except Will and Sally who remain adamant that they continue brutally killing the hotel guests. Fortunately, Mr. March takes a stand and orders the residents to follow the “no kill” rule and even goes on to threaten merciless torture on Sally if she disobeys.

Later, Iris confronts Sally about her unpleasant reaction to the new law of the land. Iris tries to relate to Sally, explaining that she feels the same pain from losing Donovan that Sally feels from losing Detective Lowe. However, this isn’t very successful – thus, Iris resorts to gifting Sally with a tablet and smartphone that is loaded with all of the social media platforms one could ask for. Iris explains that no one has to be alone for “even a second” now that the world has access to things like Facebook, Instagram, and Twitter. And while it seems like a pretty simple solution, the Internet turns out to be just what Sally needed fill her void and banish her feelings of loneliness.

Meanwhile, Liz takes on Will, who also expressed objection to the “no kill” rule. Liz quickly identifies that Will needs another outlet to let out his creativity. So Liz winds up convincing him to let her be the intermediary for his fashion business. Thus, Will can still innovate for his self-titled brand and even capitalize on the fact that he mysteriously disappeared. The two eventually begin putting on exclusive fashion shows at the hotel, which showcase all of Will Drake’s sought-after designs.

Despite having so much going on, Liz feels dissatisfied and expresses to Iris that she still misses Tristan. This prompts Iris to reach out to Billie Dean Howard (reprised by Sara Paulson), who you may recognize as the psychic from the Murder House. Billie tries to reach Tristan from the dead so that Liz can get some closure. However, Tristan refuses to talk to Liz – triggering her to proclaim, “Love kills a lot more than hate.”

Shortly after Billie is also able to reach Donovan – Iris’ dead son. Billie explains that Donovan is living the afterlife in somewhere beautiful, which smells like Iris’ “pancakes.” Iris clearly finds solace when Billie reveals that Donovan told her to tell his mom he loved her.

Although she was unable to find closure with Tristan, Liz does find some happiness when her son’s wife is pregnant and births Liz’s first grandchild. Unfortunately, her bliss is cut short when she is diagnosed with terminal prostate cancer. Subsequently, Liz calls all of the hotel’s ghosts together and advises them to kill her so that she can forever live in the hotel with them – her family. The hotel residents obey her wishes but are interrupted by The Countess, who comes in at the last moment. In possibly the most emotionally pleasing murder scene ever, The Countess compliments Liz as being her “most fondest creation” and proceeds to slit her throat and seal her fate in the hotel for eternity. To top it all off, Liz is finally reunited with Tristan, who explains that he pretended to be mad at her because he loves her so much and knew she had more “living to do.” American Horror Story isn’t one to give too many of its characters a happy end, but if anyone deserves one, it is definitely Liz Taylor.

While all of this is happening, it turns out that Billie the psychic has been capitalizing on the paranormal activity at the hotel – including filming numerous television specials. Unfortunately, this has developed a reputation for the hotel that the residents aren’t too fond of.

It is then revealed that Detective John Lowe had established himself as a legendary serial killer in the real world – killing those who “deserved” it; This leads to him being pursued by the police and eventually getting shot right in front of the hotel – where he, Alex and Holden were living. John was able to crawl his way back into the building and die within its walls. Thus, John is roaming around the hotel and is happy to prey on Billie – who is also continuously exploiting John’s story for her own personal gain.

John decides to lead Billie into the hotel’s annual “Devil’s Night,” which you may recall as the special dinner event attended by numerous dead serial killers. Although Billie preaches that she loves being in the company of spirits, she quickly realizes she is in way over her head when she is surrounded by so many figures that were known for their blood-curdling crimes.

Soon Billie finds herself surrounded by the killers, who give her an ultimatum: no more specials or interviews about Hotel Cortez or be killed and forced to live in it forever. Stubbornly, Billie brags that they cannot follow her outside the hotel. However, Ramona shows up and threatens Billie, revealing that she can, in fact, leave the hotel and would be happy to take care of her if she doesn’t stand by her word – which turns out to be enough to get Billie to leave them all alone.

The episode ends with Scarlet visiting her family at the hotel. Scarlet, who is much more grown up, apparently visits every year and bonds with her never-aging parents and little brother.

Of course, the season couldn’t wrap up without one more fashion moment from Gaga, who is seen sporting a racy blue gown as she preys on a handsome guest at the hotel bar. The Countess begins her artful seduction routine and obviously has all kinds of plans running through her head as she tells him, “You have a jawline for days.”

And with that American Horror Story: Hotel is complete. At this point, there have not been any in-depth details revealed about next season. However, it is rumored that Jessica Lange will most likely be returning after taking this season off. My guess is Gaga will also be coming back, as she evidently had a very successful first stint on the show.