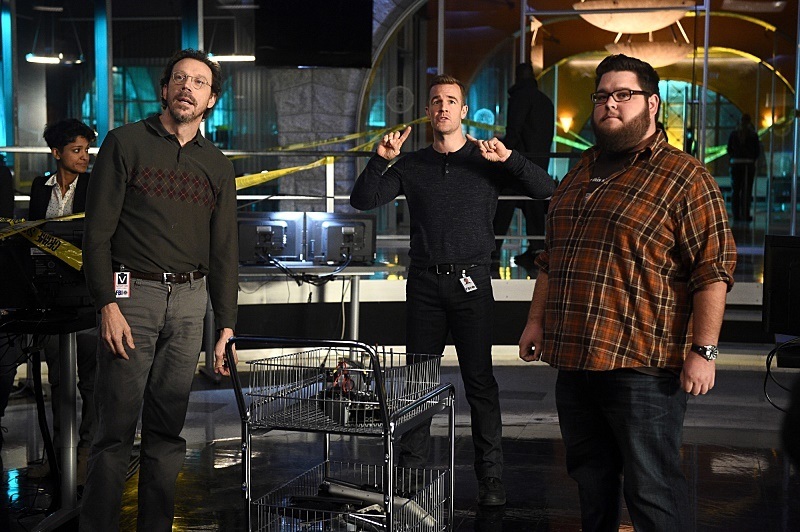 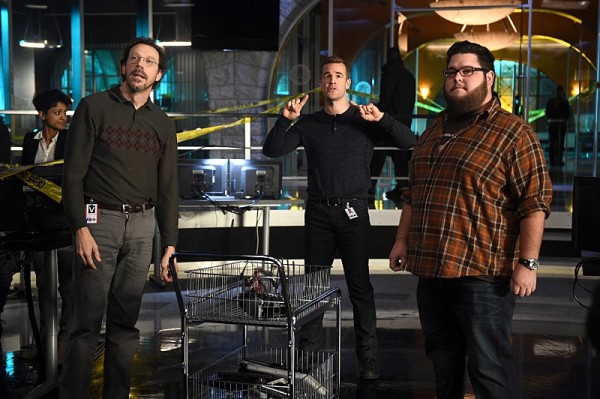 On this week’s episode of “CSI: Cyber,” an air traffic control center lost track of a passenger plane. The incident was reported to the FBI‘s cyber team. A hacker intruded the flight, and Agent Ryan said the person may have hacked into the NAS.

Meanwhile, Daniel set up a date with a fellow FBI agent, Roselyn. He and Nelson ran into Emmitt Smith. Nelson challenged him to a hoverboard race.

Agent Ryan went to a press conference about the plane that disappeared. Agent Ryan spoke to the press and told them they had no idea where the plane was. She promised to do everything she could to find the plane.

Daniel said the plane’s GPS should tell them where it was, but instead they were seeing 50 versions of the same plane. Daniel determined the plane crashed in Wilmington, North Carolina. A team of cops and firefighters went to where it was determined that the plane had crashed, but nothing was there, so Daniel and Agent Mundo went to investigate. They found an inflatable antenna in a tree at the crash site. The radio in the antenna was what was responsible for telling the control center where the plane in question was. Agent Mundo determined they had a cyber hijacking on their hands.

Daniel determined someone must have taken a piece of equipment on the plane that would interfere with the signals that keep the plane following its flight plan. He said the pilot had no idea he only had two hours of fuel left, and so there would be no plans about where to land. Agents Mundo and Ryan determined that there were 71 passengers and four crew members on the plane, and one of them must have the interference equipment.

After searching the passenger list, they found one named Edger Miller who had bought his plane ticket at the airport the day of the flight. Using social media Edger Miller was found to be a mechanical engineer, which would give him the knowledge on how to interfere with signals being sent to the plane to keep it on course. Another passenger suspected was Paul Lammer, who was an ex-military personnel who had only bought a one-way ticket for his trip. They also found Erica Chan, a passenger with a Chinese passport and no social media presence. They determined that the pilot of the plane had recently become single.

Artie, who had helped the FBI team on a previous case, told Agent Ryan he saw a news report of the plane disappearing, and he thought he could help them find it. They tested signal blockers to try and determine what happened. Artie reconstructed the plane to help them figure it out. He then used a blocker he had brought to block signals to all the equipment at FBI headquarters.

Agent Mundo asked how a passenger could get a blocker past airport security since its a large object. They found an implanted insulin pump on the co-pilot of the plane. Erica Chan was found to have portable oxygen for emphysema. Agent Ryan said that meant Erica was the hijacker, and she thought she was after someone else on the flight. Erica took the seat next to a male passenger who turned out to be a U.S. Marshall, distracted him and slipped something in his drink.

The team pinpointed where the plane was and figured out that Erica was awaiting instructions as to which of her fellow passengers she was targeting to kill. Daniel sent a message to Erica through the plane’s entertainment system saying it was time for her to negotiate with the FBI. The pilot was able to regain control of the plane and land it safely.