This week’s American Crime went deeper into the subject matter with interview segments from parents and teachers who’ve experienced the tragedies of season two so far. There were teachers from Columbine, as well as students who were bullied for being gay, along with a parent of a young man who committed suicide after being mentally tortured at his high school.

After last week’s shooting of Wes Baxter, the school has Coach Sullivan giving a speech in the gym to console the kids. This man did nothing to control the initial situation that was caused by his basketball team, yet he is put out front as a leader that can bring the school back together after the murder of one of its students.

We see Dr. Graham as a complete mess for the first time. She deserves everything she’s doing to herself and hopefully the guilt eats her alive.

The show touches on gun violence of course. And guns certainly do make situations like this one worse, but all of this was caused by a bunch of uncaring assholes. If one leader had stepped up for the victim, much of what we’ve seen this season would have never transpired.

Anne’s visit to Taylor in jail made reference to the hit list in his journal. She is holding out hope that a lawyer will work some miracle for her boy.

His life is over. No public defender will even try to get this to trial and will hand the kid over to the wolves with a plea bargain.

We saw how Eric’s mom decides to handle this mess when she sells everything she owns and offers to take Peter away from all this trouble. This lady is awful and still thinks her husband did something to Eric, even though there’s no evidence of that at all.

Part of what Graham is dealing with is the fact that she realizes she should have been the one shot instead of the bully Wes Baxter. Of course, she also knows she didn’t lift a finger to help Taylor. 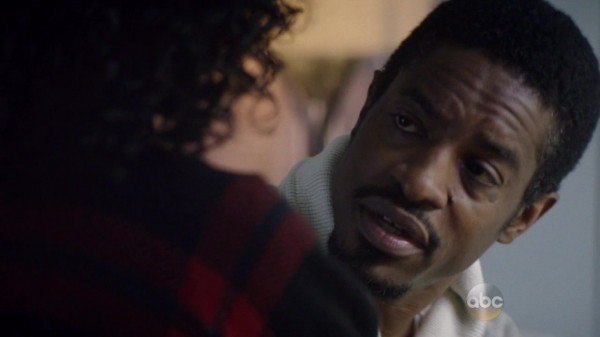 Amazingly Michael LaCroix feels vindicated after the shooting. The fact that Anne is seen as a nut-job and Taylor is apparently a lunatic willing to use a gun to settle his dispute, shows Kevin to be innocent? Pretty strange logic.

Things get really interesting when Sebastian heads off to Indiana from Wisconsin. This guy is bringing the only kind of justice Taylor can hope to get.

There was a nasty exchange between Sullivan and Graham as he still doesn’t hold his team responsible for anything that happened. He makes it clear that she is the only one who hasn’t gotten hurt by all this. She’s worried about her job of course and knows how it’ll look if she is ultimately dismissed. She would be unemployable.

Coach got a wake-up call when his daughter confessed to selling drugs to Taylor on the day of the shooting. He went the same route as Graham by circling the wagons immediately. He destroys her phone and tells her they will keep the secret. His wife is terribly shaken and asks “Who do we call?” She’s dumb as a bag of hammers!

Coach tells her to keep her mouth shut and is basically blaming her for having pills and weed laying around to be stolen by their kid in the first place.

Eric and Kevin have a little talk on the basketball courts. Eric lets Kevin know that he caused the shooting by ordering the beating that Taylor took from the team. Kevin is supposed to be the leader of the team, yet is not taking any responsibility. Just like Sullivan and Graham.

If Kevin steps up at the Captains’ Party, maybe none of this happens.

Anne finally meets with Sebastian, who tries to explain how he can help. He tells her the police are not able to help her and don’t care anyway. He wants permission from her to dig deeper in order to punish the people who did this to Taylor.

“If you’re going to stand for what’s right, you’ve got to stand apart,” he tells her. Translation: Shit’s about to hit every fan at Leyland! 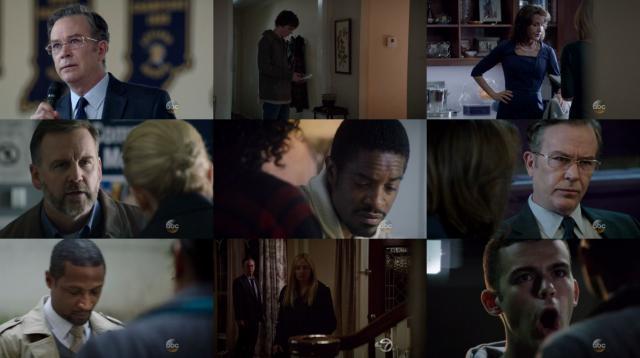 I can’t wait until next week as Sebastian hopefully wreaks havoc on the leaders who could have helped Taylor’s situation instead of making it worse. Any and all cover ups are going to be exposed online for the world to see, just like Taylor’s photos the night of the party.