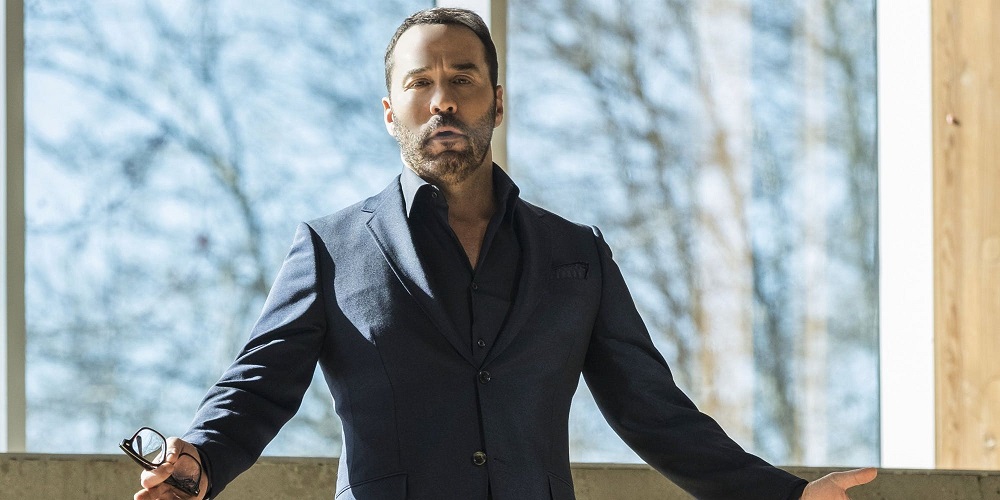 The floodgates have opened as men and women are coming forth with new allegations about both Kevin Spacey and Jeremy Piven.

Even Dustin Hoffman has been accused of sexually harassing a 17-year-old, so we know the hits will keep coming steadily. You can imagine that after decades of this going on, we’re not even at the tip of the iceberg yet with these claims.

Hollywood’s widening sexual harassment crisis brought forth a second actor’s allegation against Kevin Spacey on Tuesday, halted production on his Netflix series “House of Cards” and prompted CBS to check into an actress’ claim she was groped by Jeremy Piven.

Mexican actor Robert Cavazos wrote on his Facebook page that he encountered Spacey at the bar of London’s Old Vic Theatre, where Spacey was artistic director, and the actor tried to fondle him against his will.

“It was more common for this guy, when he was in the bar of his theater, grabbing whoever caught his attention,” Cavazos wrote. “I didn’t stand for it, but I know some people who were afraid to stop it.”

Cavazos declined an interview request. There was no immediate reply to a request for comment from representatives for Spacey, who was artistic director from 2004-15.

In a statement Tuesday, the theater expressed “deep dismay” at the allegations and said, “inappropriate behavior by anyone working at The Old Vic is completely unacceptable.”

Weinstein has denied engaging in any non-consensual sexual contact.

Dozens of women, including actresses Selma Blair and Rachel McAdams, have alleged that writer and director James Toback sexually harassed or assaulted them.

Toback has denied the allegations.

On Tuesday, however, the Beverly Hills Police Department said it was investigating both men after receiving “multiple complaints,” although the department did not specify the nature of the complaints.

On Monday, Netflix said it would end “House of Cards” after its upcoming sixth and final season, although the streaming network said the decision was made before the BuzzFeed News report on Spacey last weekend. The network has not commented on plans for a Gore Vidal biopic starring Spacey that is currently in production.

The pause in production Tuesday shadows the fate of the last season.

Also Tuesday, CBS said it is “looking into” a claim by actress and reality star Ariane Bellamar that Emmy-winning “Entourage” star Piven groped her on two occasions.

On her Twitter account Monday, Bellamar alleged that one encounter took place in Piven’s trailer on HBO’s “Entourage” set and the other occurred at the Playboy Mansion.

Piven, who stars in the new CBS series “Wisdom of the Crowd,” said in a statement that he “unequivocally” denies the “appalling allegations being peddled about me.”

“It did not happen. It takes a great deal of courage for victims to come forward with their histories, and my hope is that the allegations about me that didn’t happen, do not detract from stories that should be heard,” he said.

In a Monday interview with media outlets, Piven said he was glad people had come forward with allegations against Harvey Weinstein and that he had never been in that situation.

HBO, which aired the 2004-11 series, said in a statement that it was unaware of Bellamar’s allegations until they were reported by media.

“Everyone at HBO and our productions is aware that zero tolerance for sexual harassment is our policy. Anyone experiencing an unsafe working environment has several avenues for making complaints that we take very seriously,” the channel said.

Netflix’s actions involving “House of Cards” are rare in an industry that puts commerce first.

Shows are infrequently derailed by concerns other than their ratings performance, said TV historian and former network executive Tim Brooks.

“It usually depends on how popular the show is, not to put too fine a point on it,” Brooks said Tuesday.

The widespread tumult has prompted unusual actions, such as Weinstein being booted from industry organizations, and created a climate of uncertainty. But a look back shows that Hollywood has dealt with disruption before, with even beloved shows and actors fighting to keep their balance amid controversy.

During the 1950s “red scare,” Brooks said, “I Love Lucy” star Lucille Ball was accused of being a communist sympathizer. The sitcom co-starred her husband, Desi Arnaz, who took action.

“Desi came out before a studio taping and said, ’The only thing red about Lucy is her hair, and even that’s not real,’” using humor to effectively defuse the situation, Brooks said. The show’s No. 1 status also helped.

Popularity and audience acceptance of a star’s personal issues aided “Mickey Spillane’s Mike Hammer” when lead actor Stacey Keach served six months in jail for a drug-related arrest in England in the mid-1980s.

“Grey’s Anatomy” was swamped by controversy in late 2006 when an on-set scuffle broke out between stars Patrick Dempsey and Isaiah Washington over Washington’s use of a gay slur regarding another cast member.

After Washington repeated the slur at the 2007 Golden Globes while denying he had used it, ABC rebuked him publicly, as did co-star Katherine Heigl. He was subsequently fired, and the medical drama from TV hitmaker Shonda Rhimes sailed on even as Washington blamed racism for his treatment.

Bill Cosby has felt the professional as well as the legal brunt of multiple accusations of decades-old sexual offenses.

Three years ago, when multiple women accused Bill Cosby of decades-old sexual offenses, the comedian’s ambitious standup comedy tour was dotted with cancellations, NBC dropped development of a new show with him and Netflix pulled the plug on a stand-up special.

An actor’s popularity with his cast mates can determine his fate, Brooks said.

“If they like him, if they get along with him, it’s easy enough to say, ‘If I don’t get my career ruined in this, I’ll stick with him,’” he said.

How Spacey’s cast mates are reacting to the allegations remains to be seen. Robin Wright, who stars opposite Spacey as his wife, hasn’t commented publicly, but her Twitter feed includes a number of posts backing social issues including female rights and education.

Netflix and “House of Cards” producer Media Rights Capital had already decided to end the series at the end of next season, its sixth, but on Tuesday they chose to pause the production, which is filmed in Baltimore, “to give us time to review the current situation and to address any concerns of our cast and crew.” Spacey was not scheduled to work that day.

The move comes after actor Anthony Rapp came forward with claims Spacey made inappropriate sexual advances toward him in 1986, when he was 14.

Spacey responded by saying he doesn’t remember the alleged encounter but if he acted the way Rapp alleges, “I owe him the sincerest apology for what would have been deeply inappropriate drunken behavior.” He also spoke publicly for the first time about being gay, which draw backlash from some observers as an attempt at deflection.

The fallout for Spacey also included the loss of an award he was going to get later this month by The International Academy of Television Arts & Sciences. The group says “it will not honor Kevin Spacey with the 2017 International Emmy Founders Award,” which is to honor “an individual who crosses cultural boundaries to touch humanity.” Spacey was to get it at a gala on Nov. 20 in New York City. Past recipients include Rhimes, Steven Spielberg, and J.J. Abrams.

A release date for the final “House of Cards” episodes has yet to be announced. Netflix is developing a possible spinoff of the award-winning drama that helped put the streaming service on the TV series map.

The Independent newspaper, Press Association and Sky News say London’s Metropolitan Police is now investigating allegations against Weinstein by seven women over incidents that reportedly took place from the 1980s to 2015. Weinstein is also being investigated by police in New York and Los Angeles.