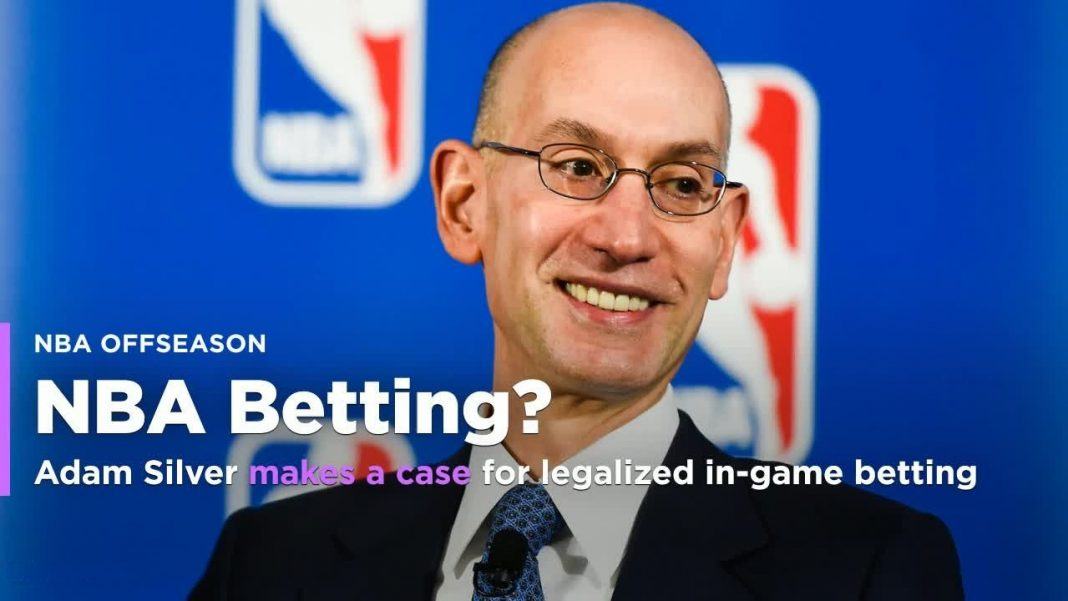 The Supreme Court agreed to hear an appeal from New Jersey in the state’s quest to legalize sports betting, reheating the debate over betting in the United States.

Things came to a boil Tuesday as the commissioners from all four major sports—Gary Bettman from the NHL, Rob Manfred from the MLB, Adam Silver from the NBA, and good ole Roger Goodell from the NFL—came together at the Paley Center for Media in New York City for the “GameChangers: Creating the Future of Sports” panel.

When it came to the topic of sports betting and gambling in the United States, Silver, for one, believes that a shift in policy may be coming soon.

“My sense is the law will change in the next few years in the United States,” said Silver.

The NBA struck an equity deal back in 2014 with daily fantasy sports site FanDuel in a move to get in on the one-day fantasy craze. Silver has witnessed firsthand how sports betting, especially betting throughout the game, can increase fan engagement and excitement.

“People want to bet throughout the game,” continued Silver. “It results in enormous additional engagement with the fans.”

Baseball’s Manfred has also been pro-betting and legalization of it since taking over the MLB.

“If there’s going to be a change in the regulatory structure with respects to sports gambling, we needed to be in a position to meaningfully engage and shape, try to shape what the new regulatory scheme looks like,” said Manfred.

Manfred, however, has expressed some concern over in-game betting and fast-pace gambling.

“There’s a difference between someone betting on whether the next ball is a strike or betting on the outcome of a game.”

Hockey’s Bettman hasn’t said much on the issue, deferring everything to the bigger guys.

“We’re a small part of betting compared to football and basketball,” said Bettman. “…I don’t worry about fixing games.”

And, of course, wherever there’s fun, there’s Goodell to ruin it. The NFL has publicly opposed sports betting in the past; however, Goodell will need to shape up that opinion as the Oakland Raiders get ready to move on to Las Vegas in two years.

The Supreme Court is expected to hear arguments by early 2018 in the New Jersey case. Personally, I don’t think sports betting is any more dangerous than a casino. Why shouldn’t it be legal?