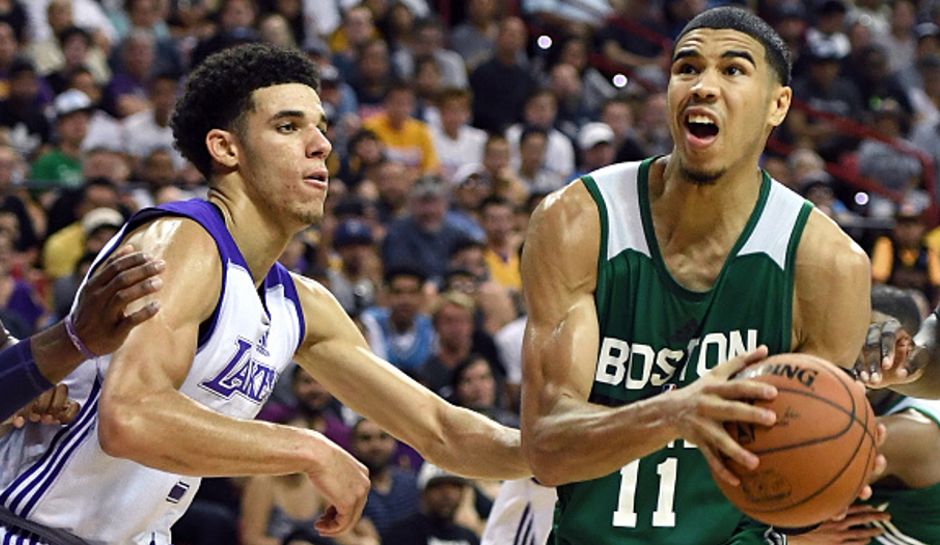 The Los Angeles Lakers won the NBA Summer League behind the phenomenal play of second-overall pick in the 2017 NBA Draft and Summer League MVP Lonzo Ball. If you didn’t closely follow everything going on in Las Vegas this summer, that might be able the only piece of news you heard.

What you might have missed is the dazzling performance of the Boston Celtics new draft pick, the third-overall selection, Jayson Tatum. The 6’8 forward shined among rookies and reserves, giving Boston fans hope to compete with the Cleveland Cavaliers as early as this season.

Tatum did so well at Summer League that he even drew comparisons from Boston coaches, including assistant coach Walter McCarty, to one of the greatest basketball players the city has ever seen.

“He really reminds me of Paul Pierce,” said McCarty. “With the footwork and how he scores, just lulling you to sleep. With Paul, he could get to his shot no matter who was guarding him. Tatum plays the same way.”

Tatum showed that he can score in any situation, and the Celtics proved his ability to run the floor, which is very important in the position-less system that head coach Brad Stevens runs in Boston.

“He just has a natural ability to score,” continued McCarty. “Right hand, left hand, rise up and finish, shoot over you. He has it all. The footwork is impeccable. The one-legged jump shots, the step-throughs, the in-and-outs. He really has a chance to be special. And he wants to be a great.”

The Celtics have a lot going for them right now. The C’s traded down to from No. 1 overall to No. 3 overall, acquiring Tatum and either the Los Angeles Lakers or Sacramento Kings early pick in 2018 or 2019. The Celtics signed Gordon Hayward in the offseason and still have Isaiah Thomas, Al Horford, Marcus Smart, and Jae Crowder on roster for now. The team is coming off the No. 1 seed in the Eastern Conference, though they didn’t handle the Cavs well at all in the Eastern Conference Finals.

Boston will receive the Brooklyn Nets first-round pick for one final year in 2018. The team has more than enough to make a move on New Orleans Pelicans forward Anthony Davis should NOLA’s season not pan out as expected.

But, for now, Tatum might be the piece Hayward and company need to legitimately compete in the East.